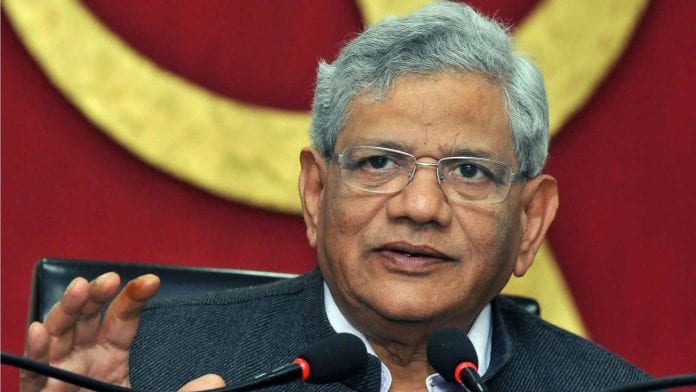 The Citizenship Amendment Act (CAA) is not essentially a magnanimous gesture of inclusion but a bid to isolate the minority Muslim community, Communist Party of India (Marxist) [CPI-M] general secretary Sitaram Yechury has said.

Recalling his term in the Rajya Sabha, Yechury said, “When NPR was introduced, we said it was a duplication of the Aadhaar. We got a written reply from the Home Minister that NPR was the basis for the NRC. But, now the Prime Minister himself claims that NPR, NRC, and CAA do not have any connection.”

Global capitalist forces worked in every country and they had their agenda, he said. “In India, the agenda is to convert our secular democratic republic into what the RSS envisions  – a Fascistic state based on Savarkar’s ideals of Hindutva. And, Hindutva, has nothing to do with the Hindu religion,” he said.

On the current economic slowdown, he said the prolonged crisis of global capitalism was testimony to the failure of the neoliberal trajectory.

“As long as the Soviet Union existed, there was a counter-power to capitalism. So, capitalism had to blunt the growth of socialist ideas and welfare economy,” he said.

Yechury was at the book fair to launch the sales campaign of the Tamil version of the Communist Manifesto. He handed over a copy to novelist S. Ramakrishnan.

Why coronavirus may bring succour to Assam’s ‘stepchildrenR...