The per capita expenditure on the Special Protection Group (SPG), which currently extends security only to the country’s prime minister, has skyrocketed about six times this year as compared to 2019. While it was just ₹90 crore per person last year, this year’s budget allocated ₹592 crore for the SPG for the security cover of only the prime minister.

The revised estimate for last year’s allocation for the SPG was around ₹540 crore while this year it’s ₹592 crore. However, until last year, the SPG provided security to several other leaders, including the Gandhis and former prime ministers. But, the government amended the SPG Act, 1988 in November 2019, to make SPG cover available to former prime ministers and their immediate family members for only five years after the end of their terms.

Until recently, the SPG cover included Congress president Sonia Gandhi and party leaders Rahul Gandhi and Priyanka Gandhi Vadra. But, the recent amendment withdrew all their SPG covers and they were granted Z plus security. Former prime minister Manmohan Singh and his wife’s security was also entrusted to the CRPF in August 2019. Former prime minister Atal Bihari Vajpayee also availed the SPG cover until his demise in August 2018. 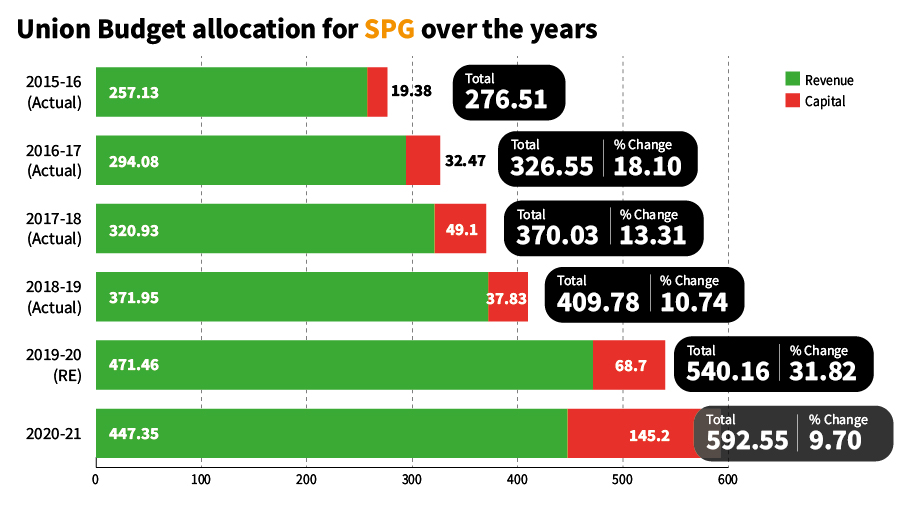 Currently, only Prime Minister Narendra Modi receives SPG cover and the cost of his security is around ₹1.62 crore per day. This was revealed by the home ministry in response to a question asked by Tamil Nadu parliamentarian Dayanidhi Maran about the SPG protectees in the country.

Minister of State for Home Affairs G Kishan Reddy also informed that security is provided on the basis of threat assessment by the Central Security Agency. It is subject to periodic review, based on which, the security cover is continued, withdrawn or modified. He added the details of individuals and their security cannot be disclosed due to security reasons.

The hike in per capita expenditure comes despite a decline in number of protectees from six to one. Besides, the capital expenditure too has doubled this year. It was ₹68.7 crore in 2019-20 when it had six persons to serve while the current budget outlay puts it at ₹145 crore. Over the last five years, the budget has almost doubled while the number of protectees declined. 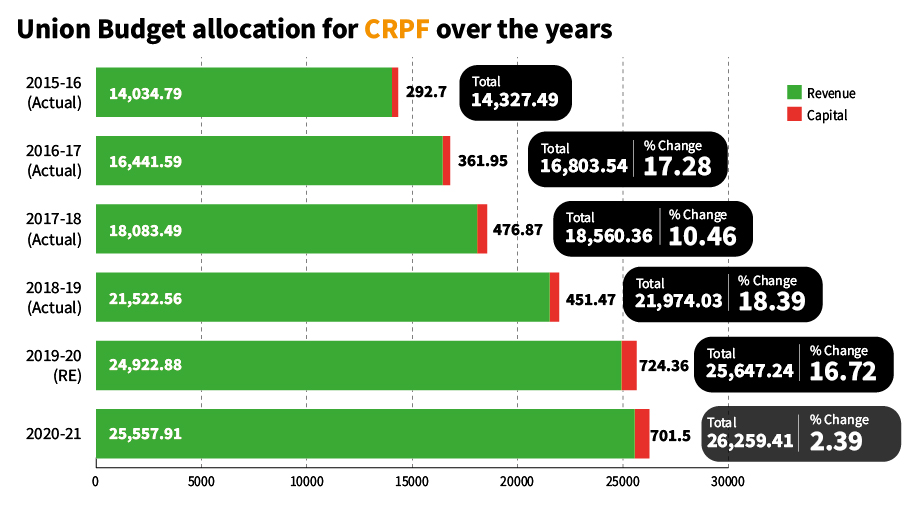 Meanwhile, the CRPF, which provides a different category of security covers to 56 VIPs in the country, has a budget outlay of ₹26,259 crore. However, the outlay does not reflect the actual per capita cost of the security given by the force. This is because the CRPF performs many other roles in the internal security of the nation besides providing VIP security.

The SPG was formed after the assassination of Indira Gandhi to extend the security cover of the Prime Minister of India. Sonia Gandhi and her children were provided SPG cover only after former prime minister Rajiv Gandhi’s assassination in 1991.