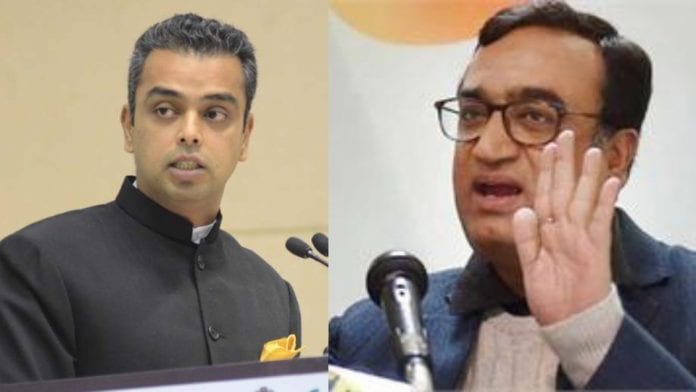 When wished poured in for Arvind Kejriwal, who took over as Delhi Chief Minister for the third consecutive time, Congress leader Milind Deora pointed out the administration flaws in his government on Sunday (February 16).

Taking it to Twitter, the Maharashtra Congress leader said that Kejriwal-led government doubled its revenues to ₹60,000 crore and maintained a revenue surplus over the past 5 years.

Food for thought: Delhi is now one of India’s most fiscally prudent governments pic.twitter.com/bBFjbfYhoC

However, leading to a war of words over the wrong facts, Delhi Congress leader Ajay Maken shunned down Deroa’s comments.

In reply to the accusation, Maken asked Deora to leave the party if he wanted too and not propagate “half-baked facts.” He also shared the lesser-known facts of both the Congress and the AAP.

Maken, who has served as the Speaker of the Delhi Assembly in the past, said, “During the Congress, government grew at 14.87% CAGR, while AAP government at 9.90% CAGR.”

Pointing out that, if the Congress could have highlighted Sheila’s achievements, on Monday he said, the party would’ve been in power today.

But it’s never too late to change!

Instead of advocating an alliance with AAP, if only you had highlighted Sheila ji’s achievements, @INCIndia would’ve been in power today https://t.co/aiZYdizdUL

Delhi Congress leader Radhika Khera too hit out at Milind Deora and said his comments are “extremely disappointing”.