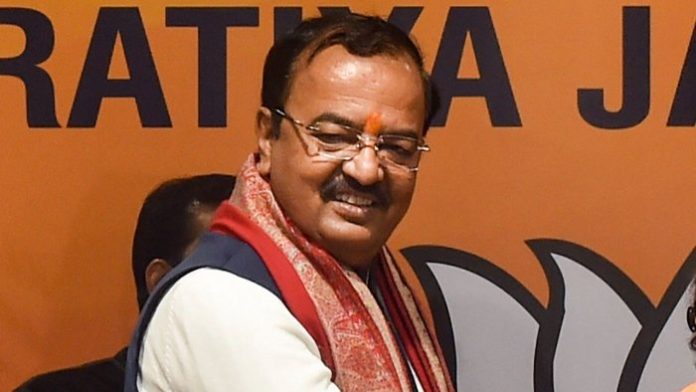 According to UP deputy CM, The nullification of article 370, construction of a Ram temple in Ayodhya and a uniform code are all top priorities for the BJP. File PTI pic

The BJP-ruled state governments seem to be now batting for the Uniform Civil Code (UCC). After Uttarakhand, the Uttar Pradesh government has said they are “seriously” mulling over implementing the UCC in the state whether the Opposition is in favour of it or not.

Talking to the media on Saturday (April 23), UP deputy chief minister Keshav Prasad Maurya said that he was in favour of the UCC since one law should prevail for all in one country. “One law for all in one country is the need of the hour. It is required that we should get out of the system of one law for one person and another for others. We are in favour of a common civil code,” Maurya said.

His comments come in the wake of the Union home minister Amit Shah reportedly telling BJP party functionaries in Bhopal the day before that it is time to start focussing on the UCC. Shah had said that the UCC will be implemented in Uttarakhand as a pilot project for which a draft was in the process of being prepared.

“Issues like CAA, Ram Mandir, Article 370 and triple talaq have been resolved… in time this will be too,” Shah had said, according to news reports.

Also read: A brief history of uniform civil code, and why the idea wouldn’t go away

Meanwhile, Uttar Pradesh’s deputy CM went all out to support the UCC. “Our government is going to implement the uniform code. There is a serious discussion going on in all BJP-governed states,” he said, arguing that if all government schemes were being implemented uniformly for all sections of society in the country in accordance with the approach of sabka saath sabka vikas, why should a common code not be implemented as well?

Non-BJP government states should also adopt it since it is necessary for “inclusive growth”, he said, adding the “common civil code is such a thing which should not only be demanded but also welcomed by all”.

According to Maurya, UCC is very important for UP as well as the rest of the country. The nullification of article 370, construction of a Ram temple in Ayodhya and a uniform code are all top priorities for the BJP, he said, adding that if the Opposition supports it well and good; if they don’t, it does not mean that we will not consider it.

Further, he said that Article 370 was nullified despite the Opposition not supporting it, the UCC will be implemented in the same manner.

Meanwhile, in Uttarakhand, the first step towards introducing the UCC in Uttarakhand was as the state Cabinet approved the setting up of a committee to draft the UCC.

The Uttarakhand CM Pushkar Singh Dhami said that we need a Uniform Civil Code as we share our borders with two countries. “Every family in Uttarakhand has someone in the armed forces. Uttarakhand is also a cultural and spiritual centre,” he added

According to Dhami, the UCC will bring equality in the applicability of the same law for everyone. Article 44 of the Constitution of India empowers the state governments to implement UCC, he said. Article 44, which is part of the Directive Principles of State Policy of the Indian Constitution, states: “The State shall endeavor to secure for the citizens a uniform civil code throughout the territory of India.”

During the election campaign in the recently held UP polls, UP CM Yogi Adityanath too had spoken in favour of one law for the entire country. He had said the matter would be taken up at the right time.

In Madhya Pradesh, senior BJP leader and Rajya Sabha MP Ajay Pratap Singh has written to MP CM Shivraj Singh Chouhan urging him to constitute a committee to look into different aspects of implementation of a common civil code.