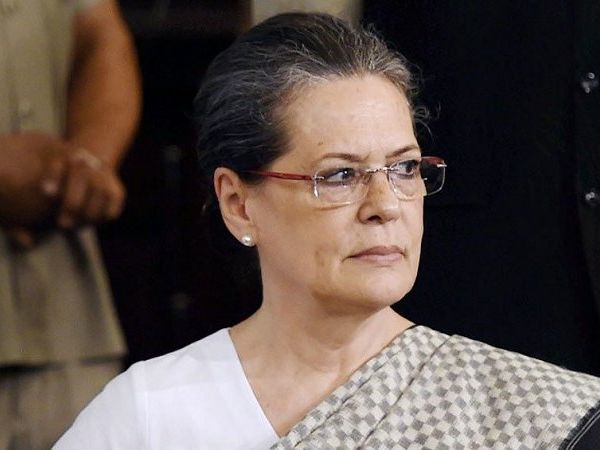 Congress president Sonia Gandhi on Thursday (November 28) hit out at the BJP accusing it of making shameless attempts to “subvert democracy” in Maharashtra and to blatantly sabotage the three-party alliance from coming to power in the state.

Addressing the Congress Parliamentary Party meeting in Parliament House, she also attacked the governor of the state, Bhagat Singh Koshyari, saying he had acted in an “unprecedented and reprehensible manner”.

“There is no doubt that he (Koshyari) acted under the instructions of the Prime Minister and the Home Minister. The BJPs pre-poll alliance did not hold because of its own arrogance and over-confidence. Every effort was made to blatantly sabotage the three-party alliance government formation, but we appealed to the Supreme Court and the Modi-Shah government was totally exposed. Let me assure you, we three parties are united in our resolve to defeat the BJPs sordid manipulations,” she said at the meeting attended by all Congress MPs from Lok Sabha and Rajya Sabha.

Gandhi said it was clear that the Modi-Shah government is “bankrupt” of decency and clueless on how to manage the grave problems facing the country. The Congress president added that the economic crisis in the country was deepening and growth was declining, unemployment growing and investment not happening.

“There is worsening distress among farmers, traders and small and medium businesses. Consumption, especially in rural areas, is falling. Exports are declining. And the prices of essential food commodities are rising, causing hardship to households. Instead of tackling the problem, the Modi-Shah government is busy fudging statistics or, indeed, not publishing them at all! The public sector has been put on the block, in all probability, to be sold off to a few favoured business people. What will he the fate of the thousands of workers at those enterprises? Lakhs upon lakhs of salaried and ordinary families are worried about their deposits in banks,” Gandhi said.

The Congress president also attacked the government on the RCEP issue, NRC, reading down of Article 370, electoral bonds and snooping allegations among other things. “These are undoubtedly extraordinary times when our fortitude and resilience are under the greatest of tests. But collectively we will turn the tide, not for our sake but for the sake of the Constitution, for the sake of a liberal and pluralistic democracy and for the sake of our country and our people,” she said.

BJP govt in Karnataka to bring back anti-cow slaughter law