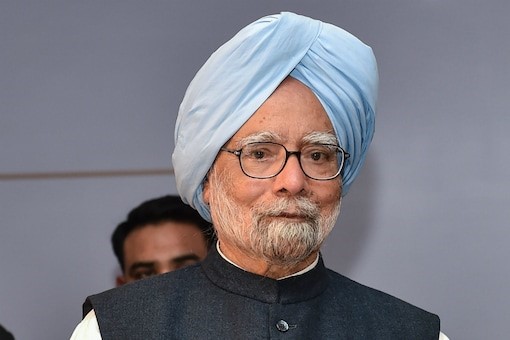 Former Prime Minister and senior Congress leader Dr Manmohan Singh lashed out at the BJP government saying that despite being in power for more than seven years they still keep blaming India’s first Prime Minister Jawaharlal Nehru for the problems of the people.

Targeting the Central government on a host of issues, including the farmers agitation, foreign policy, price rise and unemployment, Dr Singh said that the BJP’s nationalism was based on the British policy of divide and rule.

The Congress played the message delivered in Punjabi at a press conference in Chandigarh, ahead of the Punjab elections on February 20.

According to Dr Singh, the government had proved to be a complete failure on the issue of foreign policy. He also alleged that the Chinese army was occupying our pious land for the last one year, but efforts are being made to bury this issue.

Further, Dr Singh said that the government does not have trust in the country’s constitution and institutions are continuously being weakened.

“On the one hand, people are facing problems of price rise and unemployment, on the other hand, the present government, which has been in power for the last seven and a half years, rather than admitting their mistakes and making amends, is still blaming first Prime Minister Jawaharlal Nehru for being responsible for people’s problems,” Dr Singh said in his video statement.

The former Prime Minister also referred to the security lapse of Prime Minister Narendra Modi’s convoy being stuck on a flyover in Ferozepur last month.

“A few days ago, in the name of the Prime Minister’s security, an attempt was made to defame Chief Minister Charanjit Singh Channi and the people of the state,” Dr Singh said.

“During the farmers agitation too, an attempt was made to defame Punjab and Punjabiyat,” continued Dr Singh, adding that the world salutes the bravery, patriotism and sacrifice of Punjabis, but the NDA government did not talk about any of this. “As a true Indian hailing from Punjab, all these things deeply hurt me,” he added.

There are many challenges before the people of Punjab and it is very important to deal with them effectively, said the former finance minister of India.

“It is very important to address the issues of Punjab’s development, its farming and unemployment,” Dr Singh said. “And this work can only be done by the Congress,” he said, as he appealed to the people of Punjab to vote for the Congress.

The Congress leader said that he had worked as the Prime Minister for 10 years and had always preferred that his work should speak for itself.

“We never divided the country for political gains. We never tried to put curtains on the truth. Never allowed the country’s prestige to be lowered,” Dr Singh declared.

“At the international level, prestige of India and Indians was enhanced,” Dr Singh said, while adding that the country remembers the good work done during the Congress-led UPA rule.