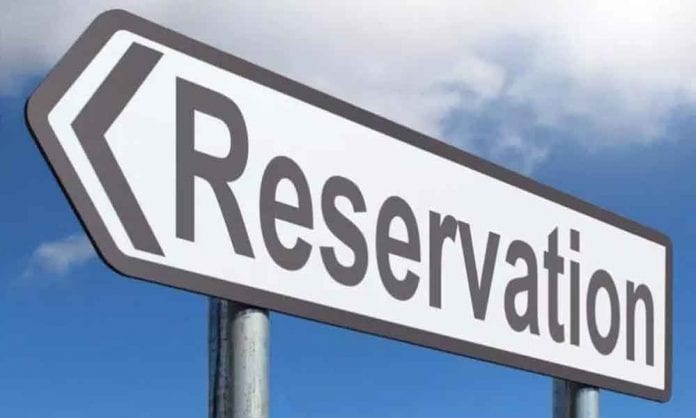 A bill which seeks to extend the quota given to Scheduled Castes and Scheduled Tribes in Lok Sabha and state assemblies by ten years was moved for consideration in the Lok Sabha by Law Minister Ravi Shankar Prasad, saying these communities still need reservation for a decisive say in policy-making.

On the other hand, a similar reservation in the form of “nomination” for the Anglo-Indian community in Lok Sabha and state assemblies is not being extended.

Under Article 334 of the Constitution, these communities were given reservation in legislature for 70 years, till January 25, 2020.

There are 84 members from the Scheduled Caste and 47 from the Scheduled Tribe communities in Parliament. In state assemblies across India, there are 614 SC members and 554 ST members. Prasad said as of now, there are only 296 members of the Anglo-Indian community, with a maximum of 124 in Kerala.

When Saugat Roy (TMC) challenged the figures, Prasad asserted that he was quoting the data of Registrar General. “Although the Scheduled Castes and the Scheduled Tribes have made considerable progress in the last 70 years, the reasons which weighed with the Constituent Assembly in making provisions with regard to the aforesaid reservation of seats have not yet ceased to exist,” said the statement of objects of the bill while supporting the proposal.

It said with a view to retain the inclusive character as envisioned by the founding fathers of the Constitution, it is proposed to continue the reservation of seats for the Scheduled Castes and the Scheduled Tribes for another ten years.

SC revokes its 2018 verdict which diluted provisions of arrest under...