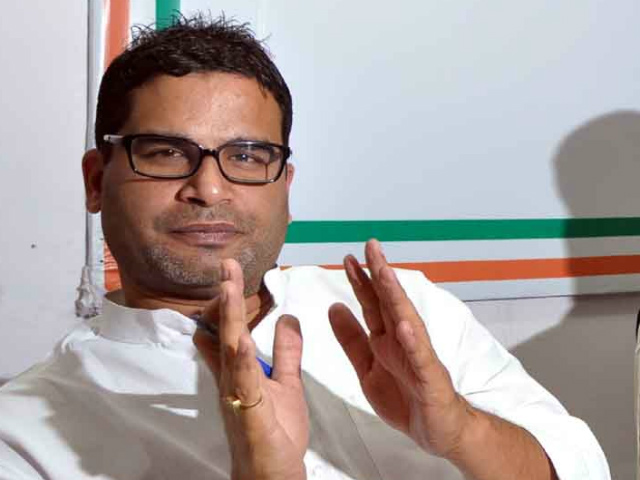 Congress sources said Kishor's meeting with the Gandhis was focused on strategies for the 2024 national polls. File Photo

Not much is known officially as to what transpired in the meeting. Political circles were abuzz with all sorts of theories that included bringing Punjab factions together and putting up an opposition candidate for the Presidential election due next year. Reports quoting party sources said Kishor was looking for “something bigger” in getting the Congress battle-ready for the 2024 Lok Sabha polls.

Responding to an HT query whether he was helping put together an opposition alliance, Kishor would only say cryptically: “All speculation.”

NDTV quoted sources as saying that it was not the first time the ace strategist met the Gandhis. It said the discussions might raise the prospects of Kishor – a key figure in streamlining poll strategies in several states, most recently in West Bengal and Tamil Nadu – rejoining the Congress again after his bitter experience in the 2017 Uttar Pradesh polls.

Kishor is Punjab Chief Minister Captain Amarinder Singh’s informal adviser and Tuesday’s meeting came five days after he met the CM. The Congress’ central leadership has been brokering talks in the Punjab unit, largely propelled by party leader Navjot Singh Sidhu’s ambitions for himself and dislike for the chief minister.

Sidhu has given rise to a dissident group woven around him, which is seen as to be critical of the CM’s non-delivery of poll promises (in 2017), his alleged friendliness towards the Badals of the Shiromani Akali Dal, and overdependence on bureaucrats. A decision on a resolution is believed to be imminent (Singh met party chief Sonia Gandhi last week).

HT quoted top Congress functionaries who said the meeting was focused on strategies for the 2024 national polls and how to achieve unity among opposition parties. In the past few months, Kishor has met senior leaders across parties and wants to “play a larger role” in getting a grouping of non-BJP parties going.

Sources said Kishor is of the view that the Congress has to be part of such a grouping – but there’s no telling whether a united front is even on his mind. Speaking to HT last month after meeting Pawar, he said: “I don’t believe that any third or fourth front can defeat Narendra Modi so I would not be part of any such coalition.”

A Congress leader said Kishor discussed the Presidential election of 2022, pointing out that the BJP may well end up short of the number of lawmakers needed to elect the country’s first citizen, and that a united opposition could embarrass the government by having its candidate elected.

Tuesday’s meeting is the first major one between Rahul and Kishor after the debacle in Uttar Pradesh in 2017, when a Congress-Samajwadi Party alliance advised by Kishor flopped. The strategist has maintained that it’s the one blot in his copybook. He has also maintained that the Bengal and Tamil Nadu campaigns were his last as he is going to step back and leave the poll strategy business to others in his company.

On his way out, Tripura CM leaves a legacy of troubles for successor...

Gehlot vs Pilot: Speculation rife in Rajasthan ahead of Cabinet reji...