India is going through a churning. After the Modi government passed the Citizenship Amendment Act (CAA) on December 11, the nation collectively erupted in protests.

The ongoing protests have seen the participation of people from all walks of life – students, politicians, historians, and actors – all coming together to condemn the ‘segregation of people on the basis of religion.’

The use of excessive and wanton force on its own citizens, especially on students, and the death of three people in police firing seemed to reiterate the fact that the Modi-Shah regime does not take lightly to objective questioning or criticism.

The situation could be grim but there seems to be no dearth of ingenuity, satire, and humour in the collective psyche of the protesters. Here is a curation of images which prove this fact:

The guy perfectly describes the gravity of the situation. The privileged people in India seldom come out on road in protest as they are rarely at the receiving end of any government’s injustice. It is always the poor and the middle class who bear the brunt of government’s misdoings. 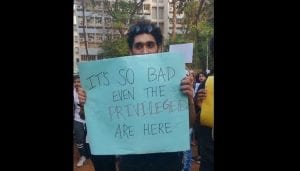 Everyone by now must be aware of the insistence of the Modi government and its obsession with the ‘papers and documents.’ ‘Show papers to prove you are Indian, show papers if you are a refugee, get AADHAR, change your paper currency’ and so on. Rightly so, this has irked and inspired this creative placard. 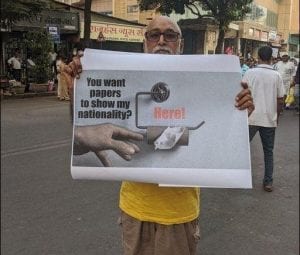 Will this be the last ride (read term) for the Modi government? Is our desi Vin Diesel who is very fast in implementing new laws enough to take this party beyond climax? It remains to be seen. 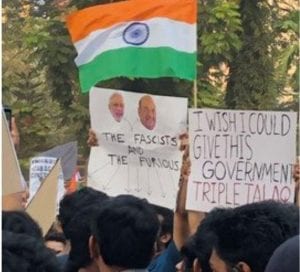 4. Bongs be the best

Union Home Minister Amit Shah on December 17, asserted there was no question of going back on CAA implementation. “There is no going back on the Citizenship Act, the government is firm like a rock on its implementation,” said Shah amid demands by opposition parties for withdrawal of the law.

What will be the repercussions of his rock-solid statement? Will he be ‘omitted’ from the politics of India? 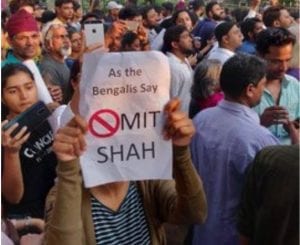 Also Read: Anti-CAA stir: SP MP Shafiqur among others booked for UP violence

On-point advice from this person. Only if the government could chill a bit and realise that resistance is also very important in a democracy, we all could go home and crush the maal. 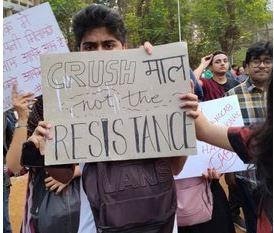 When Amul failed to create the iconic Amul girl on the ongoing agitations, protestors took the matters into their own hands. 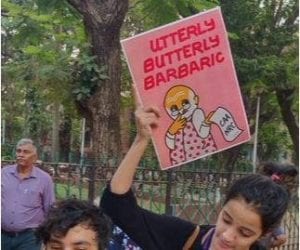 According to a Thomson Reuters study, the BJP has the highest number of MPs and MLAs charged with crimes against women. And, ironically, these are the people who are making laws in the nation and demanding that people show documents to prove nationality.

It’s high time they showed their degrees and proved that they are capable of governing us. 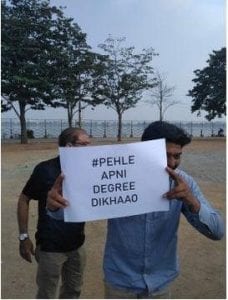 8. Unity message with a twist

The Modi government has been given the Nazi moniker as the similarities are so obvious. 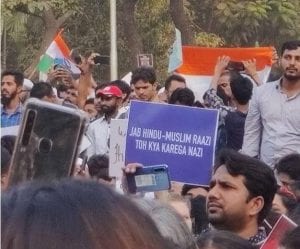 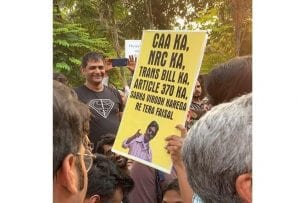 With the agitation gaining momentum, it seems the people are clear on what they want this Christmas. 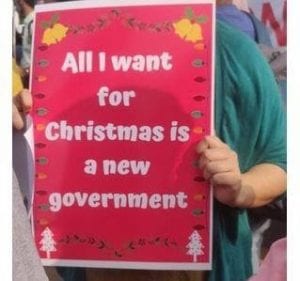