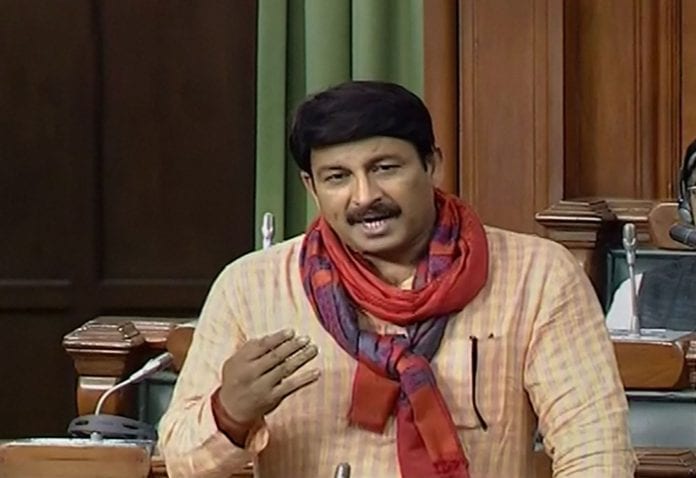 The AAP has made light of BJP leader Manoj Tiwari’s claim that his party if elected to rule Delhi will give five times more benefits to people, telling him “Tumse Na Ho Paayega”.

A popular dialogue, it is spoken by one of the main leads in the cult movie Gangs of Wasseypur (Part 2) when he comes to know that his son has been watching romantic films and is not yet prepared to take his political legacy forward. Disappointed, the man tells his son, “Beta, Tumse Na Ho Paayega”.

The Aam Aadmi Party also had a dig at Tiwari by re-tweeting a post of Haryana Deputy Chief Minister and BJP alliance partner Dushyant Chautala in which he is seen working without electricity in his office.

AAP leader Sanjay Singh asked Tiwari to first give electricity to states ruled by them before promising 1,000 units of free electricity in Delhi.

Delhi’s AAP government currently ensures 200 units of free power to households per month and Tiwari on Monday promised to give residents five times more benefits than the AAP dispensation, if elected to govern Delhi in assembly polls scheduled on February 8.

Singh also tagged the Chautala post, in which the deputy chief minister says, “When you work at 11:30 pm and office staff want to wrap up all the files same day and the light goes… This is how we work”.

In 2019 Lok Sabha polls, AAP and Chautala’s Jannayak Janata Party fought together on all 10 parliamentary seats in Haryana. The AAP fought on four seats while the JJP on six.

The counting of votes for Delhi Assembly polls will take place on February 11.