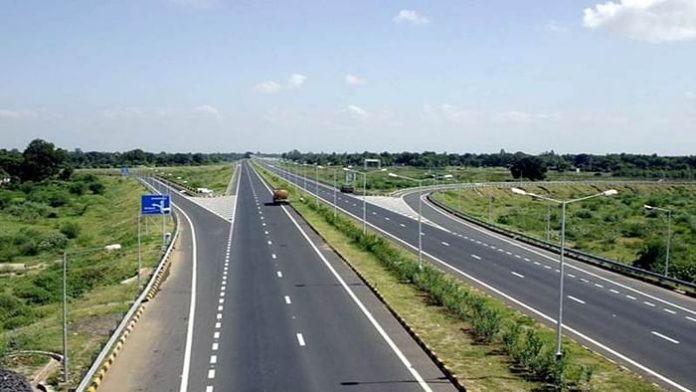 A new world record for laying of pavement quality concrete (PQC) within 24 hours has been achieved in India during the construction of the country’s flagship greenfield expressway, the Delhi-Vadodara-Mumbai project, the Ministry of Road Transport & Highways said on Wednesday (February 3).

Patel Infrastructure Ltd, a contractor deployed by the National Highways Authority of India (NHAI) to construct this crucial expressway, has achieved the feat that has been recognised by India Book of Records, as well as the Golden Book of World Records, the Ministry said in a statement.

Work on the Delhi-Mumbai Expressway, which is being built at a cost of ₹1 lakh crore, recently gained momentum after a slowdown due to the pandemic. This expressway, expected to reduce travel time between the capital and India’s commercial hub by over 12 hours, is expected to be wrapped up by March 2022.

The contractor has set a new record for laying Pavement Quality Concrete (PQC) for a four-lane highway of 2,580 metres length within a span of 24 hours, the statement elaborated.

“Starting at 8 am on 1st February, 2021, they finished the job, totalling 2,580 metres X 4 lanes i.e., approximately 10.32 lane kilometres by 8 am next morning. With a width of 18.75 metres, as much an area as 48,711 square metres of concrete was laid for the expressway in 24 hours. The highest quantity of concrete laid in 24 hours — 14,613 cubic metre was also achieved,” the statement from the Ministry of Road Transport and Highways said.

Also read: Delhi-Mumbai Expressway work in ‘full swing’, to be completed by March 2022

The record was carried out by the world’s largest fully automatic ultra-modern concrete paver machine, the statement added.

Nitin Gadkari, the Minister for Road Transport & Highways, has been emphasising that the eight-lane expressway would be created in record time and will be one of the most modern highways in India. The Delhi-Mumbai Expressway, one of seven currently under construction, is aimed at decreasing logistic time and costs along key manufacturing hubs in the country. This 1,275 km expressway has the provision to expand into 12-lanes in  future.

The highway, which will have a 120 kmph speed limit, will cut the distance between Delhi and Mumbai by over 220 km. It will have provisions for 75 rest ways and highway malls at 50km intervals on either side of the expressway.

The feat comes in the backdrop of the ministry having constructed 8,169 km of National Highways (NHs) from April 2020 to January 15, 2021, in the current financial year, the statement said. This amounts to a speed of about 28.16 km per day.

During the same period in the previous fiscal, 7,573 km of roads were constructed, with a speed of 26.11 km per day. The Ministry is hopeful that it will be able to cross construction target of 11,000 km of highways by March 31 if the current pace is maintained till the end of the fiscal end.

Delhi-Mumbai Expressway work in ‘full swing’, to be completed by Mar...

NHAI gets new ₹250-cr headquarters, but Gadkari is ashamed