A 76-year-old man, suspected to be infected with coronavirus, died in Kalaburagi district of Karnataka on Tuesday (March 10), District Health and Family Welfare department said.

An official note of the department in the district headquarters town identified him as Mohammed Hussain Siddiqui. 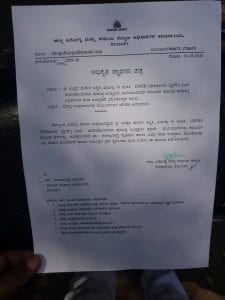 Deputy Commissioner and District Magistrate, Kalburgi, Sharat B. told The Federal that authorities were ascertaining if the death was due to coronavirus. A report was expected soon, he said.

He was admitted to the Gulbarga Institute of Medical Sciences and then shifted to the Hyderabad hospital. The man had returned to Kalaburagi from Saudi Arabia, where he had gone on a pilgrimage.

The number of confirmed cases of the coronavirus in the country has risen to 60.

Serum Institute to apply for emergency use of COVID-19 vaccine in 2 ...