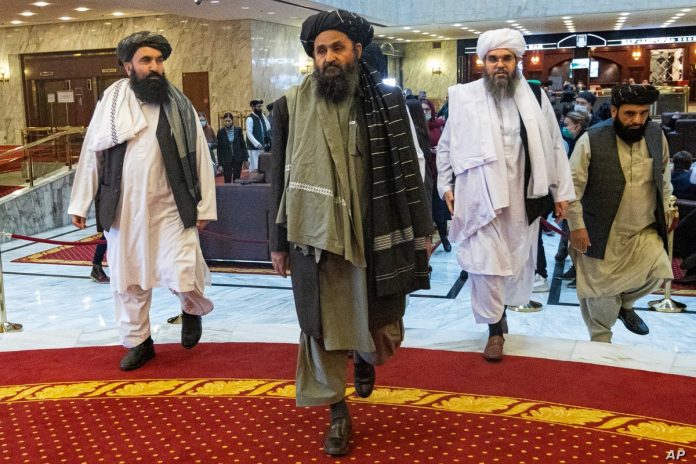 About 25 per cent of Pakistanis said they were unhappy with the Taliban.

“Are you happy with the formation of the Taliban government in Afghanistan?” Pakistanis were asked in a poll. Around 55 per cent responded “yes”.

The poll was conducted among 2,400 people between August 13 and September 5 by Gallup Pakistan, a Geo News report said, adding that 25 per cent of those asked said they were unhappy while 20 per cent had no response.

The poll also revealed that among those who supported the Taliban government, 68 per cent were above the age of 50. Among the men, about 58 per cent favoured the group while among women, the rate was 36 per cent.

Also read: US lost its way in ‘war on terrorism’, messed up the world

The Taliban have formed a government in Afghanistan and set up an all-male interim cabinet, taking over the country after years of fighting from US-led Afghan forces, and amid the fleeing of president Ashraf Ghani last month.

After the fall of Kabul in August, reports had surfaced of Pakistanis celebrating the takeover and many describing the Taliban victory as a gross failure of the US forces.

In the wake of the Taliban takeover after 20 years of US intervention, thousands of Afghan residents had thronged to the Kabul airport and other border areas to flee the country.