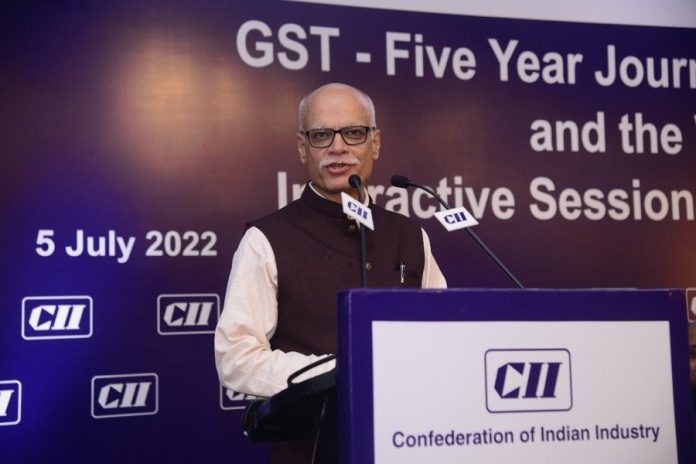 The 5 per cent GST on non-ICU hospital rooms costing above ₹5,000 will not hit affordable healthcare for a large section of people and the impact of the levy would only be slight, Revenue Secretary Tarun Bajaj said on Tuesday.

Responding to the representations of the industry, Bajaj also rejected the demand for zero-rating for healthcare industry, saying such “carve-outs” may generate similar demands from other sectors like education, and put upward pressure on taxation of other items in the GST net.

The Federation of Indian Chambers of Commerce and Industry (FICCI), in a letter to the Finance Ministry on Monday, said that the 5 per cent GST on non-ICU hospital rooms above ₹5,000 will increase the cost of healthcare services. The GST Council last week removed exemptions on the category of hospital rooms.

Addressing an interactive session organised by the industry chamber CII, Bajaj said there are hardly any hospitals in small towns that charge ₹5,000 or more per day as rent for non-ICU rooms.

“I don’t know there would be hospitals in smaller towns like Panipat or Meerut where the hospital rooms would be costing ₹5,000 or above. I would also like to know how many hospital rooms are there in the country and out of those what are the percentage of rooms which are charging above ₹5,000. I think it will be minuscule. So, if I can spend ₹5,000 on a room, I can perhaps spend ₹250 on GST. This GST, which comes into a common pool, will be used for poor,” Bajaj said.

The Revenue Secretary said he was “quite perplexed” by the contention that the levy would be a bolt on the affordable healthcare.

“I don’t see any reason that there should be any such kind of messaging that 5 per cent GST on ₹5,000-plus non-ICU room is hitting affordable healthcare,” he said, adding in case of a package deal for a treatment, the IT software can easily calculate the GST portion on the room rent.

“You have to be sure what you are charging from customer. If it is more than ₹5,000, please go ahead with GST, if it is less than ₹5,000, don’t go for a GST,” Bajaj said, adding the effort under the GST is to widen the tax base so that tax rates can be lowered in the long run.