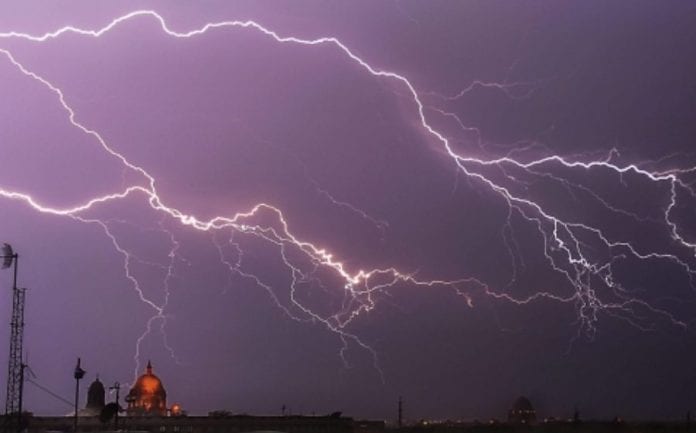 At least 20 people were killed after being struck by lightning in five districts of Bihar on Saturday (July 04). Chief Minister Nitish Kumar expressed grief over the deaths and announced ₹4 lakh as ex-gratia for the kin of each of the deceased person.

According to the state disaster management department, Nine casualties were reported from Bhojpur, five from Saran, three from Kaimur, two from Patna and one death was reported in Buxar.

Kumar appealed to the people of the state to remain alert and vigilant, and stay indoors. He also urged people to follow advisories issued by the disaster management department.