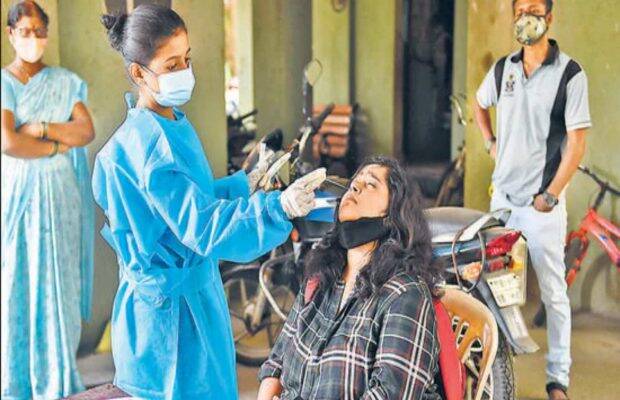 Punjab on Thursday detected a cluster of infections on an international chartered flight coming from Italy – one of the countries designated “at risk” by the Union Health Ministry.

As many as 125 passengers on a Milan-Amritsar charter flight were found COVID positive when tested on arrival, government officials were quoted as saying by PTI.

In all, 179 passengers were on board the charter flight YU-661 that landed at the Amritsar airport around 1.30 pm on Wednesday. All eligible passengers — 160 — were tested for COVID-19 and 125 were found to be positive. There were 19 children or infants who were exempted from on-arrival RT-PCR testing. The flight between Milan in Italy and Amritsar in Punjab was operated by Portuguese company EuroAtlantic Airways.

Chaotic visuals from the Amritsar airport showed a large number of passengers waiting to leave and policemen trying to control the crowd. Many of the passengers wondered how they had tested positive after COVID negative results in Italy.

Punjab reported 1,811 new COVID cases and four fatalities on Wednesday, taking the total number of cases to 6,08,723. The health ministry, in the wake of the Omicron surge, had on December 25 sent multi-disciplinary teams and nodal officers to 10 states that were either reporting a surge or recording vaccination coverage below the national average.

Punjab was among these states.

India on Thursday saw the biggest single-day jump of 495 Omicron cases, taking the total number of infections of the new variant to 2,630, according to the data from the health ministry.