In this part of our series on reforms, we look at those who benefit due to their elitist background, close-knit networks and connections and yet remain as greedy and corrupt as traditional industrialists.

The myth of educated, first-generation businessmen 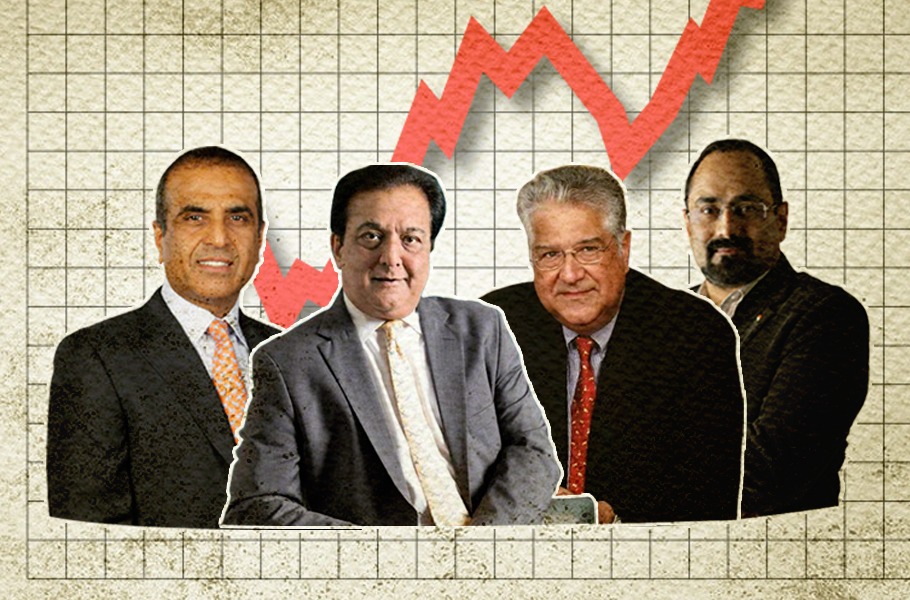 Two telecom tales can set the context to deconstruct the traits of Brahmin Businessmen, a band of educated first-gen entrepreneurs from middle class families. Sunil Mittal owns Bharti Airtel, a leading mobile operator in the country. Rajeev Chandrasekhar was an Intel employee, who sold BPL Mobile for a billion dollars, and became a serial entrepreneur. Both claim to epitomize middle class-to-riches stories of first-generation businessmen from non-business families.

No one can deny that they worked hard, braved the strong gusts of reforms, and grabbed their chances by the horn. However, one has to accept that they were not first-generation players in the strictest sense. Chandrasekhar was the son-in-law of a leading business family, which probably enabled him to grab a mobile licence in the early 1990s. He later tussled with his in-laws. Mittal was the son of a Punjab politician, a minister, who could open many commercial doors.

Arjun Malhotra, who was in the original team that sold HCL computers, and later started an IT consulting group, too claims to have middle-class origins. So does Rana Kapoor, the now-discredited founder of Yes Bank. However, Malhotra hailed from an Army background, and we know that it is easy for such a family to bag government contracts, which HCL did. Kapoor’s grandfather owned a jewellery business, which was sold before the Gold Control Act in the 1960s at handsome profits.

Such examples partially or completely debunk the first myth about Brahmin Businessmen – they had non-business family backgrounds, and were first-generation entrepreneurs. This links up with the second myth that the new industrialists broke the caste and class barriers. Thanks to the education quotas, the entry barriers for the backwards broke down a bit. The narrative adds that the new crop came from not just socially-weaker sections, but also economically weaker ones.

However, studies over the past two decades indicate that this is not entirely true of the new entrepreneurs with urban, semi-urban or rural backgrounds. The mix was definitely more homogenous in the big cities; it gets quite skewed as one moved to the smaller cities, towns, and villages. Carol Updhaya, a researcher, found that most of the people from the non-metropolitan areas were from “upper and middle caste groups”, and “not necessarily” from the lower-caste families.

A 2013 study by Ashwini Deshpande and Smriti Sharma found that among the MSME owners, those from scheduled castes and scheduled tribes were “under-represented”, and those from Hindu upper castes were “over-represented”. While such “disparities... increased marginally over 2001-02 and 2006-07”, the proportion of lower and backward castes were surprisingly higher in rural areas. This contradiction with Upadhya’s findings may be due to sampling differences.

Recent works on Marwaris and other traditional trading and business communities found that community linkages provide social, emotional, and financial support to new entrants from the same geographies and castes. Ironically, this is also true of the Brahmin Businessmen and Middle-class Entrepreneurs. At the end of the day, entrepreneurship is a “collective exercise”, and social networks are crucial. This is as valid for US’ Silicon Valley, as it is for Bengaluru.

Hein Streefkerk, a well-known academic, agrees that this is an oft-seen global phenomenon. He feels that “caste and kinship provide business people the social capital required for successful entrepreneurship. Primordial ties offer access to and control over skills, administration, markets, capital, and labor. The ideas and structure of caste are, instead of being eroded, crucial in the mobilization and monopolization of resources, and the recruitment and control of labor.”

During the on-shoring software boom in the 1990s, Indians applied for H-1B visas to go to the US. Most owners, who supplied such skilled manpower, were from Andhra Pradesh. Telugu-speaking NRIs in the US took the initial initiatives, and involved their families back home. The word spread through the community. People with kinship helped each other to procure new business, and support each other. Those who entered later were from the southern Indian states.

Class connections become critical too. Since knowledge was the means to riches and wealth, what mattered were the colleges they went to, firms they worked for, and salaries they earned. In the software arena, says Upadhya, they were from “primarily middle-class families who possess not only the economic means but also the social and cultural capital needed to equip their children to enter professional, managerial and technical jobs as those offered by the IT industry”.

According to a study, until recently, most lower-caste families and, despite reservations, a sizable portion of backward castes lacked “a particular kind of education” and soft skills. The ecosystem, including investors and financiers, seek a certain pedigree of start-up founders, who were educated at IITs and IIMs, and had global and multinational exposures. Thus, the socio-economic groups that comprised “People Like Us” were more successful in their ventures.

Consider the laments of K. Vaitheeswaran, a cofounder of a pioneering e-commerce firm. He claimed that there was a “caste system” in the “Indian start-up scene”. What he implied was actually a class system, which favoured certain kinds of individuals from similar personal, professional, and institutional backdrops. This is why his business journey was tougher – he belonged to a separate, possibly, lower class, although his family was from the uppermost caste (Tamil Brahmin).

There is another fallacy about Brahmin Businessmen. This is related to their humble backgrounds, and middle-class values that instil honesty, corporate ethics, and social responsibility. Hence, the perception is that the businesses that they own and manage are superior to the others. Infosys and Wipro are way ahead of the Marwari firms. Digital start-ups treat their employees in a fairer manner, and allow them to directly partake in profits through ownership of shares (stock options).

By default, Brahmanical concepts are conjured in an attempt to project a certain image. At best, the new businesspersons are like Lord Rama, who portrayed “purity of behaviour”, and accepted challenges in his stride. They are like Arjuna of Mahabharata who, when convinced, daringly and fearlessly embarked on the path of Karma and Dharma. At worst, they are like Lord Krishna who, despite his cunning ways, sides with the good in the war against evil, and protects the world.

Sadly, several instances in sectors such as telecom, software, and pharmaceuticals show that the middle-class entrepreneurs are not too different from their contemporaries from business communities. Over the past three decades, some of the leading lights of neo-India Inc faced several controversies and allegations of wrongdoings. Even the likes of Infosys and others were accused by American authorities of abuse and misuse of the visa system, and paid hefty fines.

When it comes to capitalist culture, one finds more characters like Gordon Gekko, the protagonist with the “Greed is good” fame in the seminal Hollywood movie, Wall Street. The self-interested manufacturers, who do public good because of their selfishness, as featured in Adam Smith’s book, The Wealth of Nations, are rare. Corruption is democratic in nature – it afflicts middle-class individuals as much as it plagues members of business families.

Next, How the poor remained just that