Reforms were meant to make the entire system transparent and wipe out graft, instead it ended up making almost everyone corrupt and rewrote the entire nation’s moral code. Greed suddenly became good 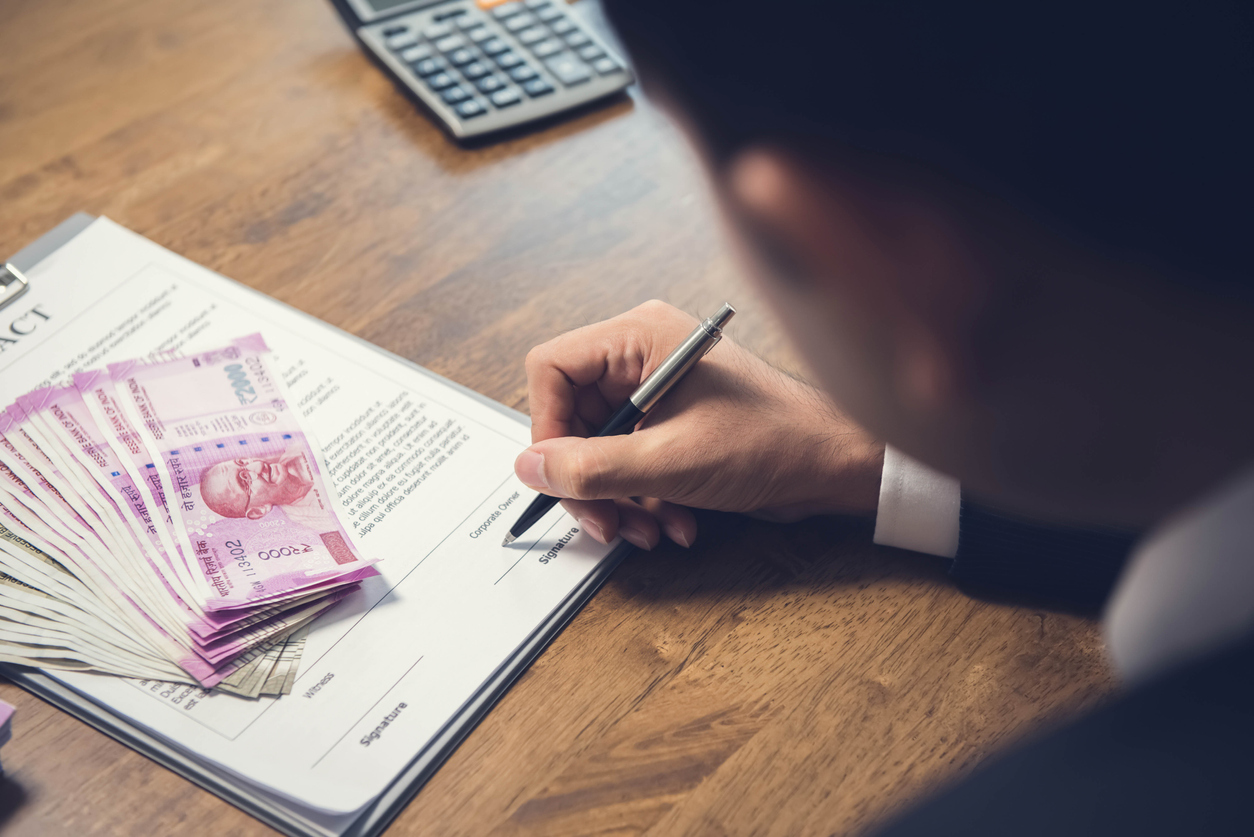 Experts agree that the four foundation pillars – legislative, executive, judiciary, and media – were corrupted during the 1970s. Hence, the system became distorted and disruptive. The reforms were meant to correct the situation, and inculcate transparency. Instead, liberalization corrupted an entire society, rather than the mere system. Illegality became rampant, and afflicted the entire nation.

Money became the new opium of the masses, since 1991. The wild desire to amass wealth was evident across sections due to a change in the ideological mindset. There were new ways to earn as business activities became lucrative. There was the push factor too. As people saw their peers pile up money, and were influenced by media reports about instant riches, they were caught up in a psychedelic trance.

None of these factors were corrupting in themselves. But the yearning for material assets turned into unbridled greed. The urge was to get rich quickly, by hook or crook. Influence from cohorts, and exposure to media induced a new-found madness for wealth. In essence, the combination corrupted the environment. The pursuit of power and pleasure, through tainted and unfair profits, became widespread.

The popular perception is that this was unique to Indian civilisation. The country was forever known for its detachment towards materialism, except in small, rarefied sections. Avarice, and acquisition at any cost, was unknown throughout its history. However, the Economic Survey (2019-20) believed that when Indians put their faith in capitalism in the post-reforms era, the society completed an economic circle.

Before Christ, Kautilya’s Arthashastra was considered a “canonical example” of how traditions “commended wealth creation”. Thiruvalluvar, a Tamil philosopher, who lived 1400-2300 years ago, declared, “Make money – there is no weapon sharper than it to sever the pride of your foes.” But ethics and fairness were emphasised. India deviated from this model during the British Raj, which exploited its citizens, and the first 44 years of ‘Socialistic Raj’ in independent India.

Hence, according to the Survey’s logic, the 1991 reforms were a mere return to the past ideology. But there was a stark difference. Before the Colonial Empire, wealth creation was practiced, but was restricted to a small population. In this century, it became all-encompassing and all-overpowering, which fed the corruption giant incessantly. This longing for dishonest capital reached its zenith for five reasons.

Businesses boomed after 1991 as private firms expanded and entered new sectors that were hitherto reserved for the public sector. But to understand the impact of new opportunities, one has to look at how Indians spread their tentacles abroad. In the late-1960s, the late Aditya Birla was among the first to set up ventures abroad. Dubbed as the country’s first ‘global entrepreneur’, he did so under pressure.

Under MRTP, firms were not allowed to expand locally. Birla sought fortunes abroad. He spread his wings in South East Asia, and was lucky. Thailand, for example, accepted his 32 demands, like exemptions from duties, and no competition for five years. He said, “I could not have asked for more.” He added, “India... is today importing from our own joint venture plant. Strange indeed are the ways of the Government....”

His son, Kumar Mangalam took over in 1995 when he was 28, and opted for global acquisitions. This time, the strategy was not to escape from India, but to grab chances, and emerge as an Indian MNC. Tata, Ambani, Adani, and Infosys did the same. In this new, new world, those with aspirations wanted to be an Adani or Ambani – and faster than the latter did. They evened out the odds by gaming the system.

We will discuss this process in detail in a later part, but many players felt that if corruption was the way to quickly earn the riches, so be it.

In the 1930s and 1940s, Joseph Schumpeter, an American economist, said that active innovative entrepreneurship drives business evolution. Later, Boyan Javonovic, another US economist, and others focussed on passive learning, in which newcomers learn on the job, and react to noisy information, and market signals. Post-1991, neither strategy suited the temperament of Indians who yearned to get rich quickly.

The majority of the new entrants were neither innovative, which is a rare quality, nor did they wish to wait and learn. Peer pressure kicked in when they saw others, who were not as smart as they were – well, is anyone smarter than us? – acquire wealth. They treated the journey like a steeplechase race, in which they walked, trotted, cantered, galloped, and jumped over the others. They cut corners too.

III Ideology without limits or limitations

Over 99% of us get Adam Smith wrong. The “Invisible Hand”, which the American economist referred to in three passages in his works, isn’t about the market. In his book, The Theory of Moral Sentiments, the mysterious arm appears to be “theistic”, or the “hand of nature and of providence”. He believed that self-interest, which he expounded in The Wealth of Nations, was constrained by individual morals.

But, over the centuries, the market became the modern Goddess, and wealth the new God, as money became the means to achieve power and pleasure. What Smith, and numerous economists and philosophers, didn’t realize was that if our actions, motives, and behaviour are “self-interested”, morality is merely the “strategy” to achieve these interests. This sets a dangerous setting for the uninitiated.

David Wootton wrote in his book, Power, Pleasure and Profit, “Traditional conceptions of honor and virtue all require restraint...; but the new philosophy... set no limit to self-interested or selfish conduct.... What power, pleasure, profit... have in common is that the pursuit of them is endless. As these insatiable appetites became respectable, curiosity and ambition – equally unlimited... – were reinterpreted as virtues.”

In this century, and across nations, including India, the explosive mix of limitless ambition, coupled with unlimited want for profit and, hence, power and pleasure, corrupted societies.

When rationality was seen through the materialistic prism, and the spectrum was merely a combination of the colors of currencies, the means became irrelevant, and the ends all-important. It was logical that individuals opted for the easier ways to make money. The simplest was to create paper wealth, profits out of thin air. Cooked balance sheets and spooked stocks became quite popular.

Nothing epitomizes this age-old, but now intense and frenzied, war between productive and non-productive economic actors than the face-off between Mr Cromwell and Gordon Gekko. In the Hollywood super-hit, Wall Street, Gekko is a brutal corporate raider who uses the stock market as his passport to profits. Cromwell is CEO, Teldar Paper, and believes in the making of physical products, or offering of real services.

Cromwell says that Gekko symbolizes the “get-rich-quick, short-term profit, slot machine mentality”, which has “replaced long-term growth”. The latter believes in paper valuations, even if he has to tear firms apart, and sell them piece-meal. Gekko announces that “greed is good. Greed works, greed is right. Greed clarifies, cuts through, and captures the essence of the evolutionary spirit.” Like Bud Fox in the movie, Indians became ardent followers of the corporate predator.

V Media’s tragic-comedy, joke’s on us

Like in the West, the Indian business media was enthralled by the waves of liberalisation. For journalists, it was easier to surf them, rather than take a deep dive. Access journalism, a celebration of success stories, and riveting narratives of garage-to-Google and an-apartment-to-Amazon, became their staple diet. In an era of CNBC-ization of news, the focus was on the lives and times of the new wealthy characters.

Of course, failures were reported. But even these were seen through the tinted lens of capitalism. Most people knew about the Lexus car owned by the ruined broker, Harshad Mehta. When Vijay Mallya escaped the country with a litany of huge unpaid bills and loans, the camera zoomed on his flamboyant lifestyle. For the print-TV-Internet media, reforms signified a never-ending carnival, a party that went on.

As Dean Starkman wrote in his book, The Watchdog that Didn’t Bark, accountability journalism, called investigative or public-interest reporting, took a back seat in the US, as also in India. Access journalism produced “entirely different representations of reality”. It was a world in which wealth, even if earned through corrupt means, was embedded in the deepest recesses of our society’s subconscious.

With 35 years of experience, Alam Srinivas, an independent journalist, writer and researcher, has worked for premier global and Indian media organizations. He has authored several books.