In this part of our series, we look at how waves of global software booms and busts, aided by unbridled local consumerism and opening up of new sunrise and old sectors, led to an entrepreneurship zeal and passion.

How India became a land of billion entrepreneurs 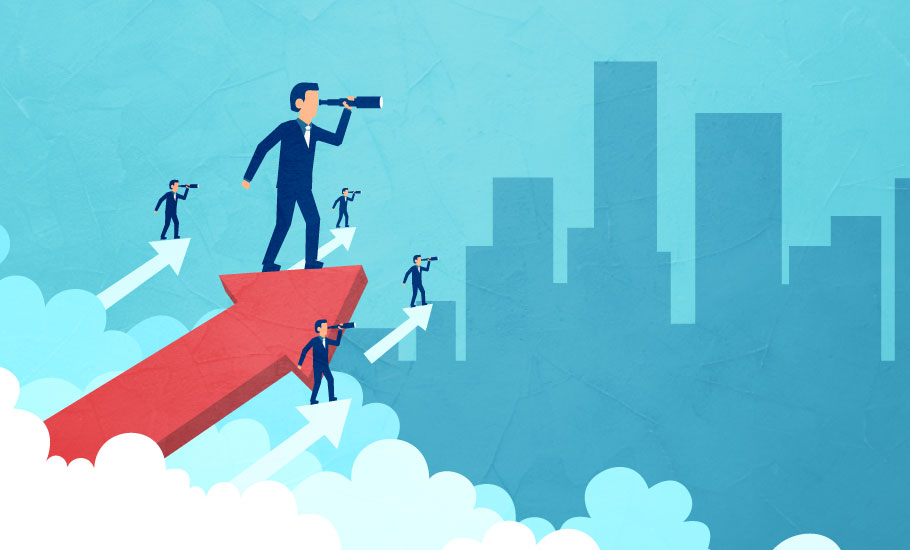 My late father’s journey signifies how Indians’ perception about business and entrepreneurship changed in the past 30 years. He was the first graduate from a village in Andhra Pradesh’s Srikakulam district, which borders Odisha. After his degree in mechanical engineering from Benares Hindu University, he worked for a single company until his retirement. Like a cosmopolitan middle-class member, he worked in several Indian cities, and travelled a few times to Europe.

He abhorred business although he worked for a prominent group. He disdained wealth although he retired at an apartment he purchased in Vizag, and sometimes brought us mechanized toys and Parker pens from abroad. His personal pursuit was to educate the four children so that they could replicate his professional stint, i.e. peacefully and diligently work for a renowned company for decades. One of us is an engineer, a second half-an-engineer, and two are graduates.

What happened to the four siblings illustrates how values related to business, wealth, and materialistic assets transformed within decades. One of us runs a small software firm in the US, and does projects for technology firms. The second is a consultant, an independent journalist, who hates a regular job. The third, the only sister, continued to work after marriage and, along with her husband, owns a few properties. The fourth, unfortunately, died in the early 20s.

In a single generation, being in business or self-employed was not to be ashamed of. The safety of a well-paid job, ideally with one or two firms over a 30 or 40-year career was not considered the pinnacle of professional achievement. Owning assets such as houses, gadgets, and cars became a way of life. Ambition, greed, and selfish interests were considered qualities, as long as they were pursued honestly. Education became the path for the grand pursuit of wealth.

This, as many readers will vouch for, is not an isolated story. It is a narrative that repeated in tens of thousands of families. The age of economic reforms was replete with instances of how members of the middle class, and non-business families, used knowledge to venture into businesses. They created wealth, which sometimes surpassed those of their counterparts who hailed from the traditional merchant and trader communities. Entrepreneurship was democratized.

Experts dubbed this new breed of businesspersons as the “Great Indian Middle Class Businessmen”, and “Middle Class of Entrepreneurs”. Some called them “Brahmin Businessmen”. A majority of the new wealth creators had unique traits. They were first-generation entrepreneurs and their families had no business backgrounds. Their parents were middle-class professionals, and backed them. The businessmen had either studied abroad or been to premier Indian institutes.

According to the Amway Global Entrepreneurship Report (2018), 91% of the surveyed Indians had the “desire” to start a business, and 74% felt that they had the “skills and resources” to do so. More importantly, 78% were confident that neither family nor friends could “dissuade” them. India ranked second (behind Vietnam) in the overall Entrepreneurial Spirit Index, which combined the three factors, but ahead of China, Brazil, Korea, Taiwan, the US, the UK, and Germany.

In India, a 2008 study commissioned by the National Knowledge Commission, confirmed a few characteristics. Almost two-thirds of those interviewed were first-generation entrepreneurs, and more than 99% didn’t want to be in regular jobs. An overwhelming majority (95%) thought education was a “critical success factor”, and half of them felt that it was a “key trigger to evoke entrepreneurial inclinations”. Three-fourths were backed by their families.

For centuries, India’s upper-most caste, Brahmins, used knowledge to prosper. In many cases, they acquired land and property, largely due to the largesse of the Kings and Emperors, and became feudal lords. During colonial rule, they used English to find lucrative employment. A wave of second, third, and fourth generation of English-educated Brahmins and upper-castes migrated to the British and Indian centers, the well-known Capital cities, and were hired by the rulers.

This was the British strategy to sustain the Raj. In 1835, a civil servant, Thomas Macaulay, wrote that there was a need to form a class of local administrators, “a class of persons, Indian in blood and color, but English in taste, in opinions, in morals, and in intellect”. English education was the means to do so, and Brahmins were the prominent beneficiaries. A few members of the backward castes joined the bandwagon after Madras Presidency introduced reservation in college education in 1831.

After Independence, both these trends intensified, especially in the southern states. India’s first Prime Minister, Jawaharlal Nehru, set up premier institutes like the IITs for the elite. By the 1990s, reservations in professional colleges stood at 60-70% in Tamil Nadu, former Andhra Pradesh and Karnataka. India had a vast pool of engineers, and science and math graduates, who benefitted from the massive global software boom, which began in the 1980s, and took off in the 1990s.

Initially, upper-caste Indians from prestigious institutes winged their way to the US to work for technology firms and IT wings of other companies. They rode the wave through H-1B visas, which were issued by America for those who possessed IT skills. This spawned the first wave of post-reform businesses, which specialized in manpower trading. Such firms, which were owned by the US-based NRIs and their extended family members back home, supplied IT workers.

After the technology bust in 2000-01, off-shoring and outsourcing models boomed, as global firms farmed out IT-related work to cheaper centers like India. Software workers, who were forced to return, and other Indians, set up huge software campuses. The highs and lows of the 1980s, 1990s and early 2000s spawned well-known IT entrepreneurs such as Infosys’ N.R. Narayana Murthy, and Shiv Nadar of HCL. Most of them were Brahmins, or from other upper castes.

“Founders of these companies... closely witnessed the market asymmetries to realize the unlocked value in off-shoring. They returned home to set up IT businesses to capture this value. These IT companies also became the nurturing grounds for entrepreneurs. Early employees of such companies went on to establish giants... many of which, in turn, became breeding grounds for the next generation of entrepreneurs,” explained a 2019 article on the “Knowledge@Wharton” website.

Author and corporate leader Gurcharan Das did not find it surprising that “a large proportion of IT entrepreneurs are Brahmins”. In an interview, Nandan Nilekani, one of Infosys’ co-founders, exaggerated this phenomenon. He said that the ancient Indian tradition of philosophical enquiry “gives us a good comfort level with conceptual things like software”. He did not elaborate that such a legacy was only available to the Brahmins for several thousands of years.

The business bug spread like COVID-19 for three other reasons. The first was due to “sunrise” sectors, which were opened up for the first time for private players. Others witnessed expansion by incumbents, and entry of new players, as the Licence-Permit-Quota Raj was dismantled. These included areas such as telecom, financial services, automobile, and defence. Apart from entrenched business families, this helped smaller players, who took advantage of the lucrative opportunities.

Consumerism was aided by the rise of the middle class, whose numbers remained disputed (Read Part 3 and 4 of this series). This led to a demand boom. The Knowledge@Wharton piece said, “The Indian consumer story was sparked by an increase in expendable income.” The “investment thesis” was that “a growing emerging middle class with higher incomes would consume more”. Apart from software, this gave a fillip to several manufacturing and service segments.

Finally, thanks to the digital drive, the software sahibs graduated to capture the entire New Economy spectrum. Social media, e-commerce, specialized retail, delivery systems, mobile apps, gaming, and payment gateways became their commercial fiefdoms. They were the champions of innovation, and the harbingers of political and social changes, along with economic tremors. They represented the energy and excitement of a New India, a power-player in the 21st century.

“For the first time, the educated middle class is actually creating jobs,” wrote Sanjay Anandaram, a venture capitalist. An earlier Amway Global Entrepreneurship Report (2015) concluded that new Indian businesspersons “want to learn new things”, “want to enjoy life”, “like to be in charge”, and “tell others what to do”. There is a hope that India can become the land of a billion entrepreneurs.

Next, The myth of Brahmin businessmen