Manmohan Singh’s reforms hoped to banish graft. But liberalisation helped the regional political satraps to accumulate ill-gotten wealth, and expand their discretionary powers in the states

How corruption moved from peripheries to state capitals – 16 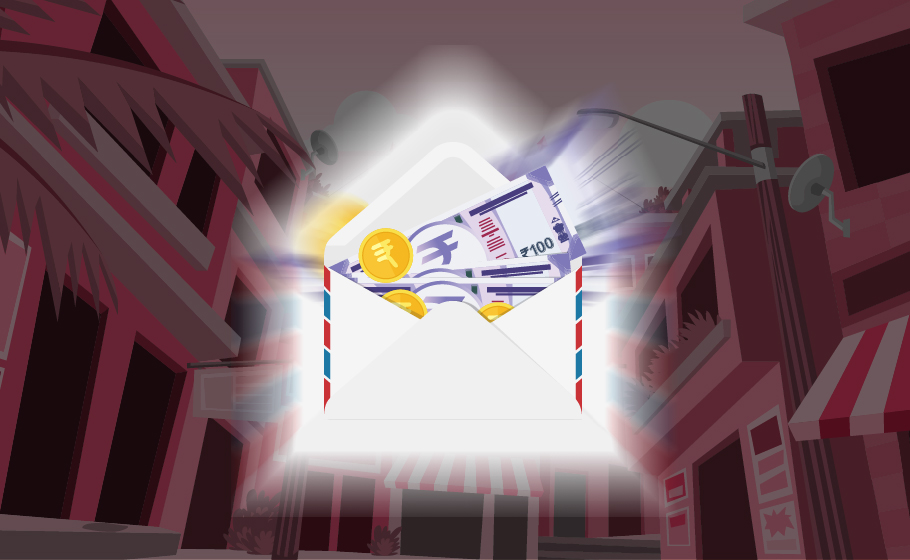 Once the regional political parties established their fiefdoms in several Indian states in the 1990s, the corrupt links between politics, business and mafia changed in unique ways. The illegal links that flowed from the states to the Centre, from the state-level leaders to their national bosses within mainstream parties, snapped. Reforms, which took away a number of decision-making powers from the Centre, entrusted them in the hands of the state-level leaders.

In addition, the regional parties joined central coalitions, and forced mainstream parties to let go of the discretionary powers that emerged in the sunrise sectors. So did the state-level leaders of the national parties, who became more influential and independent. Regional parties and leaders appropriated the mechanisms to collect ill-gotten wealth. Finally, there was consolidation of corruption in the states, as the chief ministers controlled the nefarious activities at the district-levels.

Corruption-linked money flowed from the Centre to the states, and the reverse flow slowed down. It also moved from the districts within a state to its capital, where it was accumulated by the chief minister (or their cronies). This piece deals with the latter trend that was witnessed in areas such as real estate, construction, forests, and cable distribution. In each segment, there was a state-level political nexus, and sometimes inter-state one, with businesses and criminal gangs.

Liberalisation unleashed urbanisation, which led to frenetic construction across towns and cities. In cities like Lucknow (Uttar Pradesh), these activities drove population growth; the former preceded the latter. The building boom put huge premiums on real estate required to assemble the millions of residences, and thousands of commercial complexes. Regional parties, and state leaders of national ones, saw the opportunity to monopolize real estate at their respective state capitals.

Author-journalist Bhavdeep Kang wrote about the three models of constructed corruption that emerged over the past three decades. The policies were directly managed by the chief ministers’ offices. Builders, who became the implementers, started off as fringe operators in a city or town, graduated to the state-level, and even became national players. The first model was simple: allow builders to buy huge tracts of agricultural land from the farmers at low prices.

State governments would later change the land-use to residential or commercial, which ensured a sudden jump in prices. By the time the builders sold the plots or built-up houses, the margins were 10-15 times the paltry sums paid to the farmers. According to the 50-page cover package (February 2014) in gfiles, a monthly magazine on civil services, the land-use decisions in Haryana required the “concurrence” of the ministry of town planning, a portfolio held by the chief minister.

The second model was complex. The state bought the land from the farmers in the name of public interest or public purpose, say, to build infrastructure. Basic amenities like link roads and electricity poles and wires were constructed by state authorities. Suddenly, the land was sold to a builder with changed land-use to make houses or offices. The prices bumped up. The Supreme Court intervened in several such blatant instances. Only then did the practices become irregular.

Infrastructure requires land. Mostly, it is waste land, or area that is not in use. What if you know the route of a proposed highway, or the location of the new airport? You can buy land at ridiculously-low prices, and later sell it at huge profits to the future consumers. In some cases, the builders bulldoze their way to change these routes and locations. According to gfiles, “at the last minute, powerful builders... allegedly managed to get the alignment of the Dwarka Expressway changed” in Haryana.

Normally, we talk about cement, concrete, and iron as building materials. We forget the basic ingredient, riverbed sand (baloo). J. Jeyaranjan, an economist, wrote how sand mining, a small and localized business in the 1980s, grabbed the attention of the political rulers in Tamil Nadu. The two regional parties that vie for power saw the operations as “arenas for ever greater displays of muscle power, political power and money, by means of which competition was elbowed out”.

Politicians entered sand mining due to the real estate boom and ever-growing appetite for cash. “Disputes over sand mining among small-time local politicians attracted the attention of the higher level politicians, who gauged the potential for money in sand from the intensity of such disputes,” Jeyaranjan explained. The seniors co-opted juniors, and shielded them from police and local officials. The authorities “sensed the profit”, and demanded “regular and increasing levels of bribes”.

In Uttar Pradesh, the sand mining criminals became politicians, and joined regional and national parties. Linkages emerged between political heads, entrepreneurs, and criminals. They mapped spaces “where ‘organized crime, informal networks and a plethora of actors meet”, wrote Lucia Michelutti, Professor (Anthropology), UCL. A “competitive mafia raj” emerged that was “triggered by the co-existence of multiple and competing centers of power, which tend to clash”.

Sand mining in UP acquired inter-state traits as the baloo was sold in neighbouring Rajasthan, Madhya Pradesh, Haryana, and Delhi NCR. Such connections extend to illicit cross-border businesses, as is the case with red sanders, a species of sandalwood. The wood from Andhra Pradesh is transported by road to ports in Chennai (Tamil Nadu), Kochi (Kerala), Kolkata (West Bengal), and Mumbai (Maharashtra). It is then shipped, or taken through the air routes, to countries like China.

According to David Pricherit, an anthropologist, “small criminals – loosely related to political parties or the Maoist guerrilla – entered into the red sanders business at the end of the 1990s”. The “real big business” developed when specific politicians from Andhra Pradesh regional parties became the chief ministers. Their opponents from the national parties too became “major actors in the red sanders traffic”. These politicians hailed from areas around the red sanders forests.

Locals that Pricherit spoke to warned him not to get involved in such research as various Andhra chief ministers, and their families, were involved. “No one can make a direct link between red sanders’ criminals and politicians; they use their party workers, their henchmen but they never involve directly,” said one. Another added, “Nobody will talk about red sanders. This is power, everybody fears them.”

However, the power, and resultant fear, is used because the illegal businesses generate loads of cash. Another area, which yields the same result, is cable distribution, i.e. the wires that go into your set-top boxes and enable you to watch hundreds of TV channels. Until recently, it was unregulated, and millions of subscribers paid their monthly charges in cash and without bills. Digitization in the recent past led to better monitoring, but cash payments remained high.

Recent studies, spearheaded by Vibodh Parthasarathi and this author, and commissioned by Ford Foundation, found that politicians from regional parties, who were close to their bosses, owned cable companies. Although they sold their businesses to national players, they retained substantial minority stakes, sometimes as high as 49% each. This trend was more evident in states with strong local parties such as Kerala, Maharashtra, Tamil Nadu, Karnataka, Punjab, and Odisha.

Apart from cash, cable distribution enables leaders of regional parties to exercise control over the flow of news, especially by the entrenched language TV channels. In several instances in Punjab, Tamil Nadu, and Karnataka, adverse news against sitting chief ministers, and their loyalists, was deliberately blocked. Hence, it forces the local broadcasters to fall in line, and disseminate favourable news.

Over the past few years, a new land acquisition act, and its amendments, instituted rules on compensations to, and rehabilitation for, the sellers. However, the Centre and states diluted several clauses. Despite police action, sand mining is on a roll, as is the red sanders trade. In cable, there is further consolidation, which grew at the beginning of this century. The politicians, it seems, control the news, and have no reason to directly own either news channels or cable distribution firms.