On this day, in 1991, Manmohan Singh presented a Budget that triggered a mini-revolution in India. A series of reforms unleashed by the Narasimha Rao government liberalised the economy, dismantled the license-permit raj, and turned the existing socio-economic milieu on its head. Within months, India’s service sector started growing exponentially, global investments began pouring into the country and Indian consumers found themselves in a market with a cornucopia of choices.

Starting today, we revisit India’s tryst with its very own perestroika through a series of stories. In the first part, we look at how India’s wealth creators stepped out of the socialistic-leftist mould, entered the red-hot crucible of capitalism, and joined the elite list of global billionaires.

From zero to 100, how Indians gate-crashed the global rich list 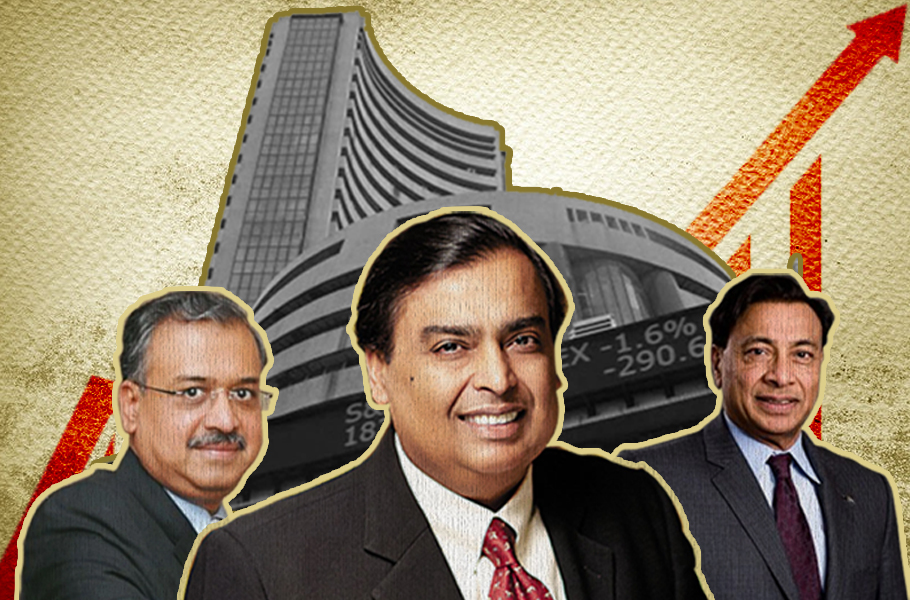 In the beginning, there was none. No Indian, NRI, or person of Indian origin (PIO) was on the 1990 Fortune magazine’s annual list of global (dollar) billionaires.

In the list, India and Indian were mentioned once, but not for their money. Sheikh Rashid bin Said al Maktoum, the magazine said, is the ruler of the United Arab Emirates which “imports some 25% of all newly minted gold, subsequently smuggling much of it into India for use as dowries.” The other honorable mention was because of a younger sibling of a rich German, August von Finck, who was a follower of an “Indian spiritual leader”.

Then there was one. For several years in the early 1990s, the only Indian, rather an Indian-born British, on the elite list was Srichand P. Hinduja, the eldest of four siblings, who were perceived to be initially close to Iran’s King, and later its spiritual leader. The family was allegedly involved in global deals, including arms, and named as a recipient of the Bofors bribes, which brought down the Rajiv Gandhi regime. The Indian courts later cleared the Hindujas of any wrongdoing.

In 1996, there were three. The Forbes List of Global Billionaires included the Ambanis, Kumar Mangalam Birla, and the UK-based tycoon Lakshmi Niwas Mittal. In 1999, the ranking became interesting. Among the seven Indians was a new family, Godrej and two upstart software giants, Wipro’s Azim Premji and HCL’s Shiv Nadar. Premji emerged as the richest Indian, and Nadar’s wealth was more than that of Birla and Godrej.

These changes were radical in many ways. They epitomized how, before the advent of a new century, four trends about wealth sunk into the mind and soul of a market-driven and “reformed” nation. The capitalist commandments were carved on stone for everyone to see and read but India. These were known to the Western world for centuries; Indians had their eureka moment in the 1990s.

The first commandment of capitalism said wealth is ephemeral and transient because sometimes it just isn’t real. In the past, the riches were calculated in the form of cash in Indian and foreign banks or stashed in sacks in warehouses, and possessions like jewels and palaces. Not any longer. Wealth was here today, gone tomorrow. Wealth wasn’t for seven generations; it was as temporary and uncertain as life.

It was evident from the way global magazines like Fortune and Forbes calculated the worth of an individual. It was largely based on the market value of the stocks that she held in companies. The value was perceived, and calculated as per set formulas, if the shares were not quoted on any stock exchange. Since the movement of stock prices is like “random walks” – “Brownian Motion” of molecules – they can fluctuate violently. Hence, the base of anyone’s wealth can shake seismically.

The second tenet was that reforms eroded the power and profits of the older business families that failed to evolve. In the more than four decades of the quota-permit raj, they thrived on government favors and political influence. They hoarded licences, expanded their empires, and acted as strong entry barriers for competitors. This was despite the restrictions placed by several laws on monopolistic practices. This changed as licences were given freely to new entrants. As new sectors, which were reserved for state-owned firms, were privatized, new opportunities arose for new faces.

In the post-liberalisation era, only a few behemoths from the past managed to hold on their own against competition, and the animal spirits that were let loose. Within no time, most members of super-rich families—the North-based Modi and Dalmia, Sarabhai and Mafatlal of West, and TVS and MAC group of South—were replaced by first-generation entrepreneurs like Nadar.

In this century, wealth wasn’t only created in the “visible” and “physical” sectors like manufacturing and infrastructure. The ambitious and often brash gate-crashers like Premji made their money in the virtual world. The mindset was binary, in terms of 1 and 0. The language was strange. The codes were mysterious. This was applicable as much to the software world in the 1990s, as to the Internet, digital, and financial universes that created much of the new wealth in the 2000s.

Finally, money had to be invested. Money begets money begets money was the new mantra. Earlier, business families would siphon the money to secret foreign accounts in Swiss banks, channelise it to buy benami assets, and store it as cash. This was ostensibly done for the children and grandchildren. Post-reforms, profits earned were funneled back as the returns were fantastic. Even the money stashed in tax havens winged its way back, and NRIs and PIOs started investing in Indian projects.

New codes related to wealth in the post-reform era reflected in various ways in the forever-expanding list of the rich and wealthy in the country. As we mentioned earlier, there was one PIO billionaire in 1991. On July 3, 2020, the Forbes’ List of Global Billionaires included almost 100 individuals and business families (including those whose members had separated). If the latter were counted separately, there were 114 as listed by Forbes.

This list has been extremely dynamic. During the past three decades, it has witnessed the rise and fall of many stars.

Of the 17 families, whose companies trace their origins to the pre-Independence days, and exist today, eight clawed back into the annual lists between 1991 and 2020. Of the top 28 family houses in 1990, only 11 figured. Of the latter, a few families appeared and vanished abruptly like flashes in the pan.

Ambani, Birla, and Godrej families regularly featured in the Forbes ranking. Rahul Bajaj, Keshub Mahindra (later Anand Mahindra), Baba Kalyani (maker of forges), and Vijay Mallya (liquor baron who ran away from India) joined them in 2007. Later, the two sons of R.P. Goenka, Sanjiv and Harsh, became a part of the club. Gautam Thapar (2008, 2010, 2011, and 2012), B.K. Modi (billionaire in 2011 and 2012), and the duo of Jai Hari and Yadu Hari Dalmia (featured in 2018) appeared briefly.

One of the curious omissions in the list is Ratan Tata, owner of the sprawling steel-to-soap-and-software conglomerate. The reason is that he doesn’t directly own shares in group companies. Various Tata Trusts control two-thirds of Tata Sons, the parent. Ratan Tata owns less than 1%. Tata Sons has stakes in 13 operational arms such as TCS, Tata Motors, and Tata Steel. These have cross-holdings in each other, and in other group companies. Ratan Tata’s wealth stems from RNT Associates, his personal vehicle, which invests in start-ups.

Since the billionaires’ riches are based on volatile stock prices, there were huge dips and jumps in their worth. The peculiar case is that of the Ambani siblings, Mukesh and Anil, who emerged as the biggest wealth creators and destroyers. In 2005, before their split, their combined fortune was $7 billion. By 2008, thanks to the stock market boom, Mukesh’s net worth zoomed to $43 billion; Anil nibbled at his heels with $42 billion. Their combined wealth: a jaw-dropping $85 billion.

After the global financial crisis in 2008, their fortunes tanked. By 2015, the brothers’ total wealth was $25 billion, a fall of 76.4%. Anil lost more than 90% of what he possessed. Only in 2018 did Mukesh recover as his worth grew back to $40 billion. Anil languished at $2.7 billion. In 2020, he told the London High Court that he was virtually bankrupt. “The current value of my shareholdings is down to $82.4 million, and my net worth is zero after taking into account my liabilities.”

(In the next part, we will look at the children of reforms, the generation that made it big in the post-reform world, not just in India but also on the global stage)