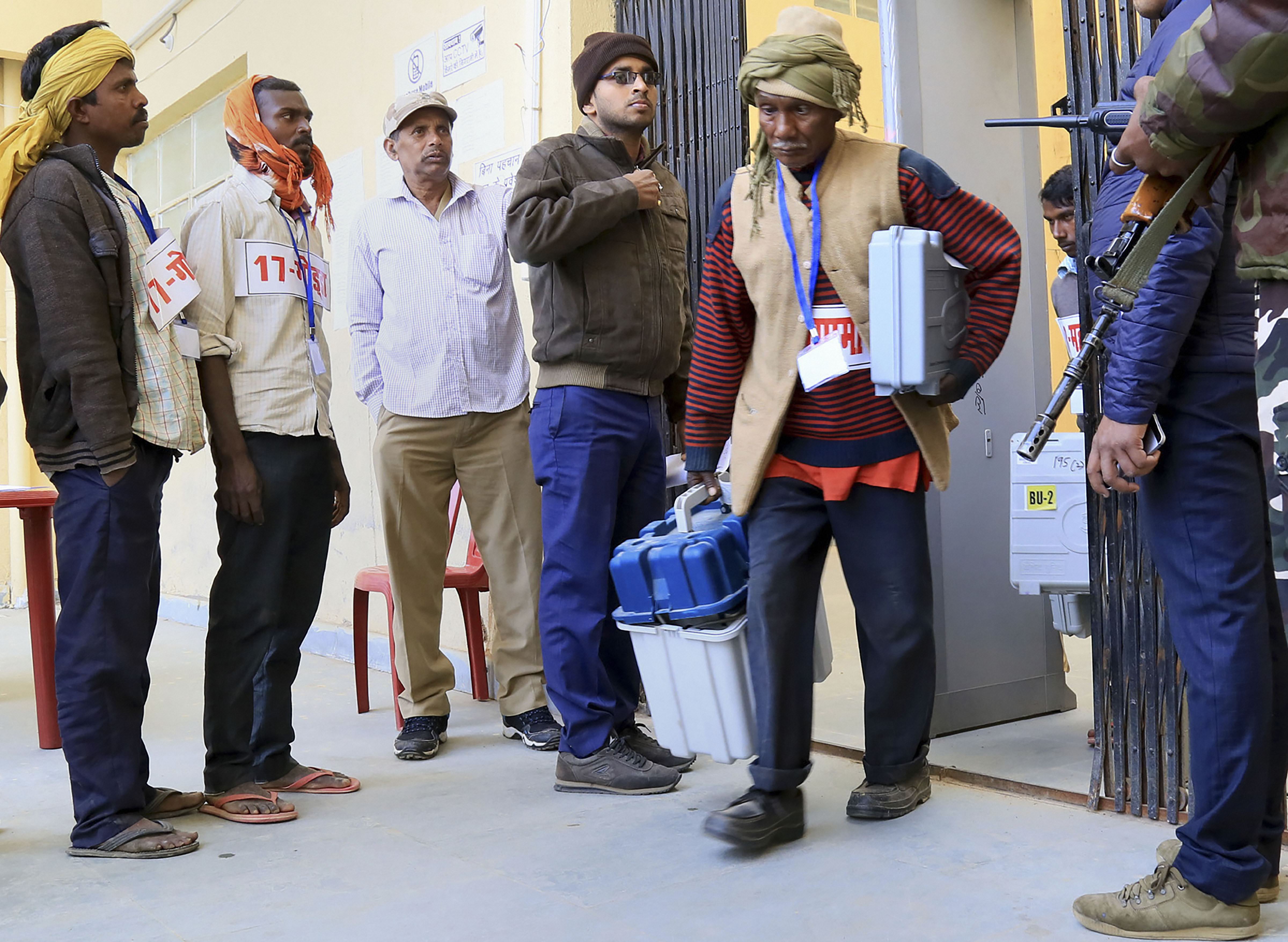 The counting of votes for 81 Assembly seats in Jharkhand, which went to polls in five phases between November 30 and December 20, began at 8 am on Monday (December 22) amid tight security.

The Election Commission has made arrangements for counting across all 24 districts headquarters.

The first set of results are expected at around 1 pm.

Overall voter turnout in this assembly poll was estimated to be 65.23% of the total number of voters, compared to the 66.53% witnessed in 2014. The counting will decide who would emerge victorious among the 1,216 candidates, including 127 women for the 81-member Assembly.

Also read: Fate of Hemant Soren will be decided in final phase of polling on Friday

The hot seat, which will be the centre of attention on the counting day will be Jamshedpur East, since Chief Minister Raghubar Das has been winning this seat since 1995. He is up against ex-cabinet colleague Saryu Rai. Saryu Rai switched sides after his ticket was put on hold by the BJP.

Hemant Soren, chief ministerial candidate of the opposition JMM, which is in alliance with the Congress and RJD, is contesting from Dumka and Barhait.

Sudesh Mahto, party president of the AJSU, who lost the 2014 Assembly polls, is trying his luck again from Silli.

The exit polls gave a marginal advantage to the Jharkhand Mukti Morcha-led opposition alliance in a close contest with the BJP.

The BJP is confident about returning to power. “We will cross the majority mark. Wait till counting. People have reposed faith in our five years’ governance,” said Deepak Prakash, BJP general secretary.

On the other hand, the JMM is anticipating the grand alliance’s victory. “The grand alliance (Congress-JMM) will certainly get the majority. People are fed up with the BJP government,” said Vinod Pandey, JMM general secretary.