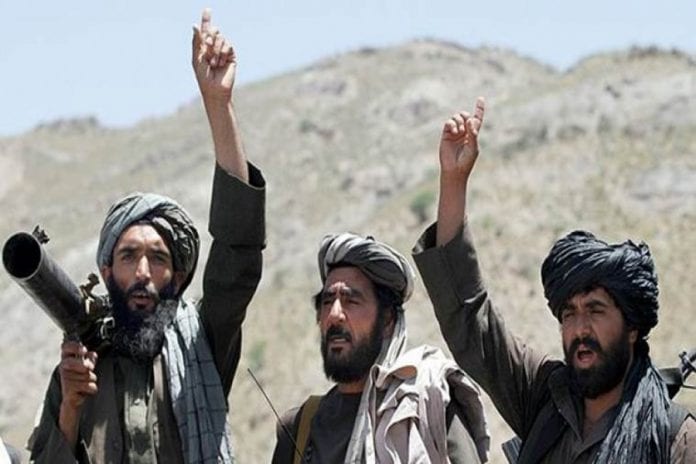 The Taliban were removed from power in Afghanistan by US-led forces in 2001, but the group has gradually regained strength. File Photo

Foreign Minister S. Jaishankar undertook a three-day Moscow visit, beginning July 7, amid reports of an ominous, onward march of the Taliban fighter in Afghanistan, especially in the north, bordering Tajikistan. Afghan government forces have reportedly fled and taken shelter in Tajikistan. The Taliban have reportedly taken control of around one-third of 421 districts of Afghanistan.

The US has completed its withdrawal quietly, as its troops left the Bagram airbase, near Kabul, a few days back after two decades of war, leaving Afghanistan in the quagmire of civil strife where regional powers or proxies – Iran, Pakistan, Russia, and China – are keen to gain an upper hand.

“We will ask other countries in the region to do more to support Afghanistan, especially Pakistan, as well as Russia, China, India, and Turkey. They all have a significant stake in the stable future of Afghanistan,” Joe Biden had said in a nationally televised speech from the White House in April.

Also read: The US misjudged the Taliban, and lost the plot in Afghanistan

The prospects for India look frightening as an unstable, volatile and land-locked Afghanistan with deeply conservative and armed Taliban in control can cast its long shadow over Kashmir.

Here is how the situation appears to be panning out:

The latest on civil war front: On July 7, the Taliban entered Qala-e-Naw (a town in north-western Badghis province), the first direct assault on a provincial capital since the US began pulling out its last troops. Airstrikes were used and special forces deployed to push the fighters back, Reuters reported. “The enemy suffered heavy casualties and now we are advancing and driving the enemy out,” special forces commander Sayed Nezami said. 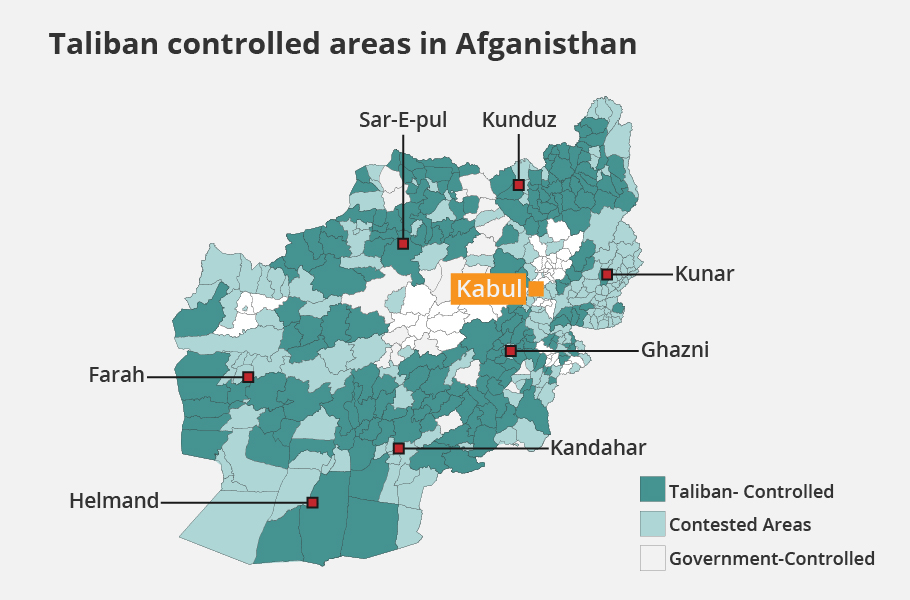 * Moscow has been holding talks with Pakistan, seen as the main backer of the Taliban as well as with the Taliban itself. Moscow has also hosted some rounds of talks between the Taliban and Afghan government representatives.

* US officials say Turkey (A NATO member) has agreed to continue providing security at the Kabul airport, ensuring the US and other nations can maintain a diplomatic presence in Afghanistan. However, Taliban are opposed to the presence of any foreign troops.

* “Donations to the Afghan Taliban are on the upswing in Pakistan’s border regions as the militant group intensifies attacks against Afghan forces,” Voice of America (VOA) reported in June 2021. But Pakistan isn’t happy with Taliban.

* “We oppose any military takeover of Afghanistan, which will lead only to decades of civil war, as the Taliban cannot win over the whole of the country, and yet must be included in any government for it to succeed,” Pak PM Imran Khan wrote in a recent article in the Washington Post.

* The Taliban have warned neighboring countries against offering military bases to the US. Pakistan, which appears to be the target of this warning, has categorically said that it will not do so. It now expects Afghan Taliban to restrain the Tehreek-e-Taliban Pakistan (TTP) and other militant groups.

Also read: An uncertain future for Afghanistan as curtain comes down on US presence

Who are Afghan Taliban?

The Taliban (meaning students) were removed from power in Afghanistan by US-led forces in 2001, but the group has gradually regained strength since and is seizing territory again. Here’s their power structure:

Deputy: Mullah Muhammad Yaqoob. He is the son of former Taliban founder Mullah Omar. He is the military operational commander;

* Haqqani is an ally of Pakistan and al-Qaeda, while Yaqoob favours the peace process with the US and rapprochement with India;

* Yaqoob has gained the loyalty and operational resources of the most vigorous Taliban factions in the south, where Haqqani has been unpopular’

* The Haqqani Network is widely viewed as a proxy of Pakistan’s intelligence agency, the ISI. Under the command of Yaqoob, the mainstream Taliban’s accommodating attitude towards India is a direct threat to Pakistan’s ability to project strategic depth through the Taliban against India.

* Ashraf Ghani Ahmadzai is the President of the Islamic Republic of Afghanistan. He was re-elected in the September 28, 2019 presidential election. He was announced the winner after a protracted process in February 2020 and was sworn in for a second term on March 9, 2020;

* He is the commander-in-chief of the Afghan National Army and the Afghan Air Force;

* The number of active personnel in Afghan armed forces is 1.75 lakh.

In a Kerala eatery, a tale of two great enemies over a cup of tea

Endgame in Afghanistan rattles everyone in the region and beyond