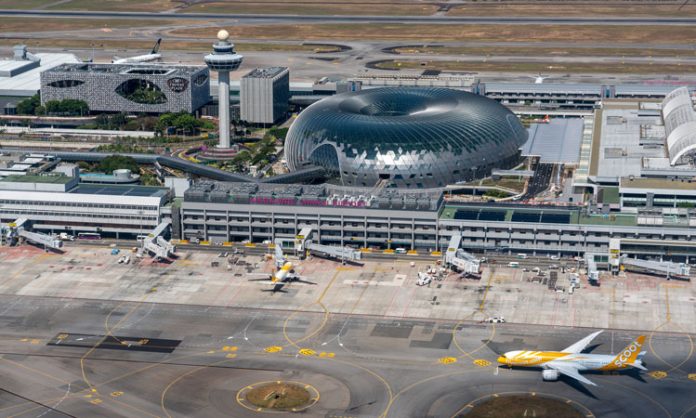 At the airport, the accused tried to buy his flight ticket, but to no avail, and was later picked up by the police

A 26-year-old Indian citizen has been sentenced to nine months jail on Monday for trying to leave Singapore during the peak of the COVID pandemic when he had been asked to wait in a hospital for the results of his swab test.

Balachandran Parthiban was tested positive after he was picked up by the police at Changi Airport and escorted back to Singapore General Hospital (SGH). According to a report in TODAY newspaper, he had taken public transport and tried unsuccessfully to buy a ticket to India, and loitered at Terminal 1 of the Changi Airport for about four hours. The foreign worker later breached an isolation order and went to the airport again in another bid to fly back home.

After he pleaded guilty in May to the charges of exposing others to the risk of COVID and leaving an isolation area without permission, his pro bono lawyer Cory Wong sought his remand at the Institute of Mental Health (IMH) for psychiatric evaluation. Following a nearly four-week stay in IMH, Balachandran was diagnosed with “adjustment disorder with mixed disturbance of emotions and conduct” around the time of his offences in May last year.

Dr Stephen Phang, IMH’s forensic psychiatrist, found that the minor mental disorder did not cause Balachandran to abdicate his capacity to assume mental responsibility for his actions. “He still retained the mental capacity to differentiate right from wrong and was not of unsound mind,” the psychiatrist added.

Also read: WHO is warning nations against easing COVID curbs too soon. Find out why

“Nevertheless, his subsequent psychiatric history showed that he later developed full-blown schizophreniform psychosis which got precipitated by the ongoing stress of being held under conditions of security, together with his ongoing concerns about his family situation back in India,” Dr Phangs medical report stated.

When in IMH, Balachandran reported hearing voices instructing him to commit suicide and which made it difficult for him to control his actions. “He is now on a reduced dosage of antipsychotic medication as he is clinically well,” the psychiatrist added.

In sentencing, District Judge Ronald Gwee took into consideration two other charges of exposing others to the risk of infection and of using insulting words towards a health officer. For each charge of breaking COVID laws, Balachandran could have been jailed for up to six months or fined up to SGD10,000, or both.

The court earlier heard that Balachandran was a resident of the Jurong Penjuru dormitory for foreign workers, which had been gazetted as an isolation area on April 18 last year to prevent the spread of the coronavirus. On May 23, he reported sick at his dormitory and complained of fever and sore throat. He was then taken to SGH by ambulance to undergo a COVID-19 swab test at around 12.45 pm.

About an hour later, he was transferred to the hospital’s ‘fever screening area’ at SGH’s multi-story car park and repeatedly told to wait for his swab test results. However, he left the car park at around 5.35 pm without giving notice because he wanted to buy a flight ticket back to India at Changi Airport. He walked 2.1 km before taking a public bus and taxi.
His swab test results later showed that he was a confirmed COVID-19 case.

At the airport, he tried to buy his flight ticket, but to no avail, and was later picked up by the police after they found him loitering at Terminal 1. They escorted him back to SGH.
Balachandran completed his period of isolation in the hospital on June 8 last year. He went back to the dormitory, was ordered to serve another 14 days leave of absence and was not allowed to leave the dorm.

“But he again left for the airport on June 16. He wanted to leave Singapore because he knew that there were many dormitory residents who were infected,” the court heard. He took a taxi to the airport at around 5.50 am that day with the intention of buying a flight ticket to India, but was again rejected.

After spending the night sleeping at the airport, he went to a relative’s home in Tampines the next day, and revealed that he had left his dormitory without permission. The relative called and alerted Balachandran’s supervisor, and the police arrived to escort him back to the dormitory at around noon that day.

UP by-polls: It is high time Samajwadi Party ...