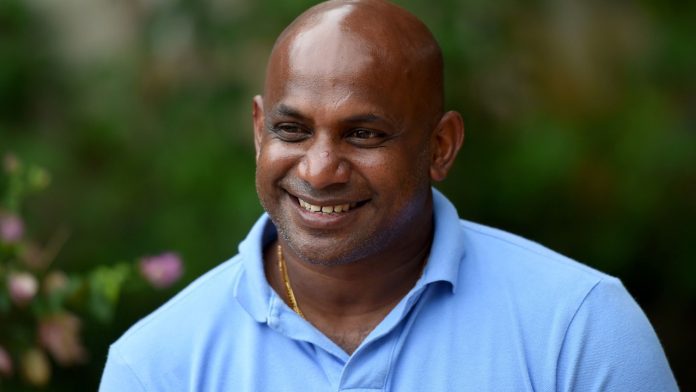 Jayasurya along with other cricketers, including former wicketkeeper Kumara Sangakkara, have supported the anti-government protests

Sri Lankan batting legend Sanath Jayasurya thanked India for helping the island nation during their worst economic crisis and said that it is unfortunate that the people are going through this situation.

“You know as always as a neighbour, the big brother next to our country has been helping us… We are very grateful to the Indian government and the Prime Minister (Modi),” Jayasurya said.

Supporting the ongoing demonstrations calling on President Gotabaya Rajapaksa over his handling of the crisis, Jayasurya said, “There are fuel shortages and gas shortages; electricity is not there for 10-12 hours sometimes. It has been really hard for the people of this country. That’s why people have started to come out and protest.”

“We don’t want to see these things happening. There are 3-4 kilometres of vehicles queueing for diesel, gas and for milk powder. …It’s really sad and people are hurt at the moment,” Jayasurya said.

A foreign exchange crunch in Sri Lanka has led to a shortage of essential goods such as fuel and cooking gas. Power cuts last up to 13 hours a day in Sri Lanka.

Sri Lanka is currently experiencing its worst economic crisis in history. With long lines for fuel, cooking gas, essentials in short supply and long hours of power cuts, the public has been suffering for weeks.

Jayasurya along with other cricketers, including former wicketkeeper Kumara Sangakkara, have supported the anti-government protests.

Former cricket skipper Mahela Jayawardena said that certain people controlling the economy of Sri Lanka have lost the people’s confidence and must stand down. In a statement, he said these problems are man-made and can be fixed by the right, qualified people.

“We then need a good team to give the country confidence and belief. There is no time to waste. It is time to be humble, not make excuses and to do the right thing,” Jayawardena has said.

Rajapaksa has defended his government’s actions, saying that the foreign exchange crisis was not his making and the economic downturn was largely pandemic-driven, where the island’s tourism revenue and inward remittances waned.

Ahead of polls, discontent over seat-sharing ...