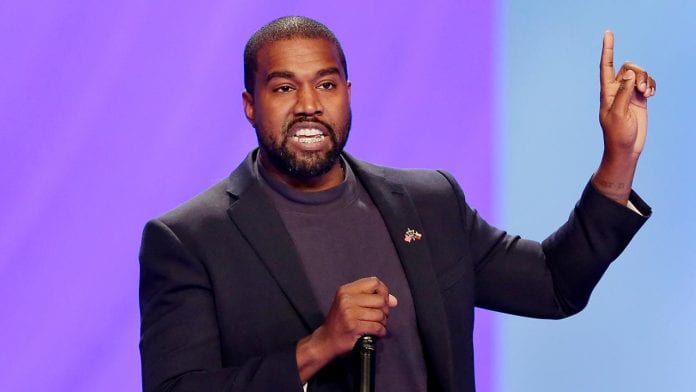 Rapper Kanye West on Saturday (July 4) announced that he is running for the office of President this year.

The multiple Grammy winner took to social media on the country’s 244th Independence day to share the news. “We must now realize the promise of America by trusting God, unifying our vision and building our future. I am running for president of the United States!” West wrote on Twitter using a hashtag #2020VISION.

We must now realize the promise of America by trusting God, unifying our vision and building our future. I am running for president of the United States 🇺🇸! #2020VISION

If he were to launch a campaign for the upcoming elections on November 3, West will go up against President Donald Trump, of whom he has been a vocal supporter, and Democrat presidential candidate Joe Biden.

According to NBC, during a speech at the MTV Video Music Awards in 2015, West said he was planning on running for president in 2020. The ‘Heartless’ singer also opened up about taking a political plunge as recently as November 2019. “When I run for president in 2024, we would’ve created so many jobs that I’m not going to run, I’m going to walk,” he had said at an event.

On his announcement, he received backing from Kardashian, who retweeted his post with an emoji of the American flag, and Tesla and SpaceX founder Elon Musk.
“You have my full support!” tweeted Musk.

You have my full support!

Several twitter users showed dislike to the tweet and said, “a vote for Kanye is a vote for Trump.” Kanye West is known to have made quite a few controversial statements in the past.  in an interview to entertainment site TMZ West said 400 years of slavery sounded like a ‘choice’ to him. He also once spoke out against abortion and said, “Thou shall not kill” condemning the Democrats stance on abortion.