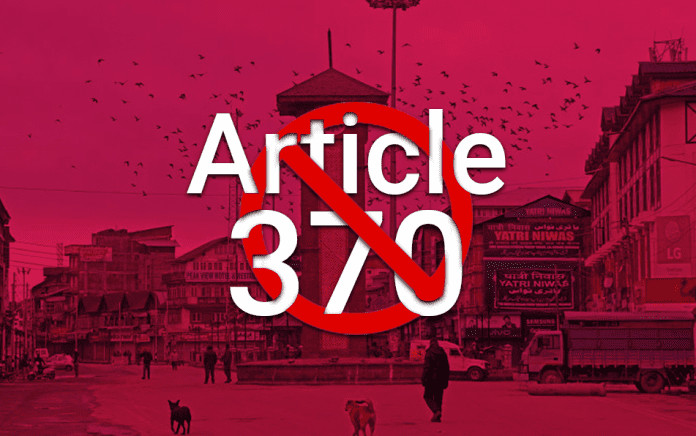 Muslim rights activists, including members of the Pakistani-American community, held demonstrations outside the Indian Embassy here to protest against scrapping of special status to Jammu and Kashmir.

Accusing India of human rights violations in Kashmir, the protestor’s on Tuesday sought the intervention of US President Donald Trump and the United Nations to solve the vexed issue. They raised slogans against India and Prime Minister Narendra Modi.

“People of Kashmir deserve independence, deserve their rights and deserve justice, Nihad Awad, national executive director of Council on American-Islamic Relations (CAIR), said outside the Indian Embassy in Washington. There is a humanitarian crisis brewing in the Kashmir valley. The State Department should urge the Indian government to immediately reinstate the protected status, lift the siege, and enter into peaceful negotiations,” said Awad.

CAIR is one of the largest Muslim civil rights and advocacy organization in the US.
The protest was organised by Chicago-based Sound Vision, which claims to be the pioneering Muslim-media organization of North America. Members of other Muslim organizations, including Islamic Leadership Institute of America, Burma Task Force which is working among Rohingya Muslims, and those representing Palestine groups, also participated in the demonstration.

Separatist Kashmiri leader Ghulam Nabi Fai, who has earlier served sentence in federal prison in the US on charges of lobbying on behalf of ISI, announced to hold a large protest rally against India in front of the Indian Embassy and the White House on Saturday. In March 2012, Fai was sentenced to two-year imprisonment by a US court for “conspiracy to defraud the US” by concealing transfer of funding from Pakistans ISI for his illegal lobbying efforts on Kashmir.