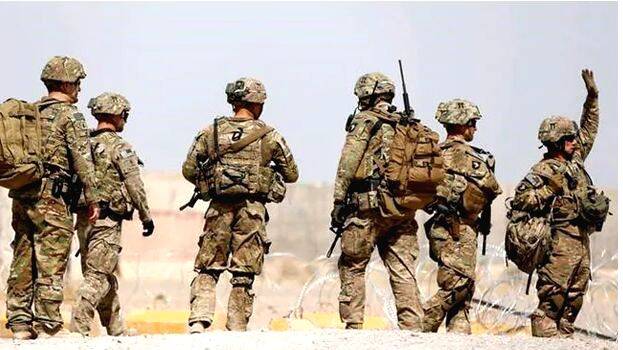 Initial reports said at least seven mortar bombs fell inside al-Balad airbase’s runway. Al-Balad is the main airbase for Iraq’s F-16s, brought from the US to upgrade its air force. The base hosted a small US air force contingent and American contractors.

Reports said a majority of the forces had been evacuated. About 90 per cent of the US advisers and employees of Sallyport and Lockheed Martin who are specialized in aircraft maintenance had withdrawn to Taji and Erbil following threats.

There are no more than 15 US soldiers and a single plane at al-Balad, sources said. The attack, reportedly by Iran, comes after its Quds forces commander General Qasim Soleimani was killed in a US drone strike in Iraq on January 3. Iran had ‘avenged’ the death of the officer by striking two US airbases in Iraq on January 8.

The new attack comes at a time when there was international pressure on both US and Iran to step down and prevent further escalation. In fact, there was some hope as US president Donald Trump said that the country did not ‘wish for war’ and the US and Iran had common ambitions in terms of rooting out terror.

Foreign affairs experts were of the opinion that the de-escalation actually happened because the Iranian missile strike had caused no destruction or loss of life to the US. On its part, Iran also secured its ‘revenge’ by striking back at the US base.

Reacting to the attack, US Secretary of State, Mike Pompeo, said he was “outraged” by another missile attack on an Iraqi airbase where US forces have been stationed, as neighbouring Iran signalled a wish to de-escalate regional tensions.

“Outraged by reports of another rocket attack on an Iraqi airbase,” Pompeo tweeted.

“These continued violations of Iraq’s sovereignty by groups not loyal to the Iraqi government must end.”

Outraged by reports of another rocket attack on an Iraqi airbase. I pray for speedy recovery of the injured and call on the Government of #Iraq to hold those responsible for this attack on the Iraqi people accountable.

There was no immediate claim of responsibility for Sunday’s rocket attacks. The US has previously blamed such attacks on Iran-backed groups in Iraq.