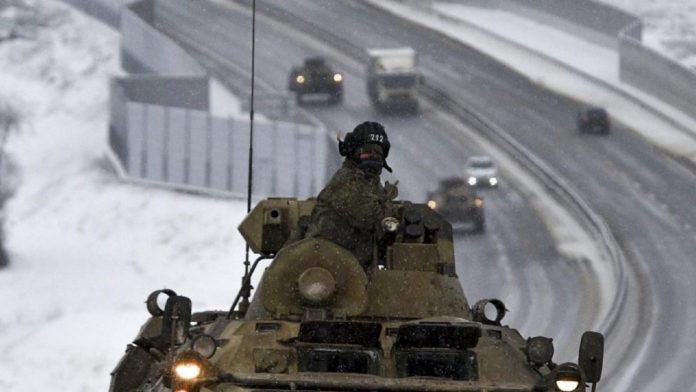 The Indian embassy in Ukraine on Thursday (February 24) asked Indians stranded in the country to look for bomb shelter on Google maps and move to the nearest safe shelter in the wake of the Russian invasion of the country.

“We are aware that certain places are hearing air sirens/bomb warnings. In case you are faced with such a situation, google maps has a list of nearby bomb shelters, many of which are located in underground metros,” the embassy said in the third advisory issued since the beginning of the attacks early on Thursday (February 24).

The Indian ambassador to Ukraine Partha Satpathy said since the official airspace has been closed due to bombings and road and rail networks have been disrupted, the special Air India flights to take back Indians had to be returned and they were looking at other ways to get people out, including through the western borders of Ukraine.

One of the alternatives was through Qatar, the Centre said, but this would be only if the people are able to reach Qatar from Ukraine or other possible routes.

Around 18,000 Indians, mostly students, are still stranded in Ukraine.

The Indian Embassy in Qatar said on Twitter, “Government of India, Ministry of Civil Aviation has allowed passengers traveling from Ukraine to travel by transit under India-Qatar bilateral air bubble arrangement.”

The Indian authorities are also looking at routes through Hungary to evacuate Indians. A team from the Indian mission is learnt to have assessed the possibility of ensuring safe passage route.

“I spoke to Malayali students in Ukraine on phone. Indian students in the southern areas of Ukraine have told us that they are getting food, water and power. Students and parents should not panic. Our government has brought back Indians even from places like Iraq. The central government will be able to ensure the safety of Indians, there is no doubt about that. The control room has been expanded, more telephone numbers have been given,” he said.

Earlier, the embassy had asked Indians to return if they were heading to Kyiv and return to the cities they live in.

“Dear Indians in Ukraine, the present situation in Ukraine is highly uncertain. Please maintain calm and remain safe wherever you are, be it in your homes, hostels, accommodations or in transit,” said the advisory.

“All those who are traveling to Kyiv, including those traveling from western parts of Kyiv, are advised to return to their respective cities temporarily, especially towards safer places along the western bordering countries.”

According to reports, Indians, especially students are worried about their safety and return.

“When I spoke to my friends in Kyiv, I could hear four or five blasts. They were in panic and crying,” Junaid Khan, a medical student, told NDTV from the Ukrainian city of Vinnytsia.

“I really hope that Indians are evacuated. I don’t know if you know this but two major cities of Ukraine have been taken over by the Russian army. We are actually scared…patrolling is going on,” he said.

Junaid was supposed to fly back to Delhi on Sunday along with others but as Russian President Vladimir Putin ordered the invasion of Ukraine, all civilian flights were cancelled over the country’s airspace.

Since they had been told by the embassy and their university that the situation was under control, nobody worried too much, but then the situation suddenly changed and now they are scared.

The student said that he was facing difficulties in contacting the Indian embassy too, which had moved from Kyiv to Lviv.

“An hour ago, an air base was blasted. The situation is getting worse. My parents are very worried,” he told the news channel.

Prime Minister Narendra Modi is holding a meeting with senior ministers to take stock of the situation and devise evacuation strategy for Indians stranded in Ukraine.