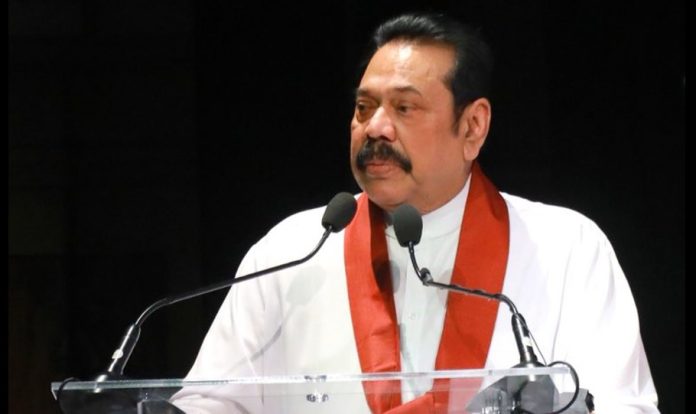 Pandemonium broke out in Colombo, leading to the death of a ruling MP, as loyalists of Sri Lankan Prime Minister Mahinda Rajapaksa went on a rampage after he stepped down from his post on Monday.

According to reports, Amarakeerthi Athukorala, an MP from the Polonnaruwa electoral district shot two anti-government protesters who had blocked his car in Nittambuwa and was later found dead in a nearby building, where he had tried to take refuge.

Several others have been reportedly injured in clashes between anti and pro-government protesters.

Rajapaksa on Monday resigned from his post amid protests over the worst economic crisis in the country, reported state media. Following several discussions among the ruling Sri Lanka Podujana Peramuna party (SLPP) and its constituent parties, the Prime Minister decided to resign from his designation.

Mahinda, 76, who was under intense pressure from within his own SLPP ranks to resign, was earlier gathering his supporters to apply counterpressure not to stand down.

Curfew was imposed all over the island with immediate effect until further notice, a police spokesperson was quoted as saying by the local media.

A military contingent was deployed to the protest site to assist law enforcement after clashes between pro-government and protestors at ‘MynaGoGama’ and ‘GotaGoGama’ protest sites left 78 people injured.

Police used water cannons to disperse the unruly SLPP protestors who are at the Galle Face green protest site, Hiru News website reported. At least 23 people were injured in the violence.

Opposition leader of the Samagi Jana Balavegaya, Sajith Premadasa visited the GotaGoGama protest site to assess the situation. The Opposition sources said a group had also attacked Premadasa and his colleagues as he arrived at the presidential secretariat protest site.

Sri Lanka is currently in the throes of unprecedented economic turmoil since its independence from Britain in 1948. The crisis is caused in part by a lack of foreign currency, which has meant that the country cannot afford to pay for imports of staple foods and fuel, leading to acute shortages and very high prices.

Thousands of demonstrators have hit the streets across Sri Lanka since April 9 seeking resignation of President Gotabaya and Prime Minister Mahinda, as the government ran out of money for vital imports; prices of essential commodities have skyrocketed and there are acute shortages in fuel, medicines and electricity supply.

Meanwhile, President Gotabaya appealed to the people to exercise restraint and remember that violence only begets violence, saying the economic crisis needs an economic solution which his government is committed to resolving.

“Strongly condemn the violent acts taking place by those inciting & participating, irrespective of political allegiances. Violence wont solve the current problems. I request all citizens to remain calm & exercise restraint. I urge everyone to work together in solving this crisis, the President said in a tweet.

The Prime Minister, before submitting his resignation had also urged the people to exercise restraint. “While emotions are running high in #lka, I urge our general public to exercise restraint & remember that violence only begets violence. The economic crisis were in needs an economic solution which this administration is committed to resolving, Mahinda had tweeted.