The German military said a firefight broke out at the Kabul airport’s north gate early Monday between Afghan security forces and unknown attackers.

Also read: ‘Everything is finished’: Sikh-Afghan MP breaks down after reaching India

The military said in a tweet that one Afghan security officer was killed and another three wounded in the incident. It said that U.S. and German forces then got involved and German soldiers didn’t suffer injuries. There was no further information and attackers remain unknown.

The Taliban, who are manning the outside perimeters of the Kabul airport, have not open-fired yet on NATO or Afghan troops within. 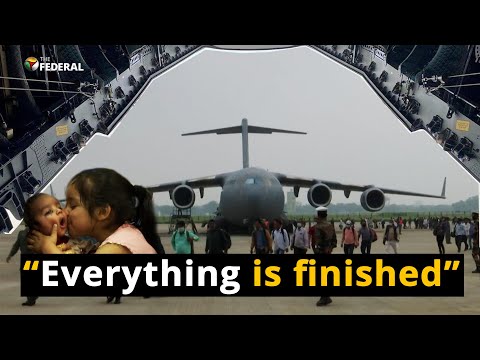 Thousands were still trying to flee the country in a chaotic exodus a week after the Taliban takeover. The situation continues to be tense. Around 300 Indians are stranded inside a wedding hall near the Kabul airport. Earlier, videos surfaces showing Afghan civilians desperately clinging onto a US aircraft to flee the country. Multiple countries have initiated rescue missions and the airport premises in Kabul is riddled with military from various nations trying to contain the chaos.