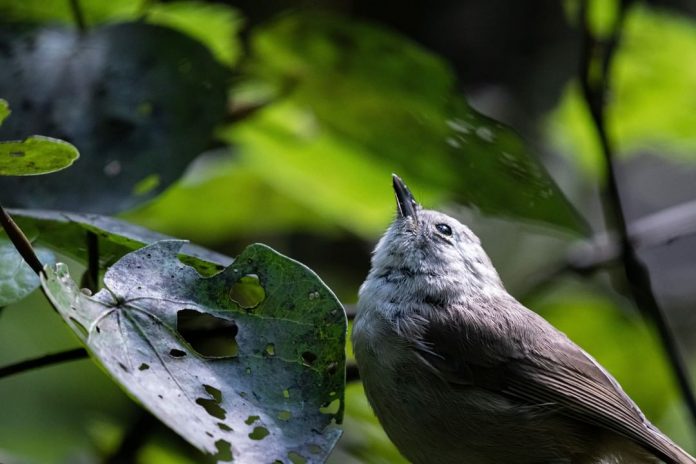 Even as India’s capital city is felling thousands of trees to make way for a gigantic parliamentary complex, New Zealand’s Wellington has chosen the opposite path.

Over the past three decades, the city has developed a natural reserve that fills the air with the smell of wet earth, the songs of birds and the buzz of exotic insects. Zealandia, earlier called the Karori Wildlife Sanctuary, is a protected natural that is completely fenced from pests and other predators. The authorities are working hard to restore the biodiversity of the 225-hectare forest.

And the reserve is in the heart of the city — just 10 minutes by car from New Zealand’s Parliament.

Among Zealandia’s success stories is the hihi, rare bird that was bordering on extinction, according to a BBC report. The birds had disappeared from the mainland in the 1880s, and just a few were found on the Little Barrier Island. The BBC report said these were translocated to Zealandia in 2005, and since then they have been breeding successfully.

We are thrilled to announce that, in partnership with @MasseyUni and Headland Journal, ZEALANDIA is running an essay prize for creative nonfiction! To learn more about the prize, head to https://t.co/E2h4CpCab1. The submission period is from 1 August – 12 September. pic.twitter.com/6PnAT8QAw5

I was lucky enough to pay a visit to @ZEALANDIA last week to check out the work going on to reinvigorate the lower reservoir. Today the sanctuary is closed so that critical work to eliminate perch can be carried out. pic.twitter.com/h0xclhjpWZ

Researchers say the introduction of land mammals to New Zealand in recent centuries has severely altered its ecosystem. Native flora and fauna are seen to have suffered from this. Zealandia seeks to address this, letting indigenous flora and fauna flourish without the threat of predators, thanks to the 8.6 km a pest-exclusion fence.

The region is home to about 40 native bird species, endangered reptiles and invertebrates, said the BBC report. Also dotting the landscape are hundreds of native plants, bushes and trees.

Win-win for the city

Wellington is gaining immensely from the ecological island. It is a huge tourist pull. Also, there is the pleasant spillover effect ­— exotic birds and insects are often now spotted in the city, too. Plus, there is the huge reservoir of oxygen immediately at hand — similar to New York’s Central Park, but with birds and other creatures, too. Environmentalists say Zealandia also helps keep excessive heat and floods in check.

The space further offers a ‘living laboratory’, said the BBC report. It allows scientists to conduct conservation research, pilot restoration techniques and let the public have a peep into the goings-on.

While these are the short-term achievements, the long-term one pans 500 years, said the BBC report. The plan is to restore the forest and freshwater ecosystems to their prehuman state, to the extent possible — it will take about 500 years for the original canopy to regrow.