(The Federal’s insightful data series on key areas like economy, climate, and agriculture)

The year 2020 made an unparalleled impact on the economy, given the deadly spread of COVID-19. The Federal takes a detailed look at the extent of impact and the projections of key sectors. 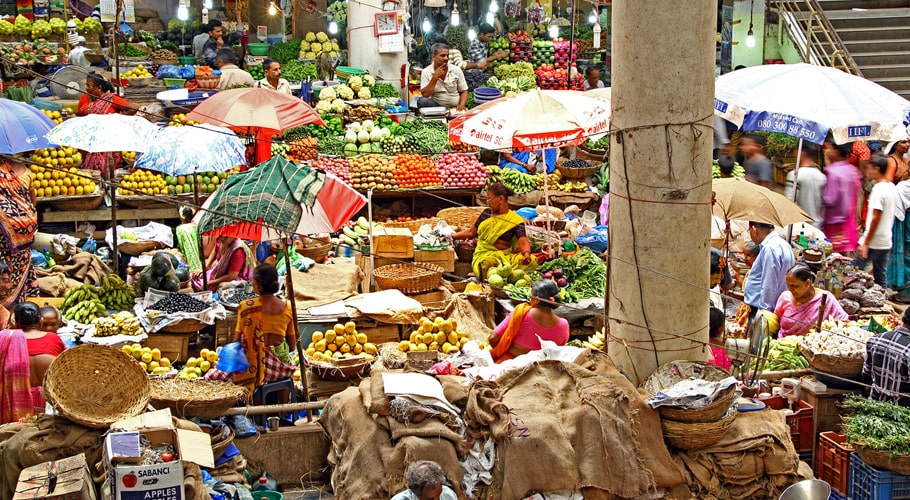 Further, it took until November for these indicators to reach pre-COVID levels, according to the data.

The analyses by the investment banking company Goldman Sachs and International Monetary Fund (IMF) suggest that the country might take three more years to completely recover the losses caused by the pandemic.

Here’s a deep dive into data to find out the trajectories of these indicators:

India witnessed the most stringent lockdown in the history of the world in March following the pandemic that adversely affected the economy of the country. The country’s GDP shrunk by 23.9 per cent, the worst-ever decline, in the second quarter (April-June) of the year. The sudden halting of almost all the economic activities resulted in tanking of financial markets, shrinking of the GDP and in a drastic fall in tax collections. It further affected the rest of the sectors in numerous ways. Later, it took more than six months (until September) for all these economic indicators to reach pre-COVID (January) levels.

A partial recovery began from June. This was evident through the GST collection. Financial markets (stock markets), too, saw a major impact which eventually also affected the gold market.

The projection of the growth of the current financial year (2020) by the investment banking company Goldman Sachs stands at minus 10.3 per cent, according to the projection published in November. It was minus 14.8 per cent in July which was altered after the economy regained some strength.

The per capita GDP of the Indians has dropped below that of Bangladesh and might take more than three years to reach pre-COVID levels, says the latest study by International Monetary Fund (IMF)

The trajectory of the monthly collection of the Goods and Services Tax (GST) throughout the year clearly reflects the impact of the pandemic on all the economic activities. The contractions in the tax collections demonstrate the extent of the shrinking of the economy during the lockdown.

The GST collection of January 2020 was Rs 1.10 lakh crore which dropped in February to Rs 1.05 Lakh crore and further below one lakh crore in March. April saw the biggest drop when the tax collection dropped to a mere ₹ 32,000crore.

Almost all states seem to have collected the GST as much as they did in November of the previous year. Only eight states and UTs, including Delhi, have shown negative growth in GST collection of November compared to the previous year. Heavily industrialized states such as Maharashtra (5%), Karnataka (5%) and Tamil Nadu (13%) observed positive growth in the tax collection of the same month.

The increased faith of investors in gold and decreased assurance in the stock market during the pandemic could be seen through their choices all through the year. On the one hand, stock markets were declining, and on the other, gold markets were balancing the decline from March till September. The stocks of mainly health-related companies saw a big surge during the same period.

Further, the announcement of the vaccine and developments in its research created a positive impact on financial markets over the last two months, suggests the data.

The stock markets dropped right after the announcement of the lockdown while subsequently; the gold market took a surge. The surge in gold continued till September until the stock markets began showing signs of recovery in September. The stock markets reached pre-COVID levels and gold rates inclined towards negative growth during the first week of October.

The Bombay Stock Exchange’s index Sensex had dropped to 29,916 points on March 20 from the range of about 40,000 where it had started off the New Year in 2020. Sensex hit its lowest mark in the year (25,981 points) on March 23, a day after the announcement of the Janata Curfew, by the Prime Minister. Until mid-June, it remained below 35,000 points as the economy was still struggling to restart. As the government allowed the partial reopening of the businesses across the country, the stock market began its recovery at a faster pace. It took the market, next three months to rise by further five thousand points when it crossed the mark of 40,000 on September 10. From the first week of November, the Sensex started a faster recovery and reached its highest point in the year (46,266 points) on December 14.

Similarly, Nifty index of the National Stock Exchange (NSE) marked its peak (13,553 points) in the year on the same day (December 14) as that of BSE Sensex. It dropped to the lowest (7,610 points) on March 23 on the lines of Sensex. The overall trajectory of Nifty remained quite similar to that of the Sensex throughout the year.

The ups and downs in the stock market impacted in the reverse way on the gold markets during the pandemic. The 10 gm gold came for ₹ 38,338 on January 20. It crossed the mark of ₹ 50,000 in September. The gold rates steadily increased from January till September as the demand grew. For every fall in stock markets, gold found a bigger surge for almost six months. The gold rates dropped below ₹ 50,000 once the stock market went past forty thousand-mark in October.

Despite the pandemic, the Central government has managed to keep the inflation rate under check throughout the year. The inflation was about 7.59 per cent at the beginning of the year in January, according to Reserve Bank of India (RBI) data. It dropped to 5.84 per cent in March to again jump past seven per cent. It remained below 7 per cent until September.

The latest figure for inflation rate stands at 6.93 per cent for November, as per the RBI information.

The Consumer Price Index (CPI) released by RBI shows that the prices of goods have increased during the lockdown. Like the rest of the economic indicators, CPI too saw a sudden hit after the announcement of the lockdown in March. The CPI of the country was 150.2 points in January. It dropped by 1.6 points only to spike by 2.8 points following the lockdown. It kept increasing by an average one point every month throughout the year. For November, the CPI stood at 158.9 points, according to the RBI data.