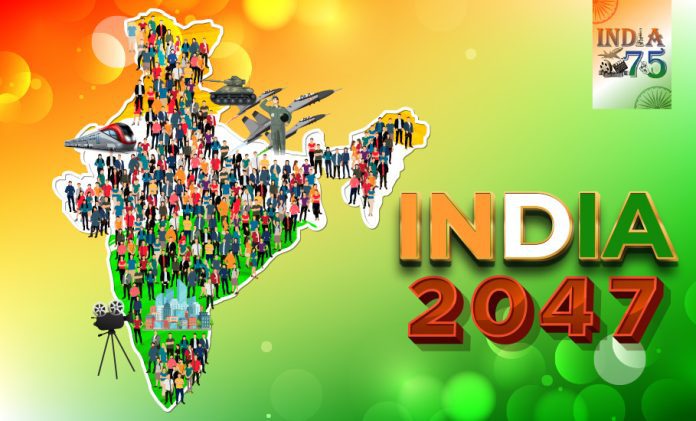 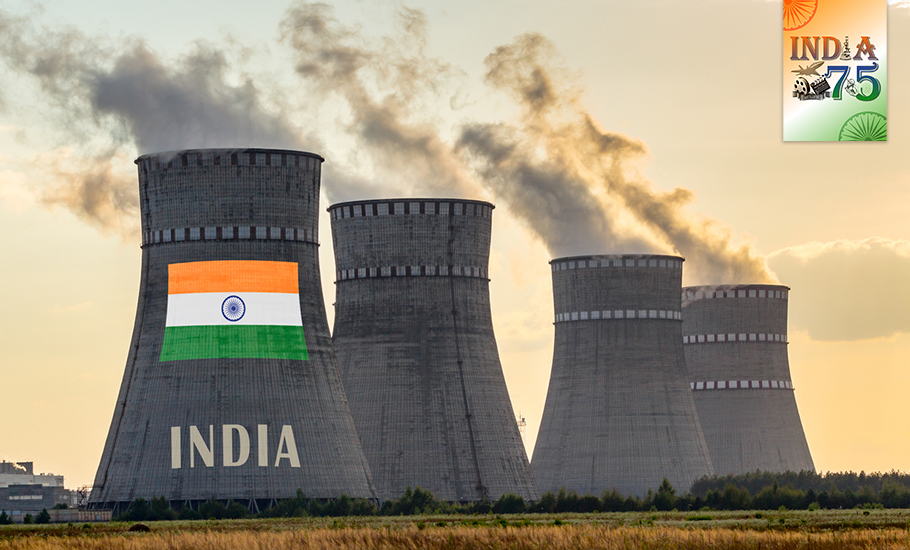 Toward 2047: Nehru’s caution on rapid growth matters for ecology 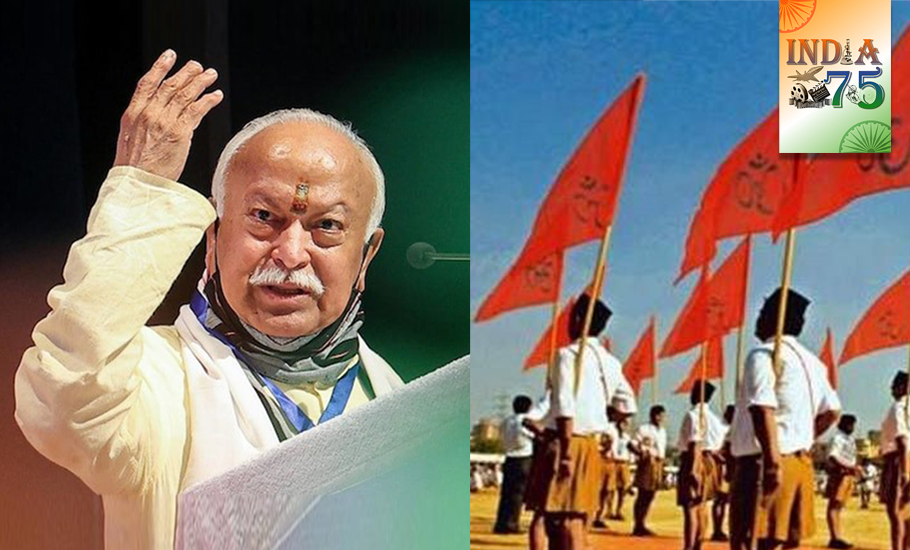 After slow ascent, RSS has firm grip on Indian polity for next 25 years 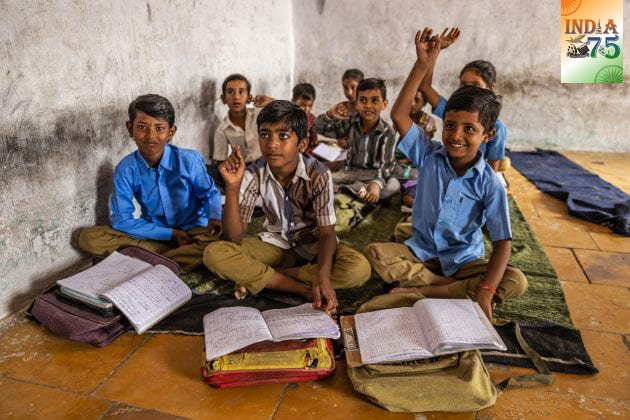 Children are nation’s future assets; it’s our duty to protect their rights

Where will India stand when the nation celebrates its 100th anniversary of Independence, in 2047?

It would be the biggest nation on earth in terms of population, with more than 1.6 billion people. About 60% of them would live in towns, still below the global average of two-thirds, in 2050. According to the UN, India’s median age would be 38, 10 years above the current median age. That means the bulk of the population would be in the working age group of 15-65, although the share of the working age population is slated to decline in southern Asia from the mid-2040s onwards.

Would they be productively employed? That is the big question, the answer to which would determine how prosperous India would be at the centenary of its Independence.

Our failure to provide decent education to students in the present will ensure that the generations that constitute the workforce in the middle of the 21st century would be the children of functionally illiterate parents, for a large part. A culture of measuring an individual’s accomplishments by the marks secured in scholastic tests means that cramming, coaching and cheating will account for the qualifications of the qualified, to a large extent, rather than knowledge and a capacity for critical thinking that, together, lead to creativity, new knowledge, new ideas, new businesses, jobs, higher incomes and greater prosperity. This would diminish India’s potential for growth.

Yet, since even the minority that manages to emerge from formal education with their talents burnished rather than crushed would be very large by global standards, it would still manage to drive reasonable growth. The Second Advance Estimate for the total value of the output at current prices for 2021-22 puts the figure at $2.9 trillion, at current exchange rates. Assuming a compound annual growth rate of 7% for 26 years, India’s GDP would reach a size of around $17 trillion by 2047, at market exchange rates. That would yield a per capita income of some $11,000. That is where China stands today.

Why assume an annual growth rate of 7%? China has demonstrated that a country, after takeoff, can sustain double-digit growth for a decade or so. Why assume a lower rate for India? There are two sets of reasons for assuming this lower rate of growth.

One has to do with the time and energy India will likely waste on internal squabbles. India’s multicultural, multi-faith, multi-linguistic diversity and the specific sets of world-historic antecedents and geographically dispersed global connections – this diversity makes it possible to hold out the possibility of tremendous reach for India’s soft power across the globe. Such soft power can yield economic and strategic fruit.

Instead of appreciating India’s diversity as a mother lode that can yield a national bounty, politics has been trying to force an ahistorical homogeneity on that diversity. This is bound to create dissonance and, worse, disruption. India is likely to overcome this, thanks to its civilisational genius for accommodating diverse elements into a transcendent unity, but only after a period of bitterness and loss.

Another reason to keep the growth rate at 7% is that we are doing this projection in dollar terms. While India’s productivity is likely to grow faster than that of the US, tending to appreciate the rupee against the dollar, inflation in India is likely to stay higher than in the US for some time, offsetting that appreciation and likely depreciating the currency somewhat, so that the dollar growth rate is likely to be lower than India’s real growth rate in rupee terms.

An economy at the stage of development India would be in 2047 would have a combination of two advantages not available to either a rich country or a poor one. It would have a combination of the ability to devote a sizable absolute amount to things like strategic capacity, research and development and foreign aid, and the availability of skilled manpower that is relatively inexpensive by global standards. China gains from this today; India would, a quarter century hence.

This will boost India’s defence capability in all the ways that would matter in 2047. Sophisticated conventional weapons, a nuclear arsenal large and diversely deployed enough to offer effective counter-offensive to any attack on us, precision targeting capability of objects at any time of the day through synthetic aperture radar mounted on a constellation of satellites, silent, nuclear-missile carrying submarines capable of staying underwater for weeks, hypersonic missiles, the ability to deploy infantry, naval, air, space and cyber forces in a coordinated fashion with clear lines of unified command, reliable supply chains for logistics, the ability to transport and deploy large numbers of personnel at short notice and the ability to cripple enemy communications using a combination of satellite destruction and cyber warfare.

With sensible policy choices, India would have dumped its imported-oil dependence by 2047. For one, transport would have switched to electricity, from either high-capacity storage batteries or from fuel cells that feed on hydrogen. Electricity, too, would come primarily from nuclear energy – mostly from India’s fast-breeder reactors that start with thorium from South India’s monazite sands and end up with plutonium, which would serve as fresh fuel.

An increasing part of energy would come from atomic fusion reactors, the technology for which matures at a rapid pace right now. India already is a part of the global collaboration on fusion energy, ITER, thanks to the Indo-US nuclear deal of 2008, much derided by large swathes of the political class when it was struck. Coal and gas would be tiny, legacy bits of the energy spectrum, with the world depending primarily on nuclear energy, thanks to the global urgency to combat climate change and the need to develop massive amounts of clean energy to suck carbon dioxide out of the atmosphere. Wind and solar power would lose their appeal, in the face of cheap nuclear power and growing opposition to using up land for solar panels and to disfiguring scenic landscapes with protruding wind turbines.

Clearly, India’s existing towns and cities would not be able to accommodate this large an influx. Assuming a population density of 12,000 per sq km (borrowing from a dense part of New Delhi), we would need an additional urban area spanning some 37,000 sq km to accommodate the projected increase in urban population.

This would be a great opportunity to build new towns from ground up, with proper urban planning to minimise commutes, maximise the use of public transport and build honeycomb-patterned roads rather than rectangular grids that tend to clog up during peak traffic times.

Buildings can be designed with the right mix of insulation and ventilation to save energy on HVAC (heating, ventilation and air-conditioning) — offices, commercial spaces and homes. Building clusters can be laid out to avoid forming heat islands. All towns can have open spaces that host playgrounds, parks, greenery, flowers and places for public gatherings. Cities without slums or ghettos that breed crime and shun policing are as much urban planning as sociology.

Building 30 or 40 new towns across the country, and good connectivity among them and with older towns, would itself generate huge amounts of income and raise the economy’s productivity.

Where would all the capital come from, to make these giant investments implicit in such projects? By the middle of the century, the world would have 1.6 billion people aged 65 and more. A good proportion of them would have saved for their retired life. Those retirement savings would need avenues for high-return deployment.

Trillions of dollars of investible capital would chase sound projects across the globe. India’s challenge would be to formulate realistic, decent projects, institute credible financial reporting and make corporate governance routine practice rather than an elusive dream of management gurus. The capital to finance the projects would come gushing in.

By 2047, India would be substantively more of a democracy than it is today. Its Hindu majority would no longer feel victimised by an 18% minority — yes, the Muslim population would, indeed, grow faster than the Hindu population and rise from the level of 14% at present and their share would peak below 20%, never mind the concerted propaganda of Muslim population growth reducing Hindus to a minority in India.

Fast economic growth would have created space for people of all castes to join the mainstream. Urban life would blur caste divisions, and greater freedom for women to choose their life partners would blur them further. Dalits, other backward castes and Muslims would cease to be pools of deprivation and under-achievement.

Tribal populations would begin to join the mainstream, in education, jobs and general quality of life, even as they lag other sections of society. Institutional arrangements to protect and cater to their special needs would become more effective.

India’s multifaceted cuisine, music, movies and literature would find popular acceptance across India and the world. Hindi speakers would have access, in translation, to Tamil, Marathi and Kannada novels and plays, and vice-versa. The synthetic injection of Sanskrit words into Hindavi, in the 19th century, at the urging of Christian missionaries, who wanted separate languages for Hindus and Muslims into which to translate the Bible and address these two communities separately, had created a cleavage between Urdu and Hindi. Communal mobilisation has, over the decades, deepened that division. The lingo of Hindi films and their music has, however, kept Hindustani alive.

The votaries of Hindu-Hindi-Hindustan speak a kind of Sanskrit-suffused Hindi that ordinary folk in North India struggle to follow. That division would blur, and the writings of, say, a Prem Chand or a Kaifi Azmi would be enjoyed by Hindi speakers without any religious sentiment being hurt by their profusion of words that have their roots in Persian (that Persian and old Sanskrit have common roots is another matter).

Indian languages other than English would mature to permit high-level academic inquiry in them. English proficiency would spread, but shedding its current status as a language that signals class and cultural dominance over non-English speakers. Indian movies, plays and their metaverse versions would proliferate across the world.

If much of this sounds like wishful thinking, it is because we are looking at 100 years of freedom. If we cannot hope for freedom from prejudice, built on the basis of ending poverty and ignorance and disease and inequality of opportunity, what would we be celebrating, after all?

(TK Arun is a senior journalist based in Delhi)