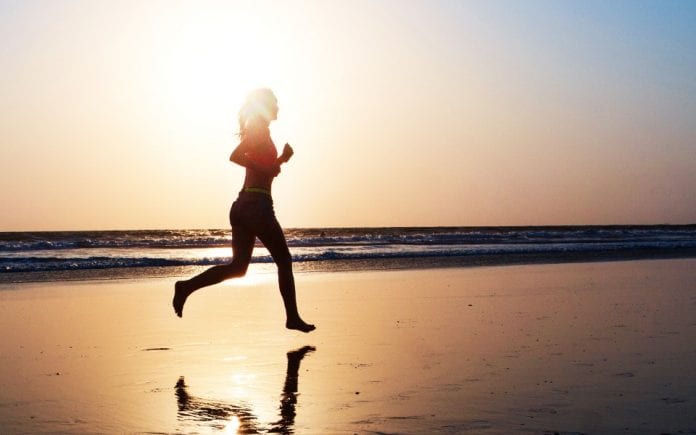 While Prime Minister Narendra Modi’s ‘Fit India Movement’, which was launched on the National Sports Day on August 29, may have targeted all sections of population, an ongoing study has raised serious concerns about how unfit women are in the country.

The Indian Council of Medical Research and India Diabetes (ICMR-INDIAB) study, which has covered about 27 states with a total sample size over one lakh people above the age of 20 years, has pointed out that only three per cent women in the country undertake physical activities on a daily basis.

Lack of exercise has severe implications like increasing the risk of developing diabetes, hypertension and obesity, apart from cancers and stroke.

The last edition of the National Family Health Survey report released in 2016 has shown that obesity has risen considerably over a decade (since 2006) with metro cities having a huge share of obese women — Mumbai (35.8 per cent), Chennai (33.6 per cent), Delhi (33.5 per cent) and Bengaluru (31.4 per cent).

The numbers assume a lot of significance since about 60 per cent of all deaths in India every year (an estimated six million) are due to cardiovascular diseases, diabetes, chronic respiratory ailments and cancers.

Many reasons for women to not exercise

Dr V Mohan, head of Madras Diabetes Research Foundation, who has been conducting the study, says that the worrying part is that women undertaking any kind of physical activity are concentrated in the upper stratum of society, and a little in the middle stratum, while the lower stratum has absolutely no one exercising.

“From lack of time and appropriate place — since there aren’t enough green spaces — and safety and pollution, they have a long list of reasons for not working out. Some have even said that the dress they wear for working out makes them feel unsafe,” says Dr Mohan.

Stressing that workouts have to be tailored to suit the culture, he points out that there are societal and cultural reasons that restricts women from working out, like in-laws and husbands not permitting them to step out for physical activities.

“Dance routines indoors can give them high intensity workout in minutes. Playing with children and grandchildren, and making small changes like brisk walking up and downstairs during office hours can also benefit them. Shunning vehicles for short distance travels during shopping can help as well,” he says.

The ‘Fit India Movement’ is close on the heels of the efforts by the World Health Organisation’s (WHO) attempts to make its member nations promote physical activity among its citizens. It has noted that insufficient physical activity is one of the leading risk factors for deaths worldwide.

An earlier study, the ‘The Obesity Reduction and Awareness and Screening of Non communicable diseases through Group Education in Children and Adolescents’ (ORANGE) project in Chennai among children and adolescents with a sample size of close to 20,000, had found that girls were more obese than boys, at 18 per cent. It also found that hypertension rates were higher among the obese group at 20 per cent.

“Obesity has to be dealt with promptly among school children as it becomes difficult to attend to later in adulthood. Moreover, the risk of polycystic ovarian syndrome (PCOS), a hormonal condition, is higher when they are obese,” says Dr Mohan.

According to Dr J Dhivyalakshmi, a paediatric endocrinologist, obesity among children is a societal issue and the consumption of junk food is also to blame for it.

“Easy availability of junk food and expensive healthy alternatives are also reasons for children taking to junk. Every kids’ channel promotes something unhealthy. For girls, obesity during puberty phase can be a trigger for a slew of health issues like irregular periods, early onset of diabetes, etc.,” she says.

Every move counts: WHO guidelines for physical fitness during COVID

TN minister advises people with diabetes, BP to keep them under cont...