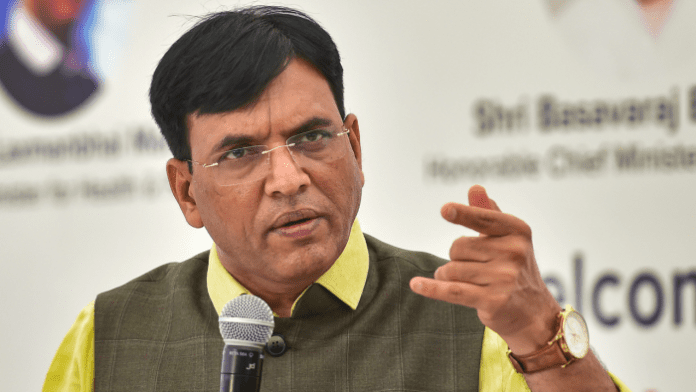 Union health minister Mansukh Mandaviya informed Lok Sabha on Friday (December 9) that the estimated number of cancer cases in the country in 2020 was 13,92,179. This is projected to increase by 12.8 per cent, he said, citing National Cancer Registry Programme data.

Also, the cancer treatment in government hospitals is either free or highly subsidised for the poor and needy. The central government is also implementing a centrally sponsored scheme called the ‘Strengthening of Tertiary Cancer Care Centres Facilities Scheme’ to boost facilities for tertiary care of cancer.

Nineteen State Cancer Institutes (SCIs) and 20 Tertiary Cancer Care Centres (TCCCs) have been approved so far under the scheme. There is also focus on developing oncology facilities in its various aspects in the case of new AIIMS and many upgraded institutions under the Pradhan Mantri Swasthya Suraksha Yojna (PMSSY), the minister said.

Treatment of cancer is also available under Ayushman Bharat Pradhan Mantri Jan Arogya Yojana (PMJAY), he said, adding that quality generic medicines are made available at affordable prices to all, under Pradhan Mantri Bhartiya Janaushadhi Pariyojana (PMBJP) in collaboration with the state governments.

While the setting up of the National Cancer Institute in Jhajjar (Haryana) and the second campus of Chittaranjan National Cancer Institute, Kolkata, have all been done to increase the capacity for treatment of cancer in the country, said Mandaviya. Pharmacy stores under Affordable Medicines and Reliable Implants for Treatment (AMRIT) have been opened in some hospitals and institutions to ensure cancer drugs are available at a substantial discount, pointed out Mandaviya.