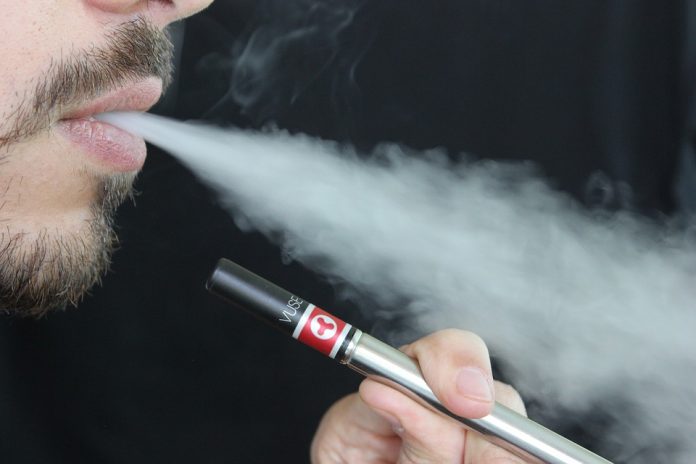 Days after the ban on e-cigarettes came into effect, the Union Health ministry has asked Departments of Higher Education, School Education and Literacy to be vigilant about availability and use of such products in educational institutions.

The Union Health Secretary has asked the Departments of School Education and Literacy and Secretary, Department of Higher Education to issue instructions to all concerned to be vigilant about availability and use of electronic cigarettes in the premises of education institutions.

“Considering the fact that children and adolescents are the most vulnerable to these fancy looking products, it would be appropriate that children, adolescents and young adults are made aware of harmful effects of e-cigarettes and like devices. E-cigarettes contain flavours and their use does not generate any foul smell associated with conventional smoking. These have sleek design and fancy appearance. These products are marketed to attract consumers, specially youth by creating a false notion of safety,” Sudan said in one of the letters. She further added that nicotine being highly addictive , use of e-cigarettes may also be a gateway for youth to take up conventional smoking.

In another letter to chief secretaries of all states, Sudan explained that e-cigarettes includes all forms of electronic nicotine delivery systems, heat not burn products, e-hookah and like devices, by whatever name called and whatever shape, size or form it may have. She, however, added that the ban does not conclude any product licensed under the Drugs and Cosmetics Act, 1940.

“Production, manufacture, import, export, transport, sale, distribution, storage and advertisement of electronic cigarettes or any parts or components thereof such as refill pods, atomisers, cartridges etc is prohibited. Online sale and advertisement have also been prohibited. “Individual possession of e-cigarettes for personal use is not an offence,” Sudan said in the letter and also elaborated on punishments and penalties. She further stated that an opportunity has been provided to owners of existing stocks of e-cigarettes on the date of commencement of the ordinance to suo moto declare and deposit stocks at the nearest police station without delay.

The Commerce Ministry has banned exports of electronic cigarettes, e-hookah and other similar devices. “Export of electronic cigarettes including all forms of Electronic Nicotine Delivery Systems, Heat Not Burn Products, e-Hookah and the like devices by whatever name called and whatever shape, size or form it may have… is prohibited,” the Directorate General of Foreign Trade (DGFT) said in a notification. However, it said the ban does not conclude any product licensed under the Drugs and Cosmetics Act, 1940.