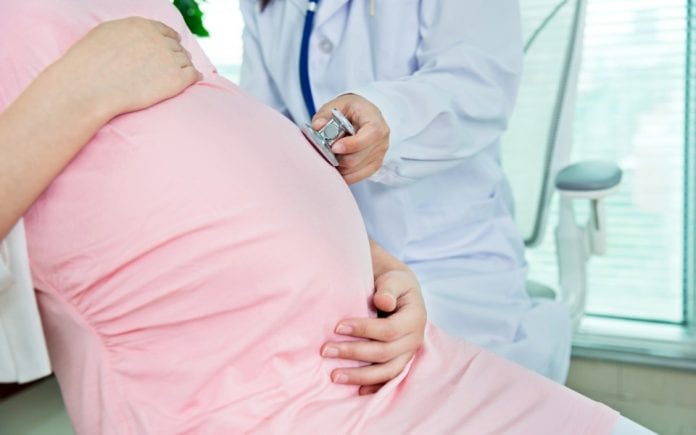 Chennai-based entrepreneur Vanipriya Jayaraman, who was expecting her first baby on April 13 — the day when the first phase of the lockdown for COVID-19 containment was supposed to end — had consulted her doctor to induce labour a week ahead.

She was worried about the rush and traffic on the day the lockdown would end. Luckily, she had a normal delivery on April 7. She says, “The anxiety was amplified in the last few weeks of pregnancy. I couldn’t have my last scan as well due to the restrictions on services in hospitals.”

Vanipriya is not alone, as another new mother, Anitha Suresh, who had her first baby last week, has been worried since the time she returned home after delivery. She says, “I have been worried about my next few visits to the hospital for vaccination for my newborn baby. I am not sure if precautions like social distancing and hand hygiene will be adhered to. I am worried about bringing infections home from the hospital, as I have aging parents.”

Vanipriya and Anitha’s experience in times of COVID-19 reflect the struggle of new mothers and pregnant women in India.

According to the United Nations Children’s Fund, as many as 20.1 million babies will be born in India between March—since the disease was declared a pandemic—and December. India is followed by China (13.5 million), Nigeria (6.4 million), Pakistan (5 million) and Indonesia (4 million).

The mothers and babies will bear the brunt of a strained health system and disruption in services, said UNICEF.

At the Institute of Obstetrics and Gynaecology (IOG) in Chennai, a government-run hospital, doctors have been forced to reduce the monthly visits for pregnant mothers for check-ups to five, as against the usual 12 or 13 visits.

A source from the hospital says, “We have asked them to come at third, fifth, seventh and ninth month after the confirmation of pregnancy. Usually, they have a visit every week in the last month and two visits a month after the seventh month. It is hard to convince them about the reduced number of visits but we cannot afford to take risks.”

The source also explains that they are seeing positive cases among mothers, with testing made mandatory for all pregnant women 10 days before their estimated date of delivery.

Neonatologists also point out that there are problems with expectant mothers missing scans or visits. Dr Deepa Hariharan, a neonatologist explains, “We have the third month scan for Down Syndrome and the 20-week anomaly scan that are both important. However, I am seeing that either they opt for the Down Syndrome test or the anomaly test—not both. Moreover, most are doing home tests and going for their first doctor check up in the second or third month of pregnancy.”

She also points out that without regular checkups in the early stages, diabetes and anaemia are not treated early. “It could influence birth weight, outcome, and neurodevelopment status. Diabetes during pregnancy comes with the risk of miscarriage and anomalies,” she adds.

IOG is also directing new mothers and their babies to visit their nearest primary health centre for vaccines. “Since the pneumococcal vaccine is also part of the six-week vaccine regimen along with the DPT (diphtheria, pertussis, and tetanus) shot, many insist on visiting the hospital. Pneumococcal vaccine is expensive in private facilities. So parents don’t want to take a chance, but that also ends up in crowding as the mother and baby are accompanied by two or three attenders,” adds the source.

However, the Department of Public and Preventive Health has begun outreach programmes after an initially delay in vaccination programmes, says a source from the Tamil Nadu Health Department. The source adds, “We have an advantage with over 99 per cent deliveries happening in hospitals—both public and private. They are administered polio, BCG, and Hepatitis B before discharge. But now we have shifted our focus on vaccination programmes and we are scheduling extra sessions to bridge the gaps.”

In private practices, there have been delays with vaccine schedules for babies, says Dr Deepa. “Even with relaxations, I had just three patients who came in for vaccination today, as against the 12 or 13 who were due to get their babies vaccinated for DPT and pneumococcal disease. They are scared about visiting hospitals and worried about getting infected. In fact, we change the sheets and gloves in front of patients to assure them. But some seem to be weighing the risks of not vaccinating the baby against hospital visits,” she adds.