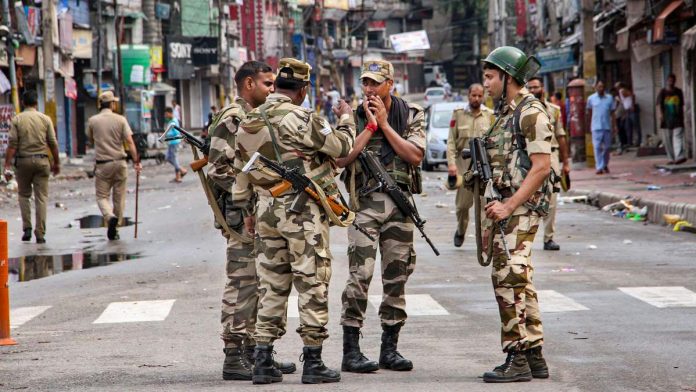 A false cavity under an Indian toilet or planting a steel box beneath a seasonal nullah or taking refuge in man-made cavities is a new trend emerging among terror groups in Jammu and Kashmir to play hide-and-seek with security forces after their stay with the local population turned out to be a high risk.

Police and Army officials feel that mounting pressure has forced the terror groups and their sympathisers to look for alternative hiding places after several encounters with security forces led to several casualties in the militant rank and file.

“Underground bunkers and false cavities are not a new phenomenon but of late we have had several such examples in south Kashmir. In one case, terrorists were hiding inside a septic tank of an Indian toilet,” says Director General of Jammu and Kashmir Police Dilbagh Singh.

Giving details about the incident, an official from the Army team, which detected the false cavity in March this year in the Watrigaam area of Anantnag, said that they noticed fresh white cement around an Indian toilet inside a house where an intelligence input suggested about the presence of terrorists.

“The broken tiles and newly applied white cement gave away the secret despite the presence of human excreta on the toilet seat to divert us…we started digging and received a fire from beneath. This resulted in the death of four Lashker-e-Taiba terrorists,” the officer recalled about the operation in March this year.

A similar incident, according to Army officials, occurred in the Lassipura area on the Pulwama-Shopian border in south Kashmir in 2019 when a house was searched at least six times and finally the septic tank was dug only to discover two terrorists hiding beneath.

“We have seen false walls in kitchen, bedrooms, drawing rooms in many hideouts of terrorists especially in south Kashmir,” DGP Singh, who was flanked by Inspector General of Police (Kashmir range) Vijay Kumar and Deputy Inspector General (South) A K Goel, told

All you need to know of India, US defence pact BECA

CBI probe in Hathras case to be monitored by Allahabad HC, says SC

Something wrong with her, says Trump as he mocks Harris’ laugh...