If you are one amante de café and are open to trying all the coffees available in the world, we have compiled a list for your coffee experimentation that’s sure to leave you high on caffeine.

The craze of Dalgona 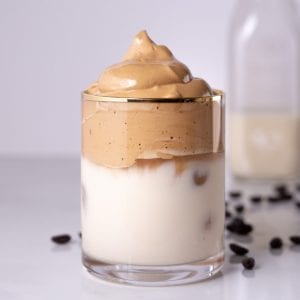 Dalgona coffee stormed the internet at a time of crisis but nothing could disarm netizens and caffeine addicts from trying out the new recipe. The latest coffee fad is a treat for those who like their caffeine shots chilled and loaded with ice cubes.

It comes with a frothy layer of whisked coffee on top that can be prepared by beating a mixture of coffee, hot water and sugar. Below the froth, there can be chilled milk and ice cubes, if you prefer. You can sprinkle some instant coffee powder on the top.

But how did it become a trend?

Reports suggest the Dalgona coffee trend started on video-sharing social network platform TikTok, and soon spilled over to other popular social networks like Facebook, Twitter, and Instagram. It derives its name from a South Korean toffee by the same name.

Besides Dalgona, there are several other coffee trends that can be easily tried at home without a hassle. And if you are looking for some exotic recipes to spend time during the  lockdown, here’s a list of a few unique coffee recipes that you can try: 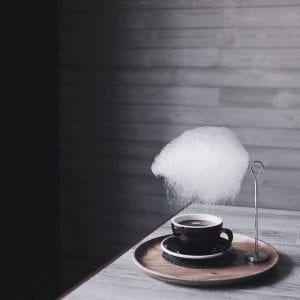 This isn’t what it sounds like. Caffeine addicts would probably opt for sugarless espresso, or black coffee, to sip on while watching the raindrops splatter from their balconies. But this one is more poetic! And unique.

The rainy coffee trend first appeared about a year ago, and soon became one of the most ‘instagrammable’ coffees ever. Food blogs suggest it was Shanghai’s Mellower Coffee that first introduced it as their signature ‘sweet little rain’.

So what is it like? Rainy coffee, or sweet little rain, is basically a black coffee that is served with a cloud of cotton candy suspended over it. Now take time to digest that. The candy cloud rains sugar in the coffee and sweetens it.

Think it’s hyped and gimmicky? Certainly, hanging a candy cloud is not the most effective way to sweeten your coffee, but it’s as whimsical as it could ever get in the history of coffee. Moreover, it could get messy at times. 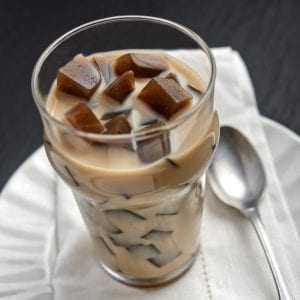 Coffee Jelly isn’t really a new trend but has made a comeback in recent times in terms of popularity. It’s a traditional recipe, introduced centuries back, and is easy to prepare at home. It was supposedly introduced in Japan where it gained immense popularity and then spread to the western world.

In this recipe, condensed milk is served with coffee cubes prepared with gelatin, sugar, water and instant coffee. To make the jelly cubes, add gelatin and sugar to freshly brewed black coffee; transfer it to a baking dish and refrigerate for a few hours. Cut the jelly into small cubes when it’s ready, serve it with condensed milk. You can add cream to the milk as well, if preferred. 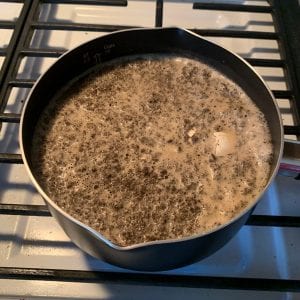 Rarely would you stumble upon a non-vegetarian hot beverage, but here it is. This recipe is known by various names: Norwegian egg coffee, Scandinavian egg coffee and Swedish egg coffee. Egg is indeed one of the ingredients, but food bloggers claim it won’t taste like egg.

To make this, beat raw egg, coffee grounds, and cold water into a paste. Then add it to boiling water and simmer for around three-four minutes. You can add some cold water to it to help it settle and then filter it. But before beginning, remember such trends are only whimsical.

The recipe has got mixed reviews, but try it before judging. It could be really bad in taste, suggest some bloggers, but nonetheless, the idea itself deserves attention. The criticism entirely depends on your preference. 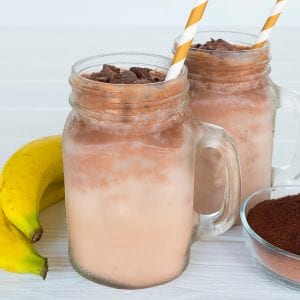 Fruit coffees are a wonder and you can use any fruit for this recipe depending on your preference and this perhaps is the easiest recipe ever. You just need a blender to prepare this exotic smoothie.

To make this, blend bananas, freshly brewed black coffee and coconut milk together until smooth. Add sugar according to taste. You can also add coconut flakes and chocolate sauce for topping.

Some food bloggers suggest you can add pumpkin puree to it. Other variations would depend on your choice of spices like cloves and cinnamon. Maple syrup can be added as well.