The passing away of legendary composer Khayyam on August 19 marked the end of an era for Hindi cinema that was known for its rich soulful melody.

Mohammed Zahur Khayyam, known by the mononym Khayyam, who died aged 92, was the last of a galaxy of golden age composers who built a collection replete with poetic melody that spanned over two decades, from the late 40s to the late 60s, till the arrival of a trendsetter called RD Burman.

Also read: Had there been paradise, Khayyam would have been its music composer

When the nation was wracked by troubles, it was these tune-smiths like Naushad, SD Burman, Madan Mohan, Salil Chowdhury, OP Nayyar, Shankar-Jaikishen and Ravi brought everything to stop and touched the hearts of everyone. And each of them had their own distinct style. If the tonga tempo was Nayyar’s forte, Naushad was known for classical compositions while SD Burman meant versatility and Madan Mohan’s immortal ghazals left a lasting impact.

Among these big names, Khayyam carved a niche that lasted over four decades.

The haunting Shaam E-Gham Ki Kasam from Footpath (1953) crooned by the inimitable Talat Mahmood and picturised on Dilip Kumar, was one of his earliest hits.

The same decade saw him team up with Raj Kapoor in Ramesh Saigal starrer Phir Subah Hogi (1958), with numbers like Chin-o Arab Hamara and Woh Subah Kabhi Toh Ayegi. Both penned by the revolutionary lyricist and poet Sahir Ludhianvi and crooned by Mukesh, almost in a mumble and staccato, solely driven by voice.

A melody for every decade

Khayyam had the unique ability to steal the show intermittently, even as the scene was dominated by new entrants like Laxmikant-Pyarelal, Chitragupta and Kalyanji-Anandji alongside Ravi. It was also a decade of collaborations — Dev Anand with SDB and Raj Kapoor with Shankar-Jaikishen.

The beginning of the 60s saw the rise of another Kapoor — Shammi Kapoor, with the 1961 superhit Junglee (music by Shankar-Jaikishen). Khayyam turned the spotlight on Shola Aur Shabnam in the same year with memorable numbers like Jaane Kya Dhoondhti (Mohammad Rafi), and Jeet hi Lenge by Mohammad Rafi and Lata Mangeshkar with lyrics by Kaifi Azmi.

Despite no tie-ups with a big banner or a big star, Khayyam did have his memorable collaborations like Azmi, who teamed up with him yet again in Aakhri Khat that introduced Rajesh Khanna to the audiences. The Chetan Anand flick also introduced Bhupinder Singh as singer and is best known for the Lata Mangeshkar number Baharon Mera Jeevan Bhi Sanwaro with a cascading echo effect, complementing the Himalayan backdrop.

A man for all seasons

The 70s was taken over by RD Burman who changed the equations for music in films. From musicals, the industry had changed to accommodate middle of the road experimental films alongside the angry young man action flicks personified by Amitabh Bachchan. So, when it was time for the angry young man to be a brooding and yearning poet, it was Khayyam’s turn to set the tune for his poetry by Ludhianvi in Kabhie Kabhie (1976).

The title track from the Yash Chopra movie has hence remained a timeless refrain for lovers till date.  Chopra’s revenge saga Trishul with a multistar cast demanded an equally formidable musical quotient, with Khayyam delivering them again with Ludhianvi through numbers like Mohabbat Bade Kaam Ki Cheez Hai and Kehte Darte Ho.

The last of the melodies

When filmmaker Muzaffar Ali chose to adapt the story of the famous Lucknow courtesan Umrao Jaan Ada set in the 19th Century in 1981, it was an ambitious project, for, the chronicle of a courtesan required not just grand settings and costumes, but also great music and poetry. 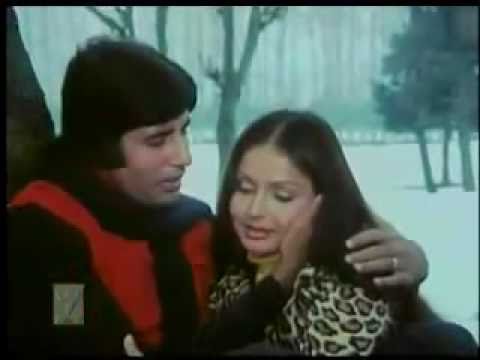 The 10-song album dominated by Asha Bhonsle’s rendition of some of the finest ghazals, picturised on a bewitchingly beautiful Rekha — having Dil Cheez Kya Hai, Yeh Kya Jagah Hain Doston, Justuju Jiski Thi and In Aankhon ki Masti — was one of the most memorable one ever composed, and Khayyam befittingly bagged the National Award for music.

In the following year, in Sagar Sarhadi’s Bazaar that dwelt on the contemporary issue of Muslim brides sold in Hyderabad, the Khayyam magic conjured up yet another album of abundant melody through numbers like Dikhayi Diye Yun, Phir Chidhi Raat and the pathos-filled Dekh Lo. Perhaps, the pinnacle of his career was in the 80s, with Kamal Amrohi’s Razia Sultan. Aye Dil-e-Nadan written by Jan Nisar Akhtar and sung by Lata was probably the most befitting finale.

When one looks back, despite being flanked by, and sometimes overshadowed by big names who guaranteed success, Khayyam’s unique music made a mark and has endured time to enthral audiences.