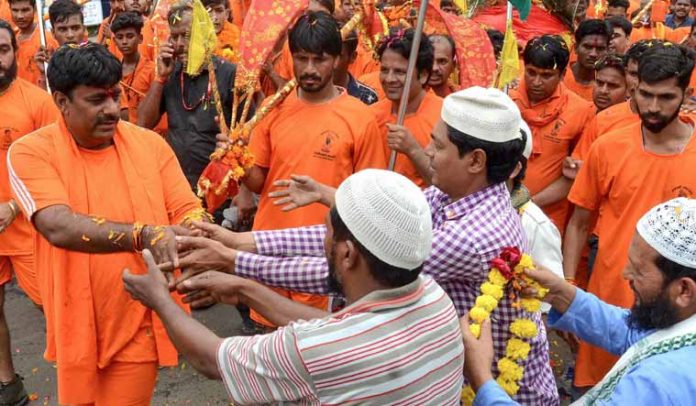 The survey titled 'Religion in India: Tolerance and Segregation' was conducted in 26 states among 29,999 people, speaking 17 languages and covered Hindus, Muslims, Christians, Jains, Buddhists among others.

About 65% Indians are against inter-faith and inter-community marriages, says a survey by a US-based organisation, which studied religious identity, nationalism and tolerance in Indian society.

The report prepared by Pew Research Centre, a Washington-based “nonpartisan fact tank”, is based on a face-to-face survey of 29,999 Indian adults conducted between late 2019 and early 2020 – before the COVID-19 pandemic.

The survey titled ‘Religion in India: Tolerance and Segregation’ was conducted in 26 states among 29,999 people, speaking 17 languages and covered Hindus, Muslims, Christians, Jains, Buddhists among others.

The survey assumes importance in the backdrop of some states passing laws to discourage inter-religion marriages in the name of ‘Love Jihad’, an unproven idea which is based on the premise that Muslim men lure Hindu women into marriage and then convert them into their own religion.

Strict no to marrying outside religion and caste

Two in three Indians said that it is very important for them that women as well as men be stopped from marrying out of faith. While most Indians believe India is religiously tolerant, they do not have faith in interfaith marriage, the survey has found.

About 80% Muslims said they do not want people from their religion to marry into another religion. A total of 65% Hindus share the same thoughts.

About 67 percent Hindus, 80 percent Muslims, 59 percent Sikhs and 66 percent Jains said they are against women marrying outside their religion.

Christians and Buddhists were found to be much more liberal in this regard. Among Christians, 37 percent said that women should not be allowed to marry outside the religion, while 35 percent said the same about men. About 46 percent Buddhists share the same thoughts.

Most Indians surveyed were also against men and women marrying in another caste.

Most couples follow the same religion after marriage. Very few people questioned said they were married to someone who currently follows a different religion than their own. All married people (99 percent) report that their spouse shares their religion.

When asked about the co-relation between faith and nationality, most Hindus said they “tend to see their religious identity and Indian national identity as closely intertwined”.

Nearly two-thirds of Hindus (64%) said it was very important to be Hindu in order to be “truly Indian”.

Most Indians (84%) say that to be called a “true Indian,” it is necessary to have respect for all religions. Indians also are united in the view that respecting other religions is a very important part of what it means to be a member of their own religious community (80%).

Also read: Why we are awash with conspiracy theories

People from all faiths said they are free to follow their faiths and most agree that people of other faiths also enjoy religious freedom.

So while people share values and religious beliefs, they do not necessarily “feel they have much in common”.