In Christopher Nolan’s Inception, a much-acclaimed science-fiction movie about entering other people’s dreams and planting an idea into their subconscious minds, we learn about a new job role — Dream Architect — who designs multiple layers of dream space, completed with aesthetic details.

If one were to draw a parallel to the dream architect’s role in the real world, who would that be? Someone whose ideas are so disruptive and magical that they almost seem unreal!

At 48, Musk has emerged as a leading innovator and the most daring entrepreneur of our time, experimenting with concepts that sometimes appear weird and funny. He dreams big, sets high benchmarks and factors in setbacks as part and parcel of the journey towards excellence in the chosen field. He is both the CEO and the foot soldier of his enterprises at the same time, leading the tech battle from the front.

Musk’s aerospace company, SpaceX, recently pulled off a remarkable feat of sending NASA astronauts to the International Space Station (ISS) orbiting the earth aboard its rocket and spacecraft, the first private enterprise to do so.

This mission marks a historic moment in space transportation and ends the monopoly of the government agencies in the sector. For the first time, a rocket and a spacecraft capsule entirely built by a private company were used to transport the NASA astronauts.

The first public-private partnership is set to dramatically transform the dynamics of space enterprise.

NASA has been grooming private industry to fill the shuttle’s shoes since 2010. In September 2014, the agency awarded multi-billion-dollar contracts to SpaceX to develop the spacecraft capsule “Crew Dragon” and fly six operational crewed missions to and from the ISS.

Face to face with future

The conversation with Musk is not for the faint-hearted. The ideas that he tosses around will make you feel dizzy with bewilderment.

If he is not talking about his plans to inhabit outer space,  revolutionize high-speed transportation or reinventing automobile technology, he is probably holding forth on his ambitious project “NeuraLink” which involves implanting chips into human brains to create mind-computer interfaces.

SpaceX is working on the idea of building passenger rockets capable of traveling to any city in the world in less than an hour, a form of transport Musk calls “Earth-to-Earth.”

Musk, who is worth over US$ 39 billion, has re-written the grammar of innovation and founded a string of companies to fuel his dream — from PayPal to Tesla, SpaceX, and SolarCity.

He has overcome a troubled childhood, dysfunctional family, and an abusive father and embarked on a journey of chasing improbable dreams, earning billions and making lot of enemies along the way. He has broken every convention, every tradition, and every standard that was there to be broken. 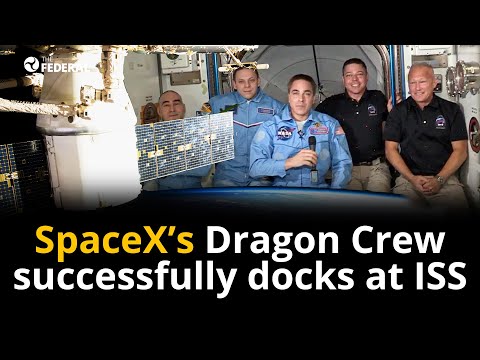 The entrepreneurial journey took him from small start-ups, Zip2 and X.com, to larger and more permanent ventures — SpaceX, Tesla, and SolarCity.

If his space colonisation plans prove successful, he will certainly find a prominent mention in the history books of the terraformed planets of the universe in the far away future.

Musk’s other dreams include converting automobiles, households and as much industry as possible from fossil fuels to sustainable energy; implementing a new form of high-speed city-to-city transportation via vacuum tube; relieving traffic congestion with a honeycomb of underground tunnels fitted with electric skates for cars and commuters; creating a mind-computer interface to enhance human health and brainpower; and saving humanity from the future threat of an artificial intelligence that may one day run amok and decide eliminate human species.

Taken together, Musk’s dreams, if fructified, will connect the planet and the solar system in ways that will fundamentally change humanity’s relationship to two of the most important facets of its reality: distance and time.

The scale of his disruptive skills can be gauged from the fact that he had practically no experience whatsoever in the two fields that he had chosen to enter — Car manufacturing (Tesla) and rocketry (SpaceX). And, he went to create the best products in those industries, as measured by just about any meaningful metric one can think of.

Tesla is now forcing other car manufacturers to phase out petrol/diesel cars and go all-electric.

In the process, he has managed to sell the world on his capability to achieve objectives that appear so lofty that they could be mistaken for fantasies.

He may have earned the rare distinction of starting four billion-dollar companies — PayPal, Tesla, SpaceX and Solar City — but, at the core, he is not a businessman but an inventor. A “technologist,” as he himself puts it.

It seems as an avid chess lover, Musk can see things several moves ahead.

“I was raised by books, books and books,” he had said in one of the media interviews. He had spoken bitterly about his abusive father and childhood loneliness.

Some of those books help explain the world Musk is building, particularly Isaac Asimov’s Foundation series. The books are centered around the work of a visionary named Hari Seldon, who has invented a scientific method of predicting the future based on crowd behavior. He sees a 30,000-year Dark Ages waiting ahead for humankind, and creates a plan that involves sending scientific colonies to distant planets to help civilization mitigate this unavoidable cataclysm.

Talking about his obsession with colonisation of the solar system and beyond, Musk says, “If we were a multi-planetary species, that would reduce the possibility of some single event, man-made or natural, taking out civilization as we know it, as it did the dinosaurs.”

Did you know that SpaceX and Tesla were, at one point, closer to going bankrupt? Did you know that the Falcon 1 rocket kept failing, and one more failed launch literally meant the end of SpaceX?

“If something is important enough, even if the odds are against you, you should still do it,” Musk was believed to have said when faced with a string of setbacks.

His journey to the top of the tech world has not been a smooth affair. It was rather a classic tale of overcoming hardships. Amidst the dot-com boom, Musk founded his first company Zip2 in 1995, a software company for online newspapers, along with his brother Kimbal.

Related news: From IIT-Madras to SpaceX, the dream journey of Avishkar Hyperloop

Zip2 was sold four years later to Compaq for US$ 307 million. Musk went on to co-found the company that ultimately became Paypal, which was sold to Ebay for US$ 1.5 billion in 2002. These early successes enabled him to start the ambitious space exploration company SpaceX in 2002, with the mission reducing the cost of space exploration and enabling the colonization of Mars.

In 2003, Musk also founded the electric vehicle company Tesla. These companies have both been on the brink of bankruptcy in 2008 and 2013, but a swift turnaround of events enabled them to survive. Tesla’s revenue has grown from US$ 15 million in 2008 to US$ 4 billion in 2015, while SpaceX entered into a long-term transport contract with NASA. Besides running SpaceX and Tesla, Musk has also invested in the solar energy company Solar City and in the Hyperloop project.