Encroachment of water bodies such as lakes, ponds, river banks are becoming a threat to water bird species across the country, feel birders.

According to Pronoy Baidya, a researcher at Indian Institute of Science, Bengaluru, in recent years, the number of Curlew Sandpiper’s migration to India has decreased drastically.

The main reasons for the decrease is the encroachment of water bodies, he says, noting, “Many of the wetlands are turning into dumping grounds.”

Curlew Sandpiper (Calidris ferruginea) has been given ‘star species’ status by experts in order to conserve the species and its habitat, under the National Action Plan for Conservation of Migratory Birds and their habitats along CAF (2018 – 2023), under the Union Ministry of Environment, Forests and Climate Change.

The other reason for the decrease, Baidya noted, was due to farmers abandoning agriculture.

“Mostly, agriculture happens in wetlands. So when these birds migrate to India, their faecal matter serves as a great nutrient for the crops. It is not only important that a migratory bird should be protected from other hazards like poaching, but its habitat — both breeding and wintering grounds — must be protected. It can be achieved only if all the countries located in the flyway cooperates,” he said.

Flyways are migratory paths of birds, which travel from one part of the world to another in search of food and hospitable habitats, and these paths include breeding areas, stop-over areas and wintering areas.

The ‘Central Asian Flyway’ (CAF), which largely passes through Indian sub-continent, is the shortest flyway in the world.

“It passes through 30 countries and ends with Indian sub-continent,” says S Balachandran, an ornithologist of BNHS and the author of ‘Indian Bird Migration Atlas’. 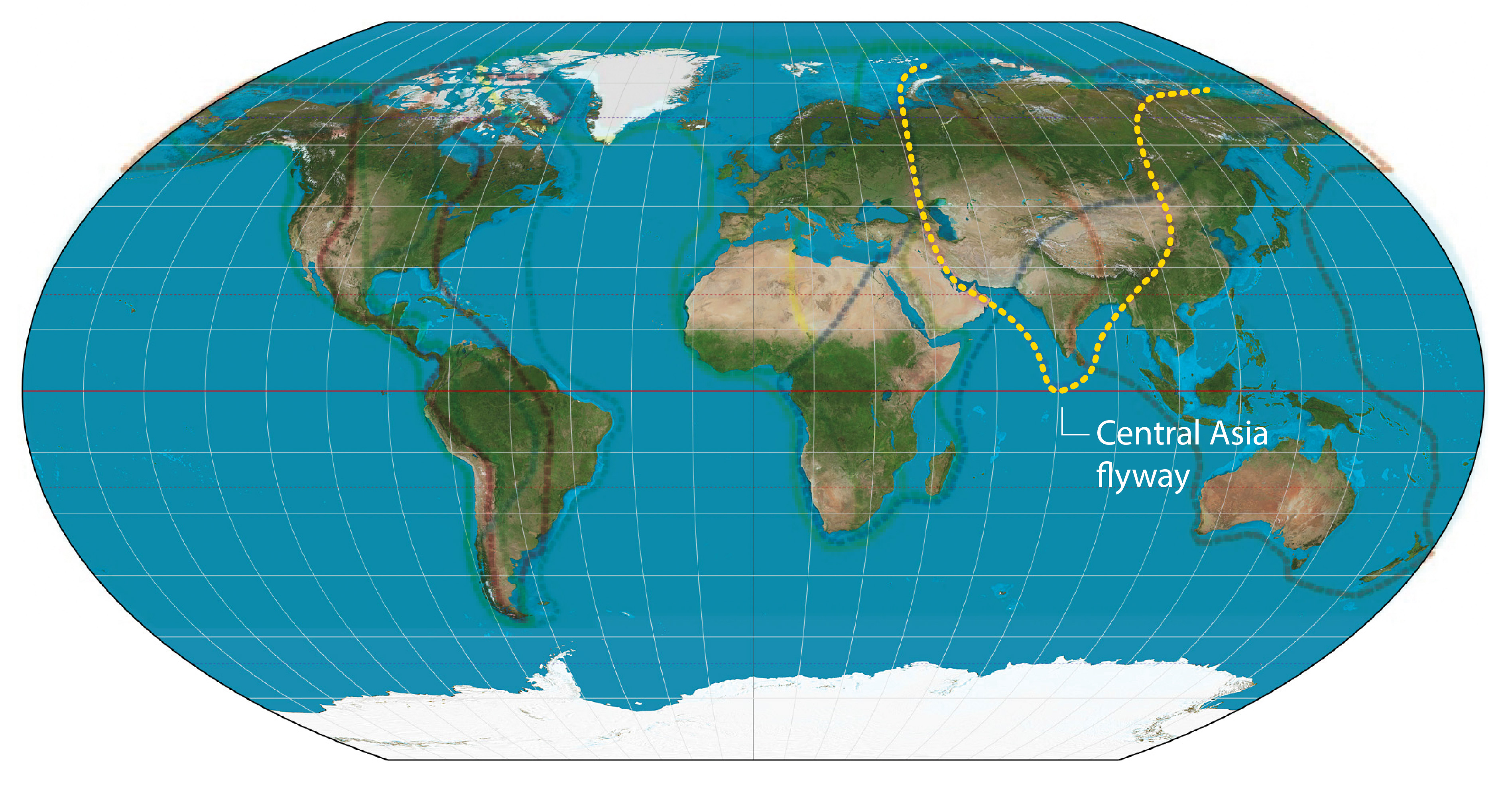 Close to 200 water bird species use the CAF, and this includes at least 30 threatened and near-threatened species.

In India, in 17 states, where this flyway passes through, the scientists have identified 48 wetlands, which needs to be conserved immediately, he added.

The observations comes during the 15 day Asian Waterfowl Census (AWC), a citizen science project carried across the continent. In India, the census is being carried between January 4 and 19.

Started in 1987, the census forms a part of International Waterbird Census, which celebrated its 50th anniversary in 2017. The census aims to monitor the number of water bird species found in water bodies in the country and thereby ensuring the conservation of wetlands.

“In Tamil Nadu, the water bird census is being carried from 1988. The Bombay Natural History Society (BNHS) was appointed as national coordinator and for every state in the country, a separate state coordinator was appointed,” says KV Sudhakar, Tamil State Coordinator of AWC and president, Madras Naturalists Society (MNS).

Also read | Demand for parrots as pets on the rise, species in peril

He claimed that for the first few years, Tamil Nadu was a forerunner in submitting the data, but due to communication gap, collating and submission of the data became wearisome. There was also no encouragement for birders, so the state climbed down from the top place, he added. 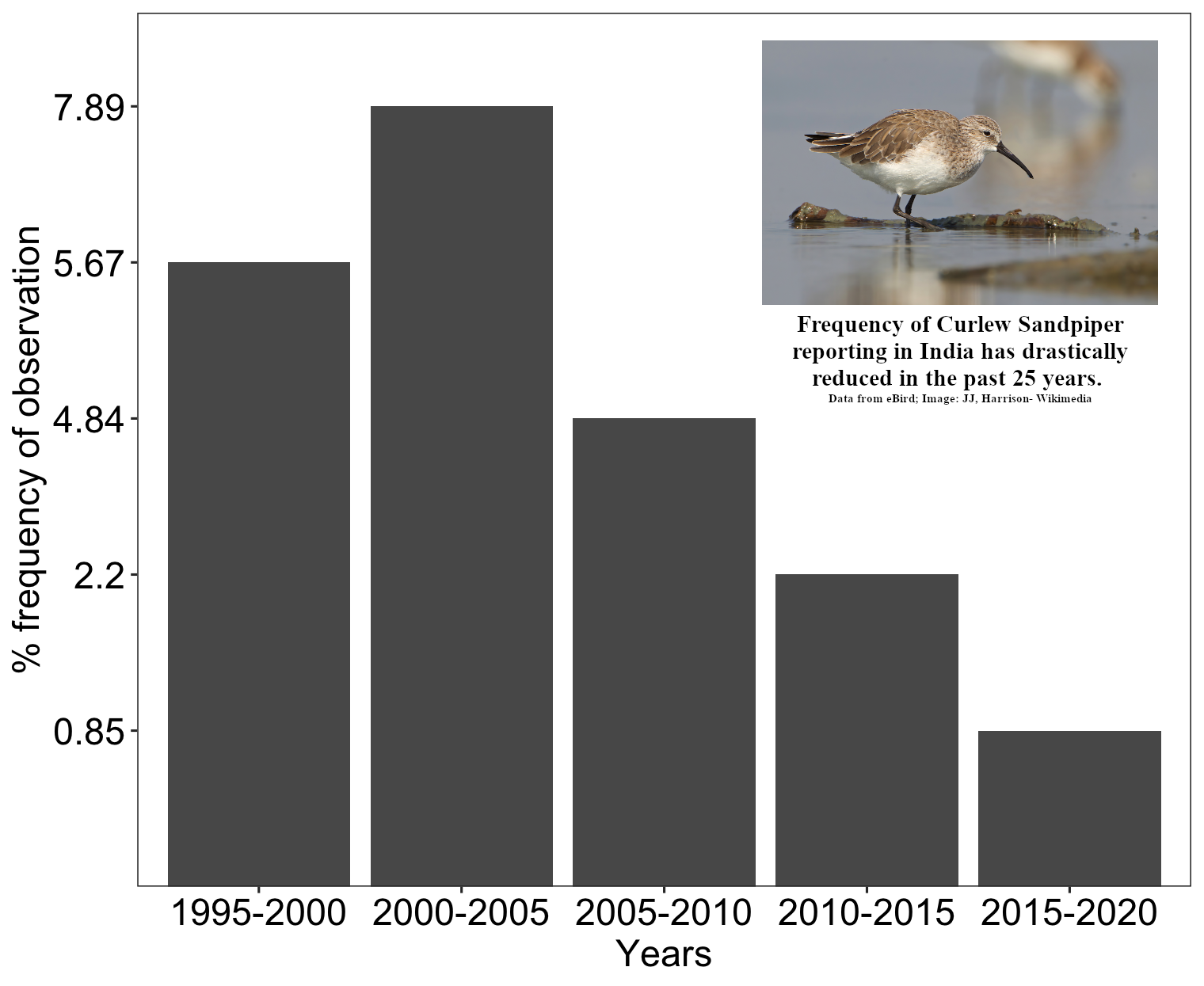 In order to strengthen the waterbird data from Tamil Nadu, this year, Pongal Bird Count, an initiative of Tamil Birders Network (TBN), is aimed to collect data exclusively on waterbirds.

“The initiative was kicked off in 2015, to encourage birdwatching in the state. This bird count usually carried for four days on the occasion of Pongal festival (January 15–19),” said P Jeganathan, a renowned ornithologist and coordinator, TBN.

“Since the AWC is linked with BirdCount India, from now onwards, we asked the birders to give importance to waterbird species,” he said.

It is to be noted that India is already a signatory of the Convention on the Conservation of Migratory Species (CMS) in 1983.