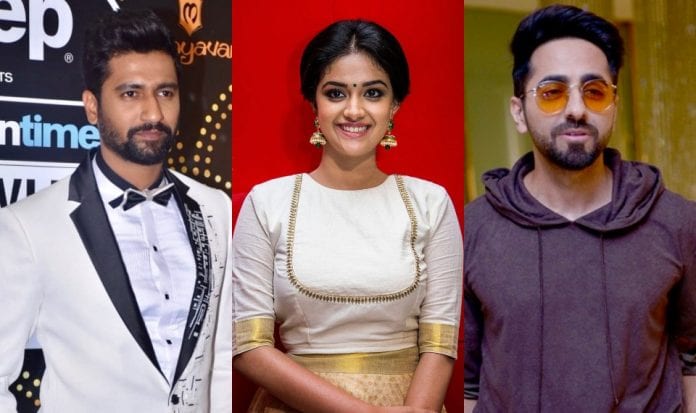 The winners of the prestigious national film awards for 2019 was announced on Friday (August 9) as jury members submitted their report to Information and Broadcasting Minister Prakash Javadekar with their final recommendations in various categories.

This is the 66th year of film awards. Following are the list award winners. Adhitya Dhar bagged best director award for Uri and the best feature film award went for Ellaru (Kannada).

Best actor was shared by Ayushmann Khuranna for Andhadhun (Hindi) and Vicky Kaushal for Uri (Hindi) and best actress was bagged by Keerthy Suresh for Mahanati (Telugu).

Every year the winners of the awards are announced in April and the presentation ceremony is held on May 3, which is when India’s first feature film is said to have its theatrical release in 1913. However, in April the ministry announced that the National Film Awards will be declared after the Lok Sabha elections.