Adding one more to the celebrity songs list amid the COVID-19 crisis, actor-politician Kamal Haasan and music composer Ghibhran have come together for a music video titled Arivum Anbum (Wisdom and love), which was released on Thursday (April 23).

The song on hope, positivity, and love was released by the actor using the Zoom application. He also spoke to over 50 journalists virtually from his residence in Chennai.

The music video is said to be an anthem for life after the COVID-19 pandemic. 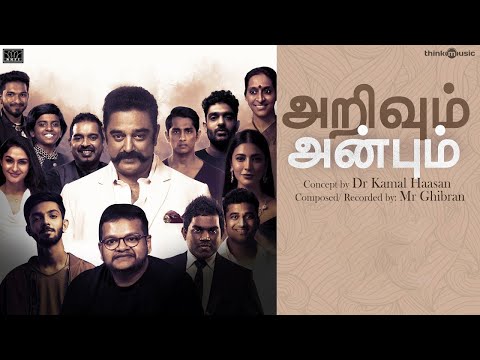 Talking to India Today, Ghibran said it was Kamal Haasan’s idea to come up with an anthem about how the world would function after the pandemic. The five-minute long song suggests only wisdom and love can help humanity overcome the crisis.

Haasan, who penned the lyrics in three hours, said the whole video production was truly a democratic process and each participant recorded his/her part themselves as none them could meet. “I have written the song and Ghibran has composed it and all the participants were on board just over a call. This collaboration has made me so proud of my tribe, not just locally but internationally,” Kamal said in a statement, as reported by Indian Express.

Arivum Anbum also features visuals of migrant labourers, highlighting the plight of the homeless and those stranded across the country away from their homes. “The idea was to convey that this is the time for humanity to rise above everything else,” Haasan told Indulge, which is part of The New Indian Express.