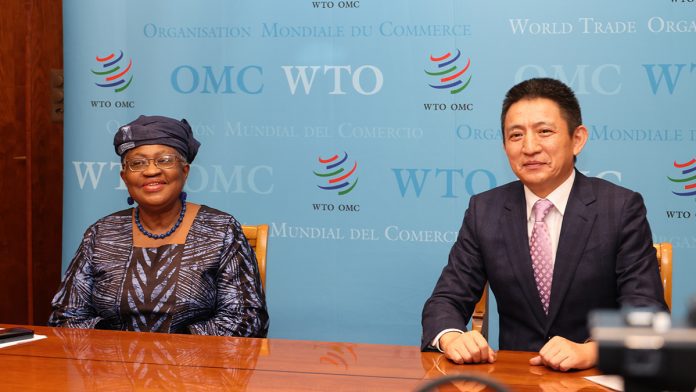 It turned out to be one of the best economic decisions taken by China, for it is now the world’s largest economy in purchasing power parity terms, the second largest measured at market exchange rates, and the largest trading nation, according to the WTO. With the accession, “over half a billion Chinese people were lifted out of poverty in two decades and China is now the largest trading partner for 120 countries, including the US,” the WTO noted.

However, it was not China’s success alone. The country has such a mammoth presence on the global platform that its success has had a direct impact on the growth of other economies as well. “As the factory of the world, China vacuumed up resources to fuel its production, including intermediate inputs, energy and raw materials from other countries,” said the WTO.

But the two decades have also been replete with controversies, one of the major ones being around China’s categorisation as a ‘developing’ economy. Other nations are arguing that China, now more an ‘upper middle-income nation’, is unfairly enjoying the benefits reserved for developing countries.

How a ‘developing’ tag helps nations

The WTO categorisation is somewhat akin to the Indian reservation system, where the underprivileged are given specialised treatment in education and jobs. The WTO grants developing economies specific rights via special and differential treatment (S&DT) provisions in its treaties. Such provisions allow those nations to implement agreements over a longer timeframe. They also benefit from commitments for better trading opportunities.

The WTO in principle is firm on governments scaling down support to industries. For developing nations, the norms are less stringent, so their governments are allowed to support their industries longer, in a more impactful way. For instance, India has been allowed to offer subsidies to its sugar industry, though it is now being disputed by countries such as Brazil, Australia and Guatemala.

The controversy perhaps stems from the lack of a well-defined matrix of parameters to decide which nation is developed, which is developing, and which is an LDC (least developed country). Member countries are required to self-declare their status, and their peers often don’t agree. Until recently, South Korea and Singapore were classified as developing economies.

What India, other nations are saying

The other nations are also charging China with indulging in unfair trade practices — these range from preferential treatment for state-run firms to poor enforcement of intellectual property (IP) rights. They say China should either reclassify itself as a developed nation or refrain from using the benefits offered to such economies.

How China is attempting ‘corrections’

China, which insists that it is still a developing economy, has conceded some ground, hinting that it may relinquish select benefits that come with the developing country classification. However, rather than altogether give up the ‘developing’ tag and the benefits it brings, the country is correcting its import policies so that some of the unfair trade practices charges are addressed.

The Chinese government has raised the foreign ownership limit in both the manufacturing and services sectors, and further allowed foreign companies in FTZs to enter the social research industry.

What could drive China to give up on its developing nation benefits is its keenness to join the Comprehensive and Progressive Agreement for Trans-Pacific Partnership (CPTPP), popularly called TPP-11. Membership with the CPTPP would entail substantially scaling down industrial subsidies to state-run firms, which China might go for. It may also agree to liberalise its data and cyber barriers, and enhance its labour and environmental standards. These would largely address the concerns of its peers at the WTO, too.