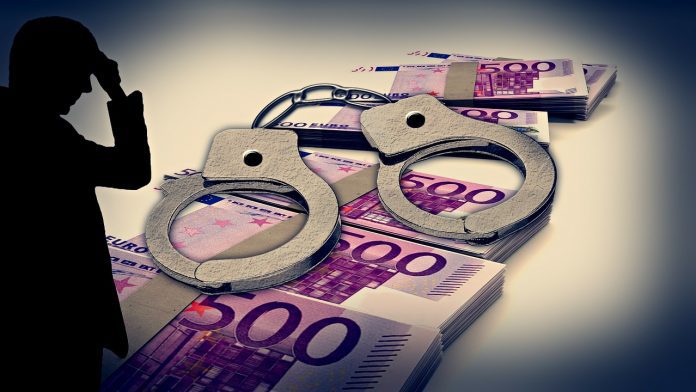 The data obtained by the International Consortium of Investigative Journalists (ICIJ) shows that people with financial might made use of global corporate services to set up about 30,000 off-the-shelf companies and private oversees trusts for their clientele, which included some 300 politicians.

A journalistic investigation carried out in 117 countries has thrown up 1.2 crore documents that reveal how wealthy and influential people evade tax, hide wealth and also indulge in money laundering.

The global investigation, termed Pandora Papers, was led by 600 journalists, who scanned files from 14 sources for several months before getting news stories that are currently being published all over the world.

The Indian Express has found and verified at least 380 people of Indian nationality who allegedly indulged in tax evasions worth crores of rupees.

About 1.2 crore leaked files, which includes 30 lakh images, about 10 lakh emails and approximately 5 lakh spreadsheets, form the basis of a solid investigation against the most influential people in the world for setting up offshore companies or trusts to evade taxes and keep their wealth under wraps.

The data obtained by the International Consortium of Investigative Journalists (ICIJ) in Washington DC, with help from 140 media houses across the world, shows that people with financial might made use of global corporate services to set up almost 30,000 off-the-shelf companies and private oversees trusts for their clientele, which included some 300 politicians. These companies were set up between 1971 and 2018.

The trusts/companies were operating in random tax jurisdictions, called tax havens, anywhere in the world, including counties like US, Singapore, New Zealand and others.

Lakshmi Kumar from US think-tank Global Financial Integrity told the BBC that these powerful people were “able to funnel and siphon money away and hide it” under the garb of shell or dummy companies.

The tax evaders use “professional services” to set up complex multi-layered trust structures for estate planning, in jurisdictions with deliberate loose tax structures, but are characterised by air-tight secrecy laws, stated the BBC, which along with The Guardian spear-headed the probe in the United Kingdom (UK).

Any similarities with Panama Papers?

Many. Both the investigations have successfully targeted offshore entities, initiated by individuals and corporates. The latest probe has documentary evidence to prove that tax evaders and their middlemen set up offshore entities, which were used in money laundering/evasion and, in some cases, even to fund terrorism.

The Pandora Papers reveal the dark underbelly of the corporate world and shows how trusts are used as a vehicle in conjunction with offshore companies set up for the sole purpose of holding investments and other assets by business families and ultra-rich individuals.

These are countries/territories where setting up trading companies is one of the main or rather the only economic activity. They offer lucrative opportunities for people from other nationalities, who seek to reduce their tax burdens, while keeping their identities a secret. This makes it difficult to identify the true beneficiaries of a particular company.

These tax havens often hesitate to share information with enforcement directorate authorities from other countries.

Need for formation of trust

A trust is nothing but “a fiduciary arrangement where a third party, referred to as the trustee, holds assets on behalf of individuals or organisations that are to benefit from it”. Legally valid trusts are formed for estate planning purposes and succession planning and help large business families to consolidate their assets — financial investments, shareholding, and real estate property, reveals The Indian Express.

Legal aspects of a trust

A trust can be formed under the Indian Trusts Act of 1882. Legally speaking, India does not consider a trust as a legal person/entity. For the legal system here, the trust is “an obligation of the trustee to manage and use the assets settled in the trust for the benefit of ‘beneficiaries’”.

The law in India gives recognition to offshore trusts, set up in other tax jurisdictions, provided they are not used to

d) Insulate it from creditors to whom huge moneys are due, and at times to use it for criminal activities.

But, why are overseas trusts formed?

It has been found that the big and the powerful people often form overseas trusts for two main reasons:

1)      To park ill-gotten wealth without their real identities getting disclosed. So, even if the income tax (IT) sleuths tap the money trail, they cannot reach the people who actually invested the money.

2)      To keep their investments safe from creditors and law enforcers.

So while there are many who form trusts for genuine reasons, there are many more who do so to keep their undisclosed wealth hidden away from taxman. The tax evaders set up such trusts in known tax havens which offer relative tax advantages. Samoa, Belize, Panama, and the British Virgin Islands, Singapore, New Zealand…to name a few, are favourite tax havens.

How tax is levied on offshore trusts?

The Black Money and Imposition of Tax Act of 2015 makes it mandatory for Indian residents to keep the IT authorities informed about report their foreign financial interests and assets. The condition does not apply to NRIs though.