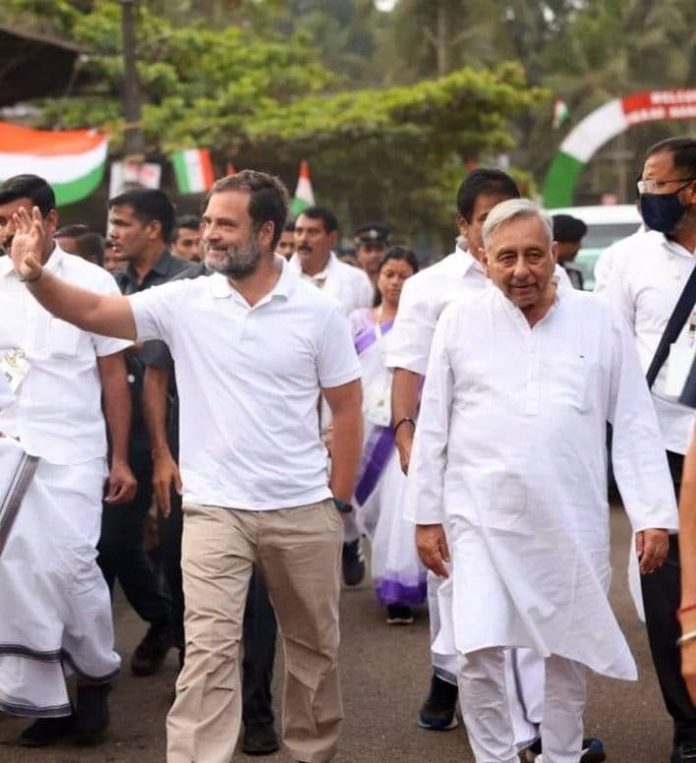 In July 2020, Congress veteran and former Union minister Mani Shankar Aiyar wrote in a column for The Indian Express: “There is something of King Lear about Rahul Gandhi. Those he loves the most are the first to betray him. Those he loves the least are those who remain with him. I should know”. Aiyar had long been sidelined within his party, he still is, but had remained loyal to it.

When Aiyar wrote that column, Sachin Pilot’s rebellion against Ashok Gehlot was underway in Rajasthan. Jyotiraditya Scindia had, months earlier, scripted the downfall of the Kamal Nath-led Congress government in Madhya Pradesh by defecting to the BJP. 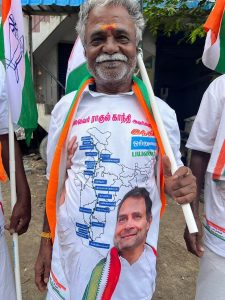 Both Scindia and Pilot were known to enjoy proximity to and confidence of Rahul Gandhi; Pilot still does. Aiyar, on the other hand, had spent over three decades in the Congress, which he had joined in 1990 after quitting his job in the Indian Foreign Service, but was now on its margins.

Aiyar’s controversial remarks targeting Prime Minister Narendra Modi in the run-up to the 2014 Lok Sabha polls and the 2017 Gujarat Assembly polls, coupled with his tendency to mince no words even while critiquing his own party, had made him an outcast within his party, particularly after Rahul began calling the shots on organisational matters.

Over the past two years, the few occasions when Aiyar made headlines were those when he extended support to the demand for organisational reforms in the Congress, put forth by the so-called G-23 leaders, or when he attended a dinner at the residence of Ghulam Nabi Azad (Azad had not quit the Congress then) along with other ‘rebel’ leaders in March 2022.

Yet, despite ostensible signs of his growing frustration with his party, Aiyar has been intermittently joining Rahul Gandhi’s Bharat Jodo Yatra for short stretches ever since it began trudging northwards from Kanyakumari on September 7. The Federal caught up with the 81-year-old Aiyar in Madhya Pradesh’s Sanwer. Edited excerpts from the exclusive interview:

You have been joining the yatra in different states. What convinced you to be a part of it?

The way I see it, and I am glad that Rahul and the Congress party have also repeatedly made this distinction; the Bharat Jodo Yatra is not a political campaign but a social movement. It is a movement to preserve the idea of India that the leaders of India’s independence struggle, Mahatma Gandhi, Jawaharlal Nehru and all others, envisioned and one that the BJP under Narendra Modi now wants to quell at any cost.

Opinion: Why Bharat Jodo Yatra shouldn’t be seen in terms of immediate votes

What is the core message of this yatra? It is not to garner votes for the Congress. The message is of love, brotherhood, syncretism and synthesis; to bridge the rift between communities, regions and so on that the BJP has, over the past few years, tried to widen for petty electoral gains.

I feel it is not just the responsibility of those who are fighting the BJP politically but also of every citizen of this country who believes in the idea of an inclusive, tolerant, democratic and syncretic India to now stand up and be counted, this is what the Bharat Jodo Yatra has set out to do.

But you cannot deny that the yatra has a political side.

I agree, but what is the harm? The values and the message for which the yatra was launched are the same that the Congress party and its founding leaders worked for and which guided policy-making and administration by successive Congress governments after 1947.

Perhaps, the reason why the Congress consistently lost its electoral space in recent decades was that the party deviated, maybe not intentionally, maybe due to compulsions created by the way politics was evolving through the 1990s and after, from these guiding principles.

I see the yatra as a sign of the Congress returning to its roots; to its true character of a movement for social change, emancipation and amity.

Do you think the yatra is helping in the revival of the Congress or in making Rahul more acceptable as an alternative to Modi?

Just look around you. I joined the yatra in Tamil Nadu, in Kerala and am now in Madhya Pradesh. The politics of each of these states is very different as are the strengths and weaknesses of the Congress. But while travelling with the yatra in each of these states, I could see a genuine outpouring of support from the common masses for Rahul and what this yatra is trying to achieve.

The crowds you see are not of Congress workers alone but draw substantially from the common citizenry. This shows that not only has the yatra galvanised the party but has also succeeded in getting the attention of the people at large.

The issues that Rahul is raising, unemployment, farmer distress, economic challenges, communal disharmony, are issues that concern every citizen in one way or the other. I am glad that despite the many provocations by the BJP, which is clearly rattled by the response to the yatra and has nothing better to do than to attack Rahul on his T-shirt, shoes or beard, Rahul is not getting drawn into a slanging match with Modi or the BJP.

He is sticking to the issues he set out to raise and you can see that people from all walks of life are voluntarily and excitedly coming in droves to meet him. They want to be heard and Rahul is listening.

At an organisational level, I also see the response to the yatra as a validation of what I have been saying all along, that the Congress exists everywhere but, for whatever reasons, it had become dormant, lethargic in recent years. Party units in every state that the yatra has passed through have proved that when motivated enough, they can deliver the goods.

When the yatra began in September, many of our forever-eager critics were quick to prophesize that the yatra would lose steam once it entered the Hindi belt. We are now in the Hindi belt, and Rahul’s public meeting at Rajwada (in Indore, on November 27) was a massive success.

I do not think even his rallies in Kerala drew the kind of crowd that he attracted in Indore and this is despite the fact that Indore has been a BJP bastion for decades. Rahul has succeeded in invigorating the organisation at the state, district and block levels with the yatra but now it is up to these state and local leaders to follow up and build on the momentum.

Is there an evolution you also see in Rahul as the yatra carries on?

I think he has come a long way. I have no hesitation in saying that 10 years ago, Rahul Gandhi was a poor orator and that creates obvious problems for anyone in politics. He was also a reticent leader and this did create a gulf between him and the people.

With this yatra, I can see he has matured not just as an orator but also into a people leader. I always felt that there was a very strong philosophical side to the politics that Rahul wanted to practice but he could not communicate that to the people. Today, he does that much better and it is easier for people to relate to what he is saying.

Look at the way he made a distinction between how he and the Congress see tribals as adivasis or the original inhabitants of this land while the BJP sees the tribals merely as vanvasis or forest dwellers.

Through the yatra, when he meets delegations of women, farmers, local traders, tribals, Dalits, students and so on, you can see he isn’t faking an interest in what they have to say but that he is genuinely concerned for their well-being and these people too return with a feeling of being heard, of warmth towards him, of understanding that behind the fake public persona that his critics have created of him, there is a leader who is caring, patient and interested in knowing his people and their problems, unlike Modi who only engages in one-way communication. I would say there are glimpses of Nehru in the Rahul you see at the Bharat Jodo Yatra.

You have been a life-long admirer, even disciple, of Nehru. Does the Bharat Jodo Yatra mark the Congress’s return to Nehru’s idea and vision of India?

I would not want to go into whether the party deviated from Nehru’s vision but I do agree that in the Bharat Jodo Yatra there is a very strong reflection of Nehru’s Discovery of India. You have to understand that Nehru’s ideas and vision for this country were shaped by his personal and political experiences during the struggle for India’s Independence.

The ideas that he pursued in governance after becoming Prime Minister of India in 1947 were shaped by his deep understanding of this great country but when he talked about democracy, socialism, non-alignment, and so on, few fully understood their importance for this country. Yet, Nehru and his colleagues worked hard to realise a certain vision for this country which laid the foundations of what we were to become in the subsequent decades.

With passage of time, some of those ideas perhaps need to be rebooted with a more current perspective but that doesn’t mean that those ideas, per se, are outdated. The basic vision of Nehru was for an India that celebrates its diversity, culture and traditions while moving towards modernity, economic prosperity and an egalitarian society.

The BJP’s view of India as a majoritarian Hindu Rashtra is a complete antithesis of the Nehruvian idea of India and the risks of allowing such a majoritarian state to be established are obvious. The Bharat Jodo Yatra is, as I have said earlier, a movement to keep alive the idea of India that Nehru and our founding fathers had for this country and if it brings the Congress back to embracing all that Nehru stood for, it would not just be good for the party but for this country.