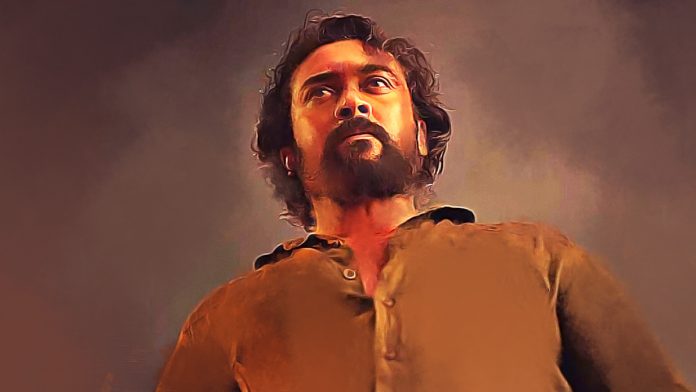 Suriya will be seen next in a romantic short film directed by Gautam Menon for the Netflix anthology, Navarasa to release on August 6

A committed lawyer fighting for the oppressed, a young musician in love in a short film helmed by Gautham Menon, a jallikattu fighter in a Vetrimaaran directorial and a bloodied, sword-wielding character in ‘Etharkkum Thunindhavan’.

These are just some of the roles Tamil actor Suriya is all set to essay on screen in the coming months. Suriya, whose performance as Captain Gopinath in the biopic, ‘Soorarai Pottru’, was much appreciated, seems to have an impressive line-up of films in his kitty of late. The busy actor gave a clue what to expect from him in the coming months, when he tweeted on his birthday (July 23) the first look poster of his upcoming film, ‘Jai Bhim’, in which he is seen as a lawyer.

Directed by TJ Gnanavel, (who had made ‘Kuttathil Oruvan’) ‘Jai Bhim’ stars actor Rajisha Vijayan (of ‘Malik’ and Mari Selvaraj’s ‘Karnan’ fame) opposite Suriya. The poster shows a reflective, serious-looking Suriya in a lawyer’s attire, with a group of people, who look like tribals in need of help in the foreground. Incidentally, Jai Bhim is a form of greeting used by followers of Ambedkarism and literally means “Victory to Bhim”, referring to B R Ambedkar.

Suriya, who has played complex characters like Sanjay Ramasamy in ‘Ghajini’, Anbuselvan in ‘Kaakha Kaakha’, Sakthi in ‘Pithamagan’, will also be seen in the Pandiraj directorial, ‘Etharkkum Thunindhavan’. The actor, who began his career in 1997 with ‘Nerukku Ner’ has starred in 39 films. 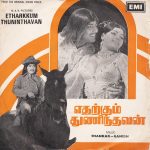 ‘Etharkkum Thunindhavan’ will be special since it will be the actor’s 40th and the first look trailer of the film was unveiled on July 22. The 40-second teaser shows the actor walking into a shed or factory with a gun and a sword shooting and killing people. He is seen dragging a body and then walking off with the bloody sword in his hand.

A report in BehindWoods said his father, veteran actor Sivakumar had acted in a film with the same title, which had released in 1977. The poster of the same has gone viral on Twitter as fans are speculating if Suriya has stepped into his father’s shoes for the role in the film, added the report. 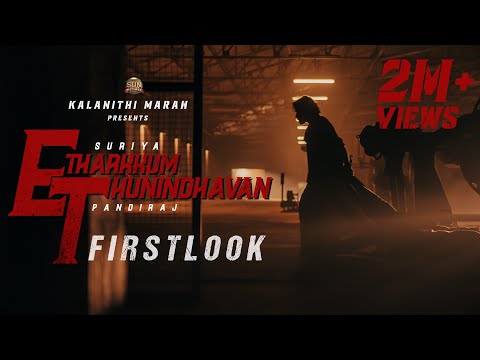 It is a dream for any Kollywood actor to act in a Vetrimaaran film. For talented actor Suriya, the chance came when he bagged the role of the main lead in Vetrimaaran’s ‘Vaadivasal’. The project, based on a popular Tamil novel of the same name, marks the maiden collaboration of Suriya and acclaimed, award-winning filmmaker Vetrimaaran. ‘Vaadivasal’, based on a story written by CS Chellapa, will unfold against the backdrop of Jallikattu, the ancient sport practised in Tamil Nadu, and it will revolve around the taming of the bull ‘Kaari’ by Picchi, whose father Ambulithevan was gored to death by the bull. 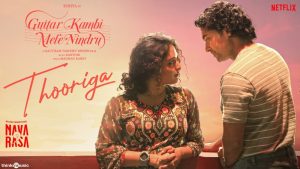 Newspaper reports said that Vetrimaran has struck up a deal with Kalachuvadu, the publisher of the novel and C. Subramanian, the son of Chellappa. The writer Chellappa had a passion for bullfighting, an interest he had picked up when he was in Vathalakundu in Dindigul district and had collected all the details of the sport, the life of bull-tamers and how the bulls were reared before he penned his story, said The Hindu. Kalyanaraman has translated the novel into English, and it was published under the title ‘Arena’.

While it is not clear when these films will release, his short film helmed by Gautam Menon titled ‘Guitar Kambi Mele Nindru’ for the Netflix anthology film Navarasa, will start streaming from August 6. The actor, has reunited with his ‘Vaaranam Aayiram’ director after a gap of 13 years in this short film. This is one of the nine films of Netflix’s ‘Navarasa’, which is based on nine emotions, and has been jointly produced by Mani Ratnam and Jayendra Panchapakesan.

Suriya pairs up with Malayalam actor, Prayaga Martin (Pisaasu fame) to essay a romantic role in this short. A still from the short film, showing the lead actors, who play Kamal and Nethra, listening to music recently went viral.